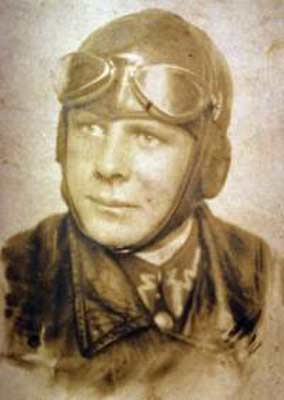 He learned to fly at Lodz Flying Club and after joining the Polish Air Force he was posted to the flying school at Krosno as an instructor.

After the German invasion he escaped like many Polish airmen through Romania to France. Rather then enlist in the Polish contingent of the French Air Force he went on to England, arriving in February 1940. He was processed into the RAF as a Sergeant and sent to 5 OTU Aston Down to convert to Spitfires, after which he joined 54 Squadron at Hornchurch on 9th August 1940.

At his own request he moved to 303 (Polish) Squadron at Northolt on 16th August.

He spent some time in the RAF Hospital Halton, cause unknown, being discharged back to 303 on 8th November 1940. He was posted to the Polish flying school at Hucknall on 29th December 1940.

Still an instructor, Switon was posted away on 2nd August 1941 to No. 1 General Reconnaissance School in Canada, not returning to the UK till December 1944. He went to 60 OTU for advanced flying training, flew as a staff pilot at 16 FTS Newton and later instructed there.

Switon was released in 1946 as a Warrant Officer.

Switon emigrated to Argentina and worked in civil aviation.