Time to Pass this Site along to the next group! 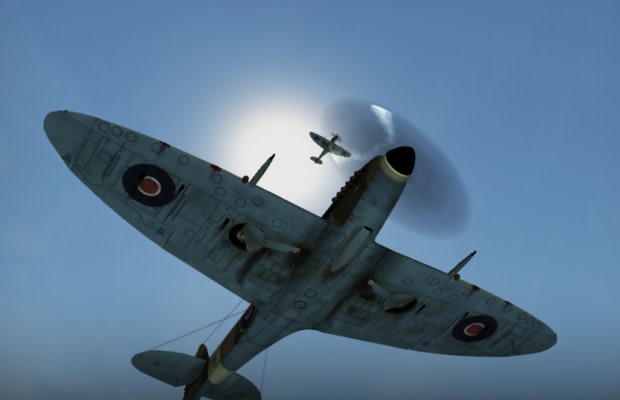 Here at allspitfirepilots.org, we've built the world's largest and best collection of Spitfire pilot biographies going into extra-ordinary detail matching pilots to their squadrons (and other squadron pilots), the specific aircraft they flew, with the ability to ask questions, leave a comment, post a picture, or follow a particular pilot (get informed when others add information). Launched in 2015, there has now been 5 years of global contributions including heart-wrenching stories, humorous incidents, recollections from pilots and sons and daughters, legacies preserved.

As the creator (and software developer) of this site, it has been an absolute pleasure to create this very personal and historical site and make it database driven so that the collection of material grows. Being a global resource, submitters (often family members) have posted otherwise 'lost to the attics' material and imagery. They have been able to both add and seek out more information on pilots. Spitfire Pilots from the UK make up a significant number, but so do the Poles, Canadians, Americans, Czechs, Australian, Dutch, Norwegians, South Africans, Belgians, French and so on. Then there are the pilots from India (one in particular still alive and contributing to the site), Brazil, and even the Caribbean. On the aircraft side, the entire Spitfire database allows images from theatres of operation to be posted, it's been humbling to see these snapshots of aircrew working on an aircraft.

Stories of rescues, tragic air accidents, battle, aces of course, and escapes, harrowing photo recon -- you name it, we've had them all come in. Could the site lend itself to a book, for sure, relatives and enthusiasts that enjoy sharing information are in touch with the editor(s) of this site and I am happy to pass that information along.

As a software developer, I decided that this project was ideal. A potentially large global database of both pilots and aircraft allow for linkages, and, new discoveries. The site is written in one of the very best frameworks for custom software development, laravel, and, it's up to date. I am willing to do more technical work, or, help a new group or museum add features if required. Generally the traffic sits at an impressive 2,000 unique visitors a month, with new content being added constantly.

I operated the site to collect the human stories, not just the aces and not just in battle, but pre-war, post-war and of course, the very detailed specifics within theatres of operation and service. Each pilot now has an anchor for new information and a legacy of flying perhaps the most incredible aircraft of it's time.

Another benefit to the site, as a researcher, actual trips are possible. Where you take the site is your decision, just last year I cycled the South Downs Way in England on the Southern Coast and visited a number of sites, and held a meet up. Without question, Capel le Ferne Battle of Britain memorial was a highlight, and, on the anniversary of the Battle on Battle of Britain day. Where will this site allow you to travel and research; Malta, Germany, Italy, the Croatian Coast, Russia, EFTS sites in Canada and the States, France or perhaps India. The remnants of airfields and the sites are there for you to explore, there are interviews and information to collect from enthusiasts around the world, virtually or in person once COVID ends. In the meantime, I am looking for an enthusiast or association to take the site to new heights.

The cost, not very much. I donated all my time to build the custom software and host. So I'd like to recover some hosting costs. I am in no real rush, but I do believe a group with aligned efforts, possibly one in the UK itself, would benefit and in turn, grow the audience for this site.