A call out to 601 Squadron enthusiasts for Pilot Pic 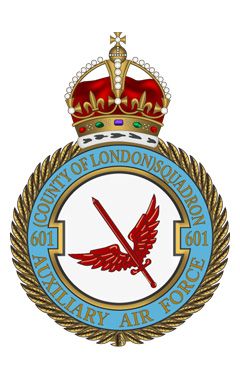 A contributor to the site (nephew of P/O Brian Raises) reached out to us with a request to help him find a picture of his uncle, who was killed in 1942 near Tripoli and whose aircraft was never found. If any 601 squadron enthusiasts may have some photos and can identify Brian Raises, his nephew would be very pleased.

We've pressed our senior editor (Kevin Charles) whose interest is also North African and Italian campaigns of the air war, and Kevin indicates his "finger prints" are all over the internet, but no images seem to exist, at least on an initial search.

"I am the last of his living relatives as both his sisters ( one of whom was my mother ) have passed and there is no one else. Here is a bit of background;

Pre war he studied law in London, however flying was his passion so he pursued that instead, joining the RAF when war broke out. He served with

My Auntie refused to speak of him as it was such a painful memory for her. My mother would occasionally answer questions if I pressed the matter, but it was something they never got over.

I have always been fascinated by WW2 aircraft probably due to my Uncle, and researching him over the years has been my way of paying my respects to him and his ultimate sacrifice.

As I am the last of the family line I would dearly love to acquire a photo of him."

If anyone should have further information, it's as simple as reaching Brian's pilot page on this site here and upload an image or perhaps add a comment indicating something about 601 at about the time Brian Raises served with the squadron. As we've found in the past, relatives often like to hear about squadron mates and what the shared experience was like.

Braham Raises was a student at Melbourne High School and there are photos of him in the school magazine. Contact the Archives for a copy.
reply