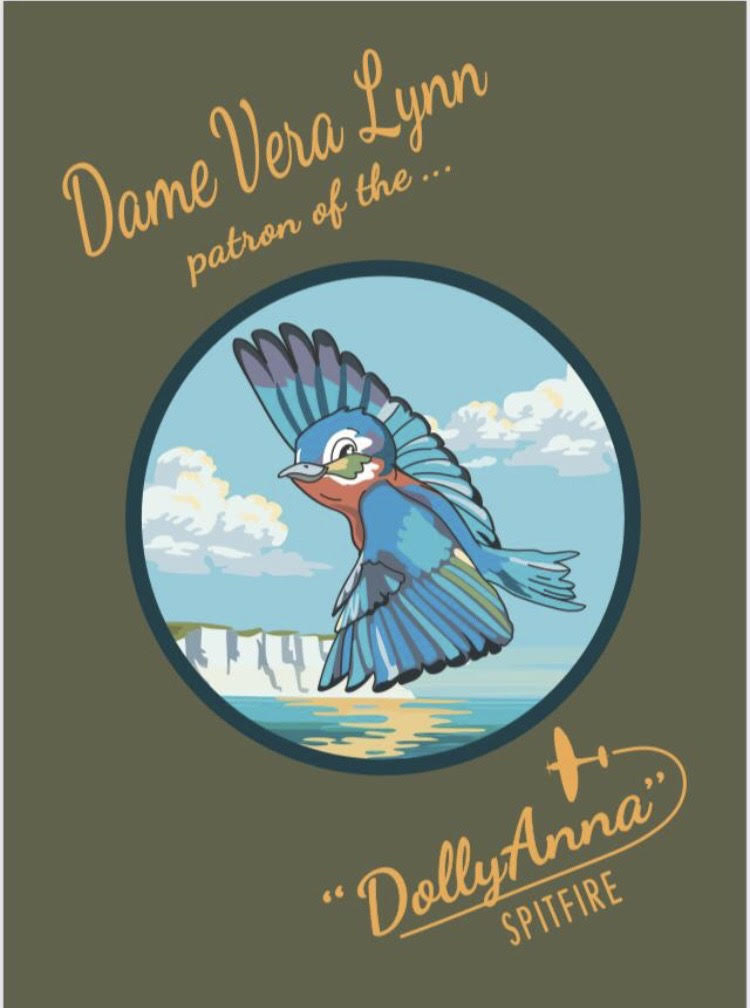 Editor's note: Our chief editor Kevin Charles has been assisting the Dollyanna Spitfire project by helping track down hundreds of pilots who flew in Spitfires for which parts have been recovered to create the Dollyanna Spitfire Memorial. A project that couldn't align better with the objectives of allspitfirepilots.org, where we seek to memorialize all Spitfire pilots via the contributions of family members, enthusiasts, and our editors.

A project embarked upon some 27 years ago by Andy Barton was to build a MkII Spitfire in various sheds and the garage in his back garden within a Sussex seaside town is nothing less than a task of titanic proportions.

Over the years Andy has tirelessly spent hours building this project. There are many spitfire projects ongoing around the globe, what makes the ‘Dollyanna’ unique, is the fact that all the parts used uses are from original wartime flown and crashed spitfires accompanied by the pilot’s history with provenance confirmed spitfire serial number so making the DollyAnna almost a kind of a museum to the spitfire.

With 127 histories built into the one airframe to date, even the smallest piece the size of a 10p piece of skin of molten crash metal is enough to remember a pilot and spitfire as these are to melted down to make the Memorial propellor for the spitfire, one feature of DollyAnna is that parts used come from MkI right through to MkIX due to their interchangeability within those Mk’s and in fact some later Mk’s still carried the early prefix 300 numbers too which indicate their compatibility with early Mk’s. This enables Andy to memorialize more pilots and spitfire Mk’s in the build. Despite this multiple Mk compatibility DollyAnna is very much a MkII. By far the most used Spitfire metal used in the build are MkII and from MkI’s of which most crashed in the Battle of Britain.

One of Andy Barton’s greatest achievements was obtaining the endorsement of the late great Dame Vera Lynn “The Forces Sweetheart”.

Incredibly Dame Vera became the patron in the year she died at 103 and even took the time to dictate a letter to her PA and sign it with that famous signature as well as also signing the DollyAnna Spitfire cockpit door too, an incredible lady adding new causes close to her heart without stop. The DollyAnna project members feel hugely privileged to have become her final goodwill project.

Dame Vera Lynn is celebrated and remembered on DollyAnna’s nose art as a Bluebird flying over the white cliffs of Dover.

Since The loss of Dame Vera Andy has been thankful to have the ongoing support of Dame Vera’s Daughter Virginia Lewis Jones and husband flight Lieutenant Tom Jones, a retired RAF Chinook pilot with 18 squadron ( Falklands).

When complete The DollyAnna will be a fully functioning but rather quiet static display spitfire. This has always been the goal but many of the goal posts have moved throughout this project, the addition of Dame Vera being one as an example, so who knows? Perhaps DollyAnna’s engine roar to life on the tarmac of a south east England Museum one day.