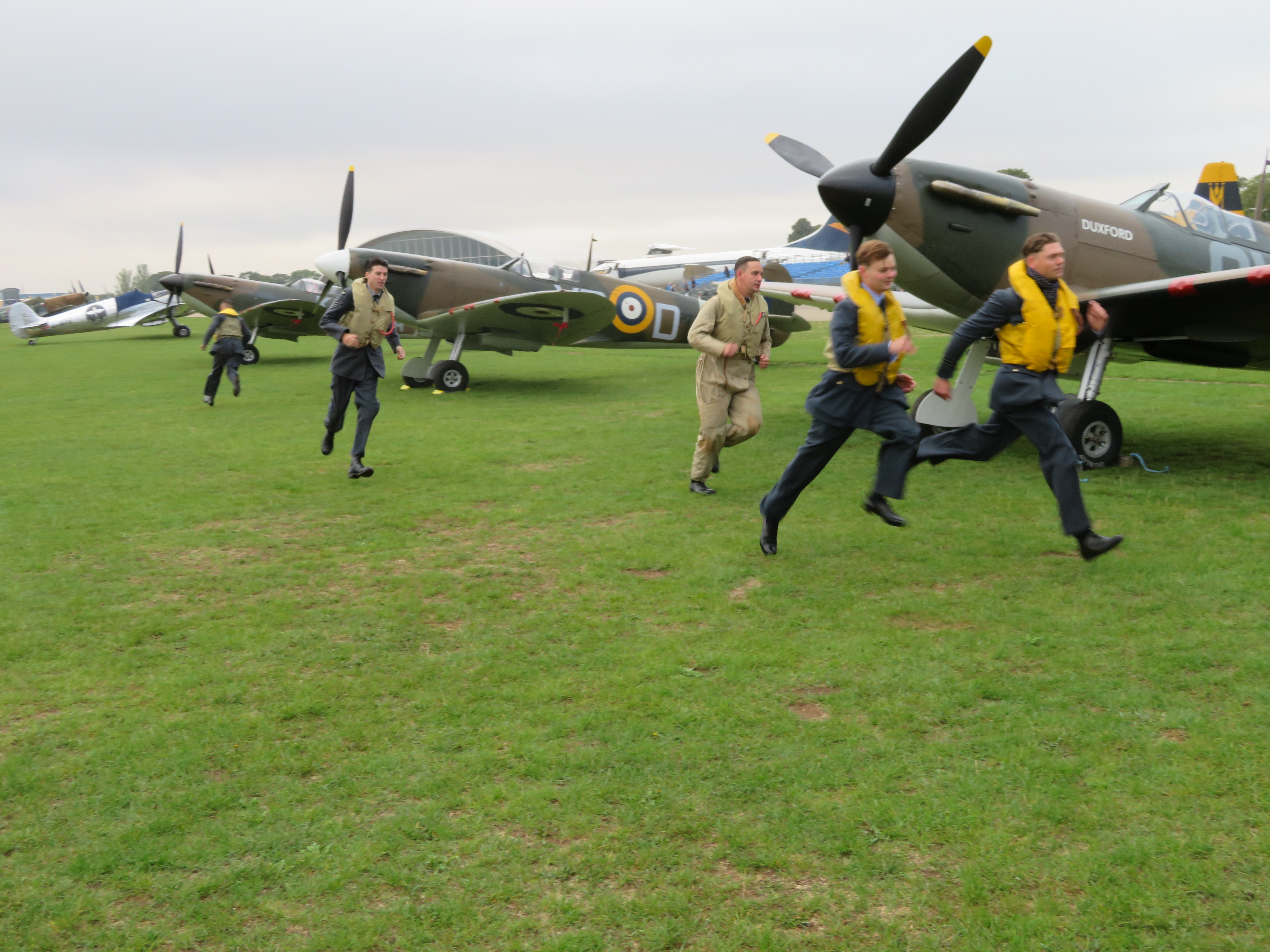 A grey Saturday morning with sombre music on the radio and black crows lining the telephone wires on the way to Duxford reminding one of the death of Queen Elizabeth II. Walking around Duxford the crowds seemed muted.

The flying display at IWM Duxford Battle of Britain Airshow started with a two minute silence the only sound being the unmistakable growl of a Merlin engine in the distance rising to a roar as the NHS Spitfire flew in low and fast and climbed into a victory roll. The crowd's silence continued during the display of loops and rolls and there was gentle applause as the display ended.

A fitting tribute to Her Majesty.

Other notable displays were the only flying Blenheim flanked by two Lysanders and a Gladiator, a Vampire a pair of Czech helicopters, (the MI-21 and MI-171) and a formation of nine Tiger Moths, as well as the old favourites the Spitfires, Hurricanes, Mustangs, Bouchons, Wildcat, Bearcat, Corsair, Yak 3 and the magnificent B-17 the Sally B.

As always the displays were professional and very impressive.

At the airshow one of my 'guilty' pleasures is browsing through the old military second hand books and there is usually a book signing. Todays one was the autobiography 'Rate of Climb' by the former Air Commodore Rick Peacock-Edwards CBE, AFC which looks like a very interesting read.

I also bought the book 'Johnnie Johnson Spitfire Top Gun Part Two' by Dilip Sarkar MBE and I came across the following and I was reminded of pictures coming from Ukraine.

Sturmann Pock (German Army June 1944).
===========================
We keep moving. The number of our vehicles knocked out by the enemy keeps growing.
They are sitting where they were hit, burnt out, that typically rusty red colour.
One can only guess at what this equipment used to be, the result of terrible explosions.
Grenades are scattered about, shells all types of ammunition, amongst it dead soldiers.
A supply column was hit here.

Looks like nothing has been learned in the intervening 80 or so years.

Attending this show gives a glimpse into life during the Battle of Britain. One can hear the music, see the uniforms and actors, and, watch restored aircraft fly, including those that saved Britain during that perilous time in 1940. One can be entertained in relative comfort. But make no mistake, this show commemorates a brutal time when Britain was under attack, with cities and towns bombed, and the outcome uncertain.

I had moved back to my car for a quick getaway, which was parked in a car park at the end of the airfield for the finale and found myself in a perfect position to see and hear all 16 Spitfires and 4 Hurricanes take off and fly very low overhead. Of course if you want to see the flypast yourself, youtube has a selection of videos covering the event such as this one.