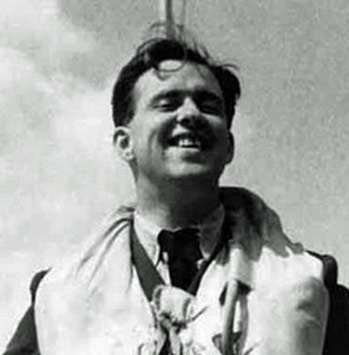 His subsequent movements are currently undocumented until he arrived at 5 OTU Aston Down on 6th May 1940. He converted to Spitfires and then joined 249 Squadron on 29th May.

He was commissioned in November and awarded the DFM (gazetted 26th November 1940).

Soon afterwards he was posted to 118 Squadron at Filton as a Flight Commander. With his operational tour completed in September 1941, he went to HQ 10 Group and towards the end of the year he joined 286 Squadron at Filton on anti-aircraft co-operation duties.

In September 1942 Boddington was given command of 19 Squadron at Perranporth and led it until December. In May 1943 he was posted to North Africa to command 242 Squadron. He took it to Malta in June and to Lentini East in Sicily in July.

He commanded 242 until its disbandment at Gragnano on 4th November 1944.

Boddington was released from the RAF in February 1946 as a Squadron Leader.

He settled in New Guinea but later returned to the UK, where he died in January 1977.