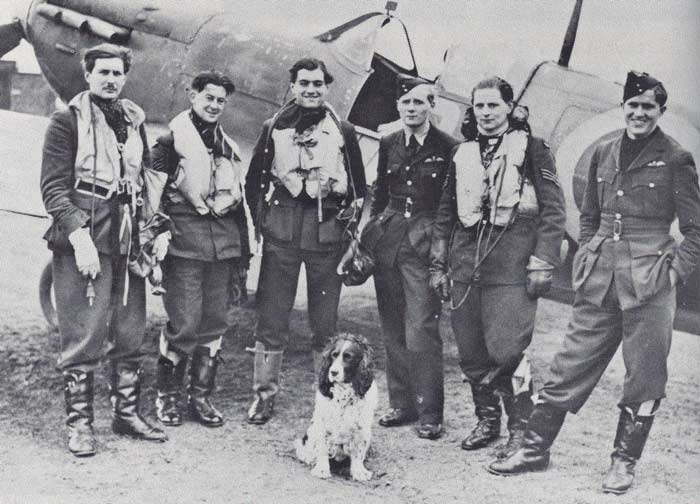 < = expand >
James Enerton Cooper, of Luton, joined the RAFVR in April 1939 and did his weekend flying at 29 E&RFTS Luton. Called to full-time service on 1st September 1939, he was posted to 4 ITW Bexhill in November.

On 23rd September Cooper went to 7 OTU Hawarden to convert to Spitfires. On 6th October he joined 610 Squadron at Acklington.

On 27th October Cooper became separated from his section on an evening flight whilst flying Spitfire N3264. In failing light and bad conditions he went down low to get his bearings. He lost R/T contact, climbed, then went into a spin. He baled out and landed unhurt.

He was killed on 9th September 1941 as a Sergeant with 91 Squadron. His Spitfire I R7276 dived into the sea off Dungeness while escorting a Walrus on an ASR exercise, cause unknown.

Cooper is buried in Luton General Cemetery - Grave 1807B.

Son of Mrs. A. Cooper, of Luton