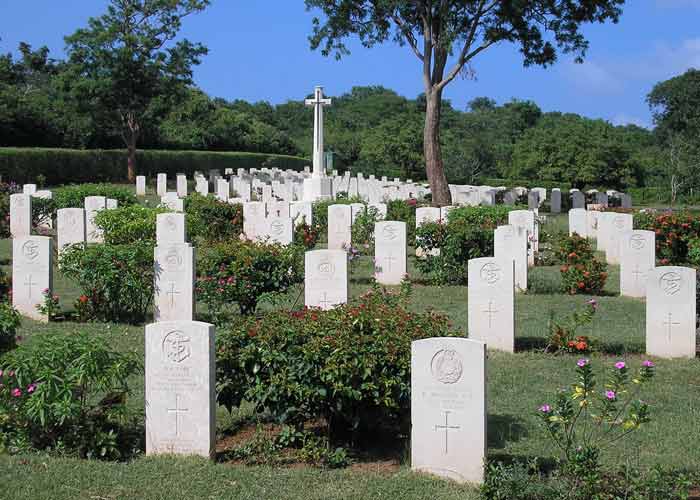 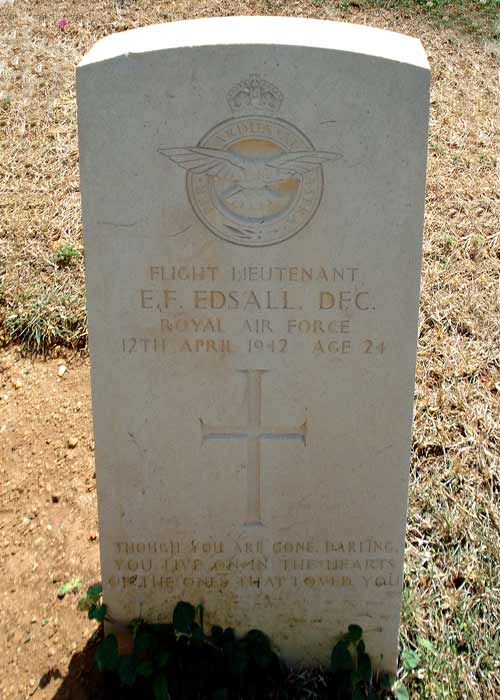 < = expand >
Eric Frank Edsall was born in Wimbledon on 16th June 1918 and joined the RAFVR about January 1939 as an Airman u/t Pilot. Called up on 1st September, he completed his training at 9 FTS and joined 54 Squadron at Catterick on 1st August 1940.

Edsall's Spitfire, N3160, was damaged by a Me109 on the 12th whilst he was covering the rescue of a ditched enemy pilot in mid-Channel and he made a forced-landing near Dartford. On 18th August Edsall claimed a Me110 destroyed, on the 24th a Me109 and on the 30th he shared a Do215.

On the 31st Edsall was pilot of one of three Spitfires (X4236-ZD-I) caught in a bombing attack as they were taking off from Homchurch. Edsall's aircraft finished the right way up and he managed to extricate himself but his legs were so badly injured that he could not walk. He crawled over to Alan Deere's Spitfire R6895, which was upside down with Deere suspended by his harness straps. Edsall wrenched off the cockpit door and freed Deere, who then helped his rescuer to Sick Quarters. Fit again, Edsall was posted on 19th September to 222 Squadron, also at Hornchurch.

The next day his aircraft Spitfire R6840 was badly damaged in a surprise attack by Me109's over the Thames Estuary and he crashed through the perimeter fence on landing. He destroyed a Me109 on 30th September. In combat with Me109's on 27th October Edsall ran out of fuel in Spitfire X4548 and made a crash-landing at Pattenden's Farm, Battle Road, Hailsham after crashing through high tension cables. He was seriously injured and admitted to Hellingly Hospital.

Edsall returned to operations with 602 Squadron. He was awarded the DFC (gazetted 16th January 1942). He later went to 261 Squadron in Ceylon.

He died on 12th April 1942 after he had sustained injuries three days earlier when he was hit in the back by a Zero strafing the airfield at China Bay whilst Edsall was trying to reach a fuel bowser and move it to safety.