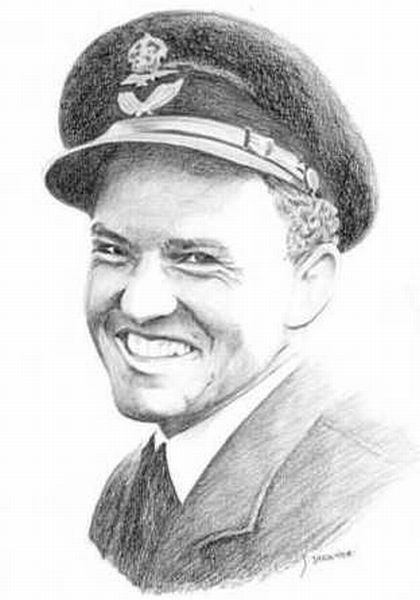 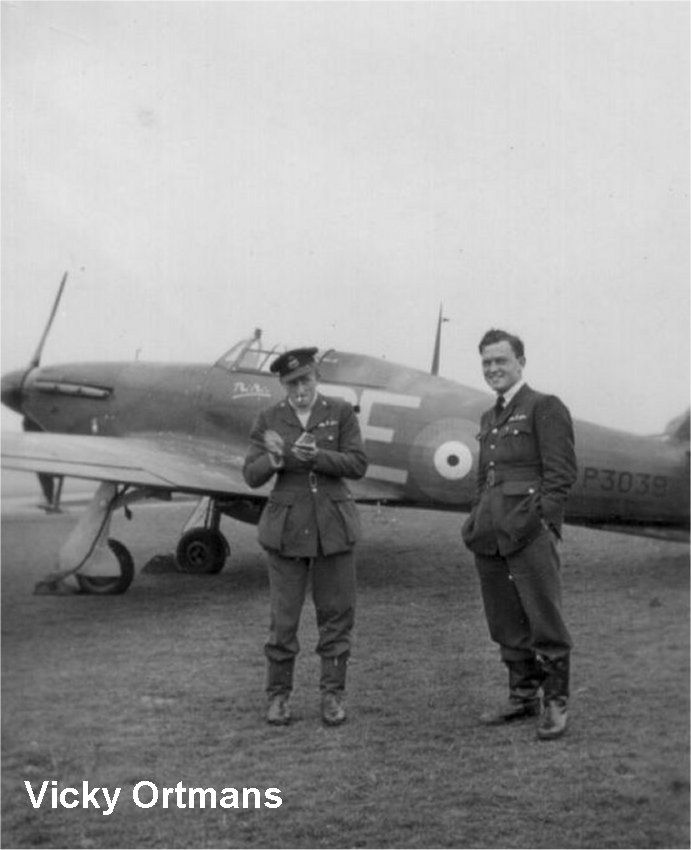 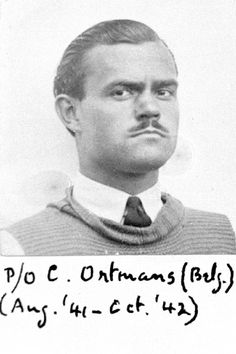 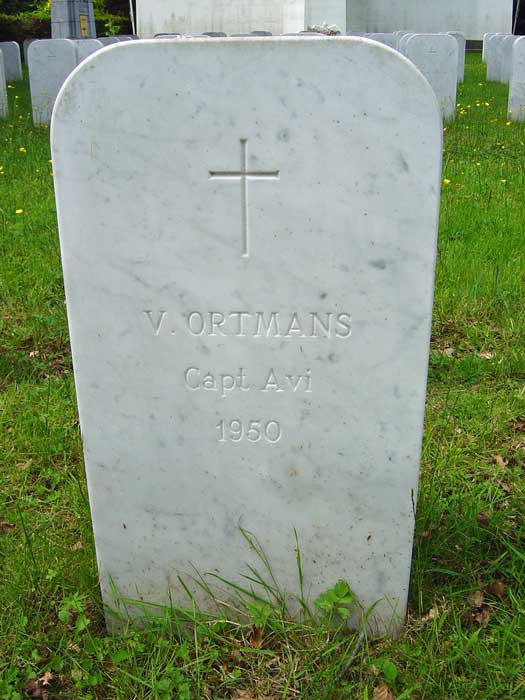 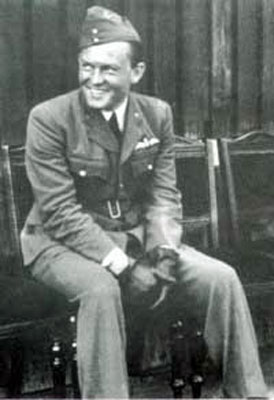 < = expand >
Victor Marcel Maurice Ortmans was born in London on 17th April 1915, his family were refugees from the fighting in Belgium but returned there after the armistice in 1918. He joined the Belgian Air Force and was in 7/IIIe, an army co-operation squadron equipped with Fairey Foxes. The squadron moved to an advanced airfield near Liege on 10th May 1940 but was completely wiped out by enemy action, mostly on the ground on the 12th. The pilots escaped to France but no replacement aircraft were found for them. On 22nd June the French signed an Armistice. With other pilots, Ortmans reached Port Vendres, from where with the help of a British destroyer and the support of the Belgian Embassy in London, they caught a passing convoy and embarked on the SS Apapa on the 24th. After arriving in Liverpool on 7th July, Ortmans was commissioned in the RAF. He was posted to 7 OTU, Hawarden on the 30th and, after converting to Hurricanes, he joined 229 Squadron at Wittering on 10th August.

Ortmans claimed a share in the destruction of a Do17 on 15th September, a He111 destroyed and another damaged on the 27th and a Do17 destroyed and a Me109 probably destroyed on the 30th. On this day Ortmans was hit by return fire from a Do17 and he made a forced-landing on the beach at Lydd. On 18th October he damaged a Ju88.

Ortmans was posted to 609 Squadron at Biggin Hill on 7th April 1941. He damaged a Me109 on 16th May, shared another on the 21st, shot down two Me109's on 4th June and 30th June and damaged two more on 21st June and 3rd July. This last one was flown by Hauptmann Wilhelm Balthasar, an ace of JG 2 who crashed and was killed. Ortmans was awarded the Croix de Guerre (Belgian)(gazetted 21st July 1941 ).

On 18th August he destroyed a Me109, on the 19th he damaged a Me109 during an escort operation but then crashed into the sea and was rescued up by an Air Sea Rescue launch, HSL147. He was awarded the DFC (gazetted 18th September 1941). On 27th September, escorting Blenheims on Circus 103B he was shot down in Spitfire W3625 and baled out over the sea. He was picked up by HSL147 for the second time. On the 29th he damaged a Me109. On a sortie to Boulogne on 21st October 1941, Ortmans claimed two enemy aircraft shot down and another probably destroyed. He was then himself shot down in combat with Me109's and he baled out, badly wounded. He spent two days and a night in his dinghy before being picked up by the Germans and becoming a PoW.

He was in hospital in St. Omer until 24th November 1941, when he was transferred to a hospital in Frankfurt, being released from there on 10th May 1942 to the sickbay of Stalag VIIIC. He was then held in Stalag Luft III in Sagan, Poland till VE-Day.

Ortmans was repatriated to RAF Cosford and on 18th September 1945 he resumed service with 349 (Belgian) Squadron which transferred to the Belgian Air Force in 1946, retaining its number. On 17th September 1946 he joined SABENA, the Belgian airline.

Ortmans was killed while demonstrating Auster Autocrat OO-ABL at Schaffen airfield (near Diest, Belgium) on 8th August 1950. He is buried at the Pelouse d’Honneur in Brussels.

DFC Citation
"Has displayed great keenness and courage in pressing home his attacks. He has destroyed at least 5 enemy aircraft and damaged a further 2".