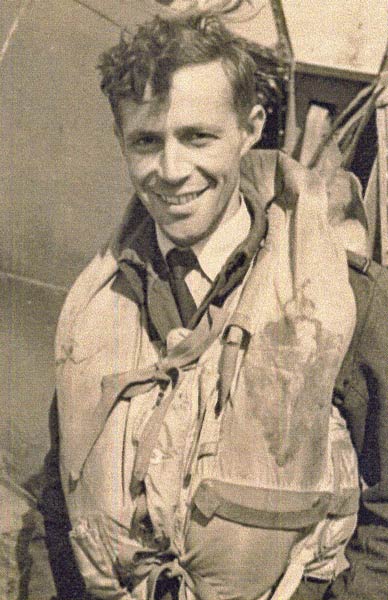 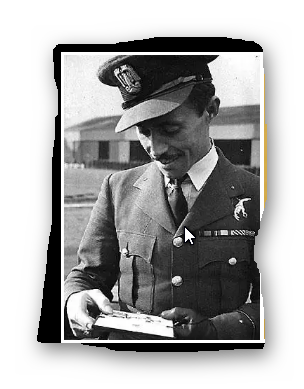 After he finished his secondary education his family moved to Poznan, where he entered St. Mary Magdalene College, graduating in 1931. He then enrolled in the Department of Chemistry of the University of Poznan while carrying out flying training in the Polish Air Force Reserve.

He was mobilized in August 1939 and posted to 3 Aviation Regiment in Poznan but did not fly operationally due to a shortage of aircraft.

On 17th September, with many other Polish airmen, he crossed into Romania but to avoid internment carried on to France. It seems that he enlisted with l'Armee de l'Air but the only account has him flying the Breguet 693, highly unusual as all other Polish and Czech airmen were assigned to units operating single-engine aircraft.

Again the details of his passage to England are unclear, one account has him flying a stolen aircraft with two other airmen, but he arrived in June 1940. After assessment and training he was posted to 111 Squadron on 10th September but went on to 249 Squadron on 11th October.

Maciejowski was posted to 317 Squadron at its formation on 22nd February 1941. He claimed a probable Ju52 on 22nd May.

Maciejowski claimed two Me109's destroyed on 30th December. He was awarded the VM (5th Class)(gazetted 5th May 1942) and commissioned in June.

He claimed a Ju88 and a Fw190 destroyed and he shared a Do17 over Dieppe on 19th August and was posted away from 317 on 25th August to 58 OTU Grangemouth as an instructor.

He returned to operations on 23rd March 1943 when he joined 316 Squadron at Northolt. He probably destroyed a Fw190 and damaged another on 4th May and destroyed a Me109 on 11th June.

Maciejowski was over Montreuil on a Ramrod on 9th August 1943 in Spitfire IX BS302/SZ-E when he collided with F/O LA Kondraki in BS457/SZ-R. Kondraki was killed, Maciejowski baled out and was captured.

He was imprisoned at Stalag Luft III, PoW Number 2021 and was liberated and returned to duty on 1st June 1945.

After a refresher course at 16 FTS Newton on 21st August Maciejowski was posted to 309 Squadron at Coltishall on 11th November. He remained with the squadron until its disbandment on 6th January 1947. Maciejowski was then released as a Flight Lieutenant. He settled in England and changed his name to Manson.

Manson rejoined the RAF in June 1951. Initially a test pilot, by 1963 he was doing a ground job. He later transferred to the Catering Branch and in 1970 was running a large RAF Transit Hotel in Malta.

He retired in 1972 as a Flight Lieutenant.

He later emigrated to Canada and died in August 1988 in Montreal.