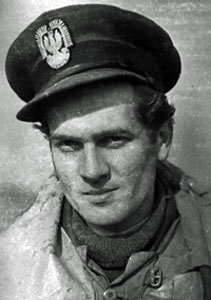 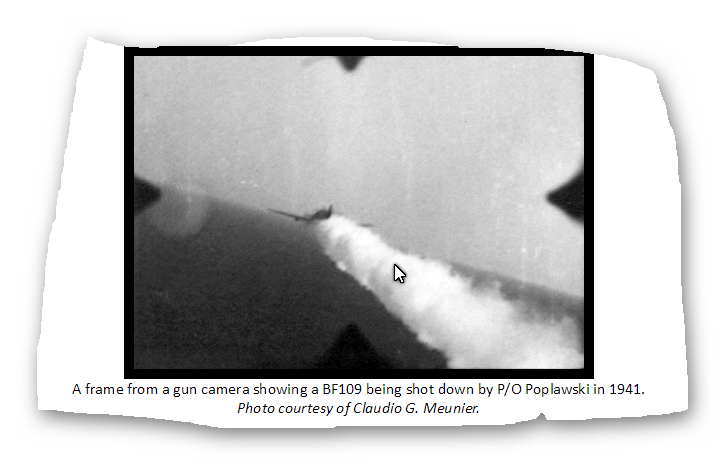 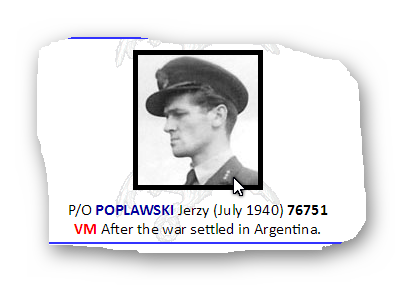 < = expand >
Jerzy Poplawski was born in Model near Gostynin, Poland on 21st September 1919. In 1938 he entered the Polish Air Force Academy in Deblin and was commissioned on 1st September 1939.

Posted to a ground attack unit operating the PZL P23B, he was unable fly any sorties before being evacuated to Romania. On 29th October 1939 he arrived in Marseilles via Beirut. He elected to travel on to England, arriving on 27th January 1940.

Poplawski was commissioned in the RAFVR at RAF Eastchurch then sent to the Polish Wing, 3 School of Technical Training Blackpool to await a posting.

On 12th August he went to No. 1 School of Army Co-operation Old Sarum for the 4th Polish Pilots Course, for testing and grading. He arrived at 5 OTU Aston Down on 19th August.

After converting to Hurricanes Poplawski joined 111 Squadron at Drem on 10th September 1940. He moved to 229 Squadron at Northolt on the 26th.

Poplawski was injured on 6th November when he made a forced-landing at Streatley in Hurricane P3898, having lost the squadron in cloud and run out of fuel. He was posted to the Polish Depot Blackpool on 13th November 1940.

He was appointed a Flight Commander on 30th April 1942 and posted away on 1st September to 58 OTU Grangemouth as an instructor. He went to Hullavington on 29th September for a course and returned to 58 OTU on 28th January 1943.

Poplawski was given command of 315 Squadron at Hutton Cranswick on 16th April and on the 20th he damaged a Fw190.

He was awarded a third Bar to the KW (gazetted 20th October 1943) and remained with the squadron until 15th February 1944, being then posted to the Inspectorate at the Polish Air Force Staff College.

He went to HQ Fighter Command on 28th February 1944 and was released from the Polish Air Force in February 1947.

He emigrated to Argentina and died in Buenos Aires on 21st June 2004.