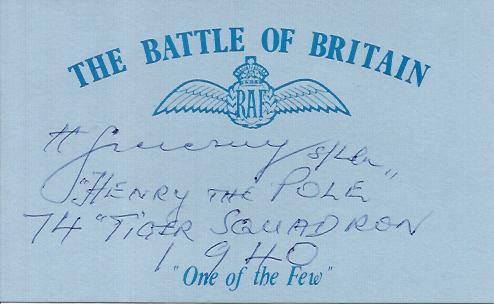 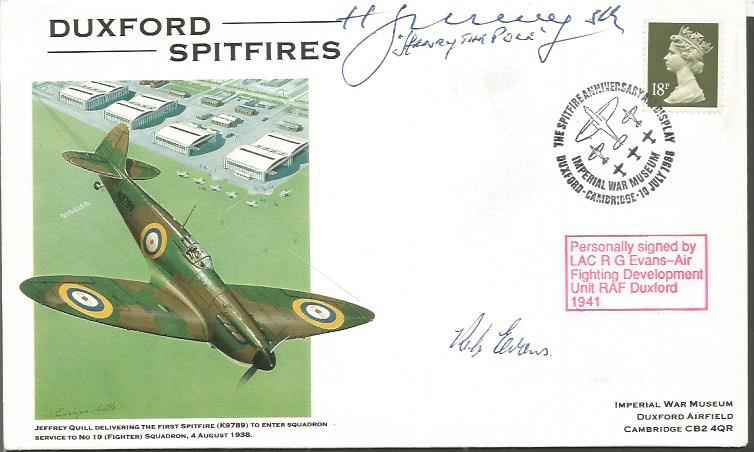 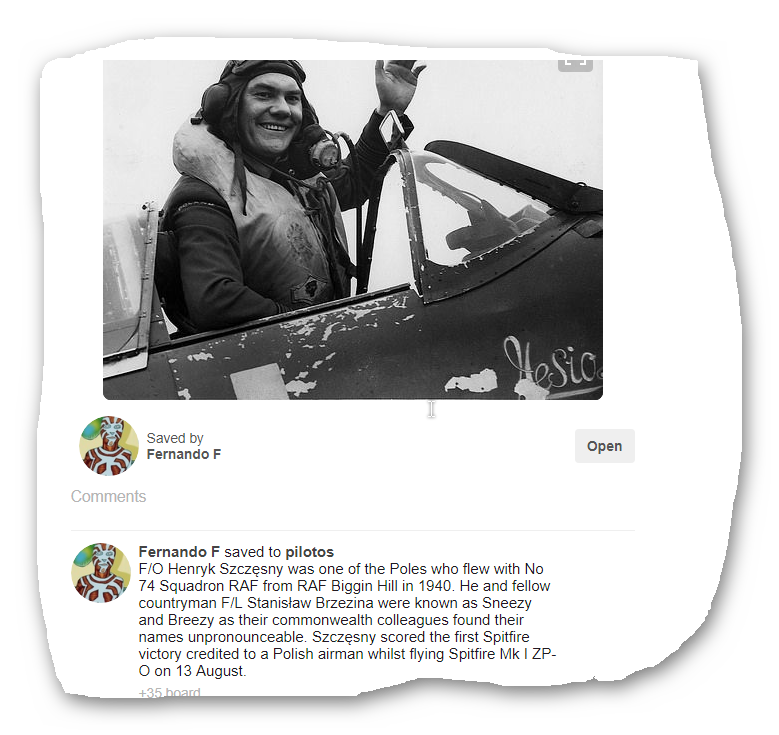 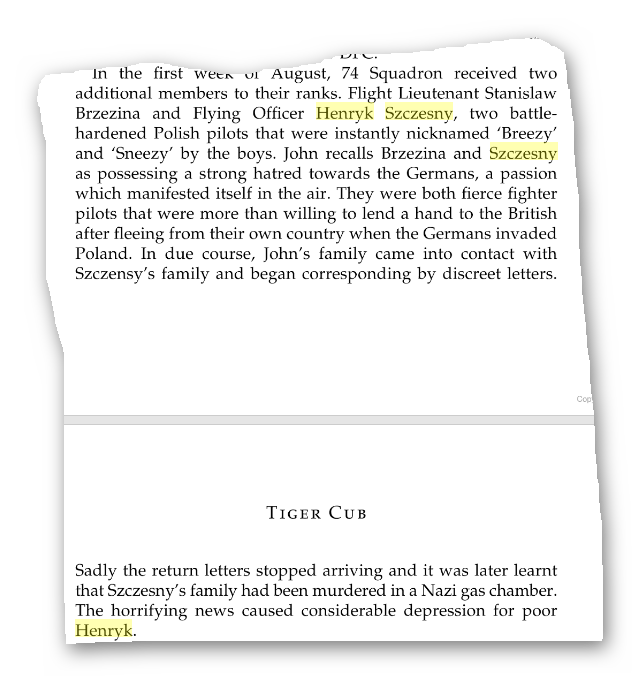 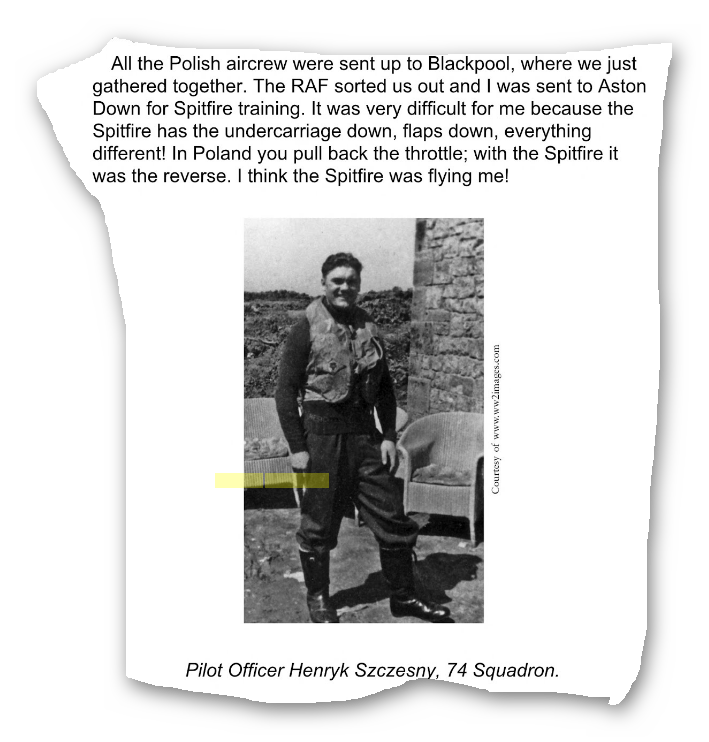 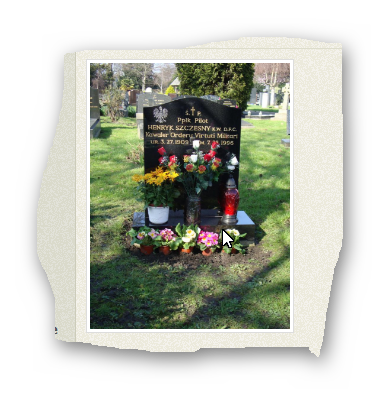 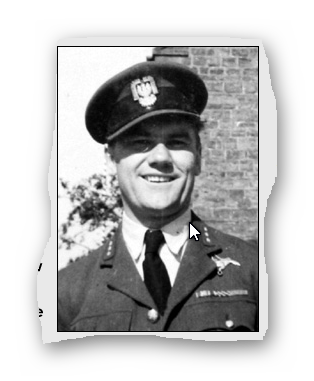 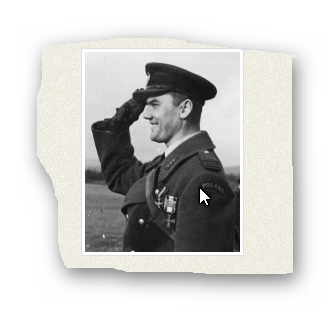 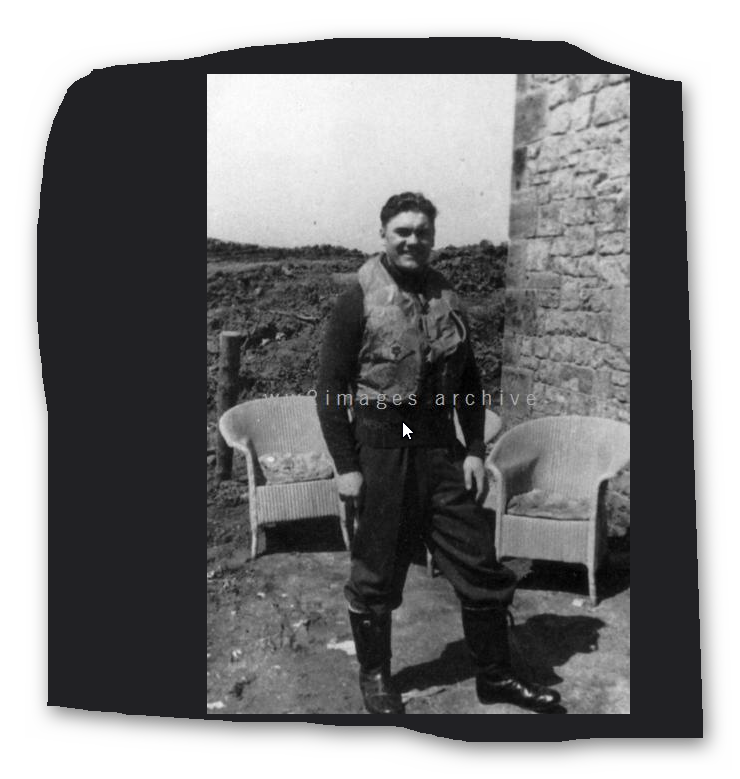 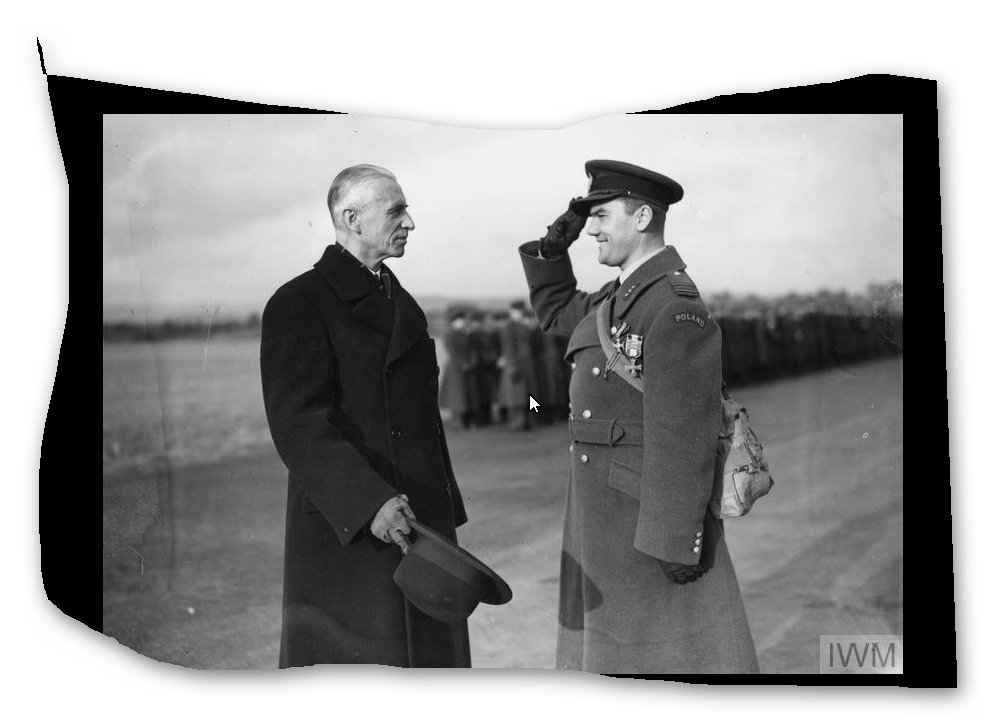 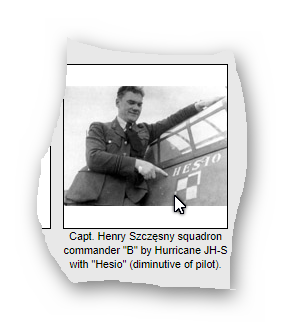 < = expand >
Henryk Szczesny was born in Ruszkow, Warsaw on 27th March 1910 and joined the Polish Air Force in 1931. He went to the Cadet School at Deblin and was commissioned in 1933, joining the 5th Air Regiment and later moving to the 3rd Air Regiment as a fighter pilot.

In the fighting in September 1939 he probably destroyed a Do17 and damaged another on the 2nd and destroyed two He111's on the 14th and 15th. He was wounded in the leg.

Evacuated to Romania, he was in hospital in Bucharest and later escaped on a Greek ship, which took him to Malta. Szczesny went to France, then to England. He was commissioned in the RAFVR at RAF Eastchurch on 20th February 1940.

In May he was at Manston, in charge of a platoon of Polish cadets, and from 1st June 1940 he was at the Polish Wing at 3 School of Technical Training Blackpool. Szczesny went to 15 EFTS Redhill in early July for testing and grading.

He arrived at 5 OTU Aston Down on 20th July and after converting to Spitfires joined 74 Squadron at Hornchurch on 5th August.

Szczesny was posted to 257 Squadron at North Weald on the 12th but joined 242 Squadron at Martlesham Heath on the 17th, finally going to 302 Squadron's Operations Room on 19th December.

Awarded the KW and Bar (gazetted 1st February 1941), Szczesny returned to operations on 24th February 1941 when he joined 317 Squadron at its formation at Acklington. He was awarded two more Bars to the KW (gazetted 1st April 1941), shared a Me109 destroyed on 10th July, shared a Ju88 on the 14th and took command of the squadron on 18th August 1941.

Szczesny was appointed Squadron Leader Flying of the Polish Wing at Northolt on 28th December 1942. He was leading the Wing on 4th April 1943, escorting American bombers detailed to attack the Renault factory near Paris. On the way back they were attacked by Fw190s.

Szczesny shot one down and collided, in Spitfire IX BS514/PK-U, with another. He baled out and was captured by a German patrol. At some time later he was held in Stalag Luft 3. PoW Number 1229.

After being freed in late April 1945 Szczesny returned to the UK. He was later posted to RAF Coltishall and attached to HQ 12 Group for liaison duties. In late 1946 he did a course at the School of Administration and Accountancy at Hereford and then went to 4 RU East Wretham as Senior Admin Officer.

Szczesny stayed in the RAF postwar, in the Fighter Control Branch. He retired on 27th March 1965 as a Flight Lieutenant, retaining the rank of Squadron Leader.