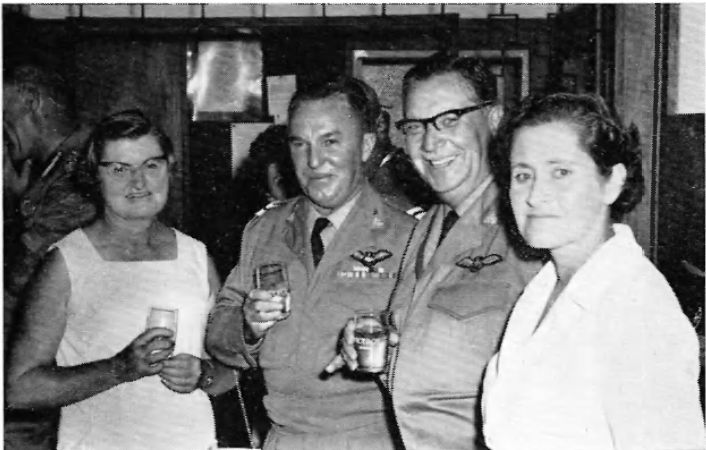 < = expand >
Rhodesian-born, and educated at Milton School, Bulawayo, he joined the RAF in Kenya immediately on the outbreak of World War II. Serving with 33 Squadron, in 1942 he was responsible for rescuing his downed flight commander in the Western Desert. He guided armoured cars deep into the desert wilderness, an effort which, had he had time to think on December 17, he might have recalled. His uncanny sense of direction — attributed to being brought up in the bundu—promoted him to unofficial guide when his squadron's base was 200 miles behind enemy lines. During a "rest" tour, he ferried aircraft from Takaradi to the desert sphere of the war.

Later, as a fighter pilot, he won the DFC for seven confirmed "kills" and numerous ground attack successes. In 1946, having
reached the rank of Sqd. Ldr., "Mac" returned to Rhodesia and started tobacco farming in the Arcturus and Sinoia Districts. Outpost March69

In 1969 Bill, Copper 12, and his observer Dickie Boltt were awarded the Commissioners Special Commendation in recognition of their tenacity of purpose, skill, and courage while on a rescue mission on 17 December 17, 1968 as BSAP Reserve Air Wing pilot.

The image shows MacDonald on the left with his wife and his observer with his wife on the right. They are in BSAP uniforms with full PRAW wings