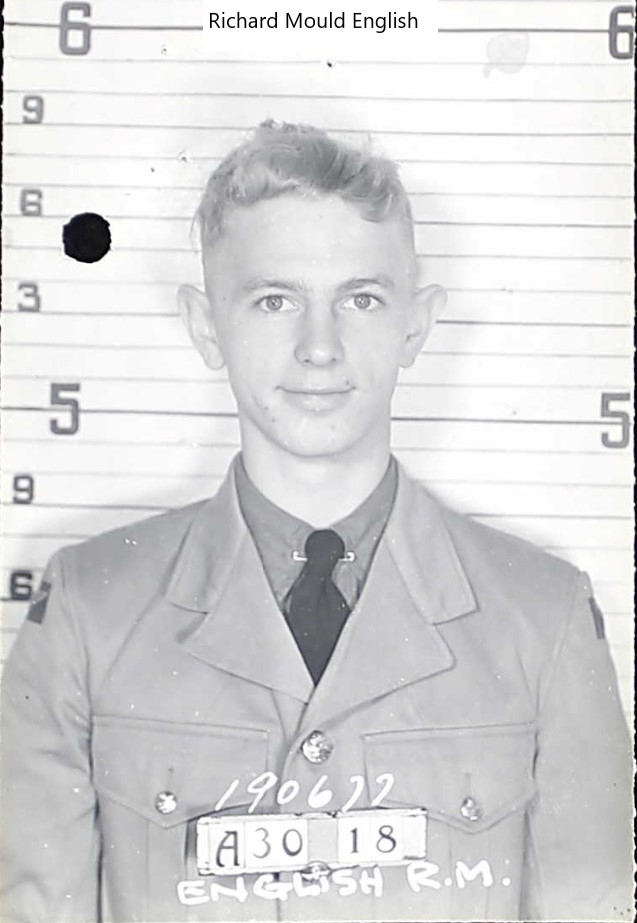 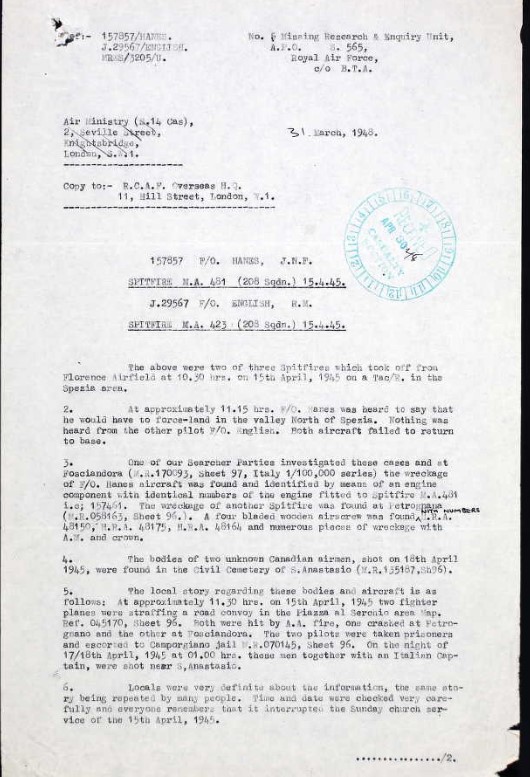 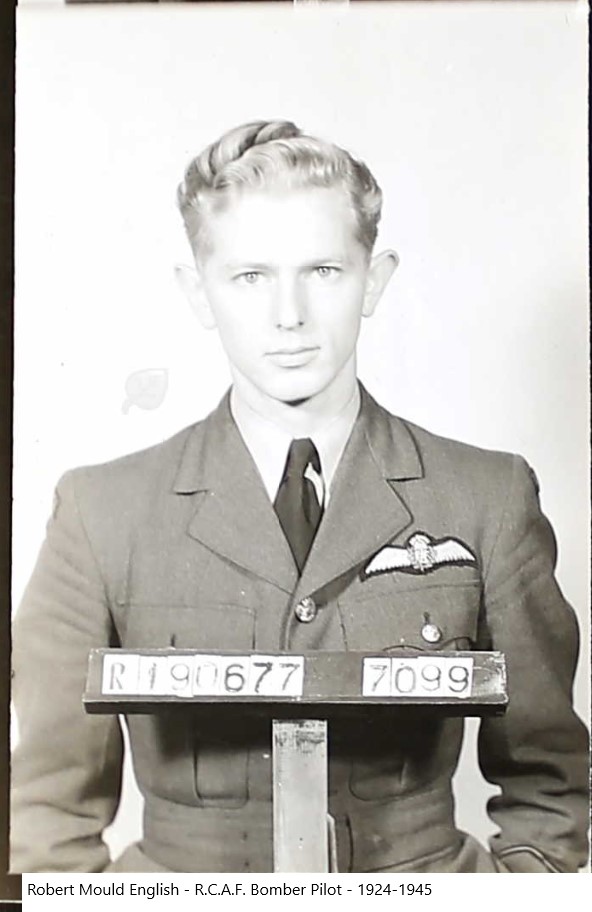 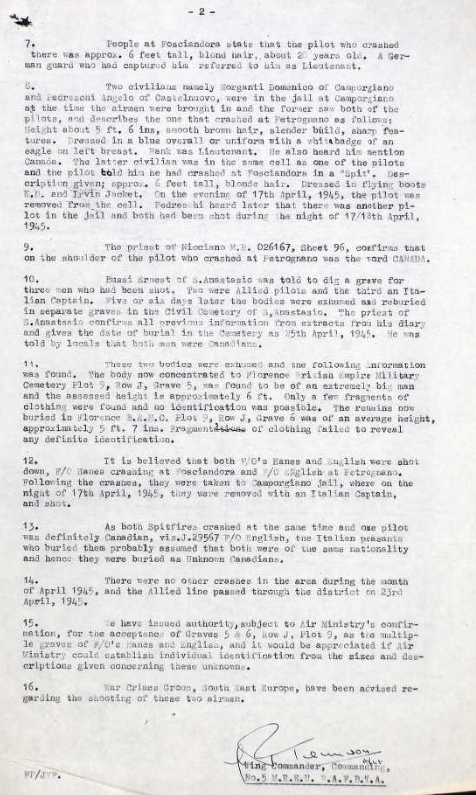 < = expand >
See comment below for a note sent to us regarding the downing, capture, and execution of F/O English.

Enlisted at 18, killed at only 21 years of age. Emergency landing, capture with F/O Hanes roughly a week before Allied lines passed through the town.

Although born in St. Catherines, raised in New Jersey and returned to Canada (staying with an uncle) prior to enlistment in 1942. Executed in April 1945, investigated as war crime, some details are included in the photos of records.

From a distant relative (D Anderson) ... Hi: I have more information Robert Mould English, an RCAF fighter pilot. He was presumed to have died April 15, 1945 over Italy. His service file is now on Ancestry and it contains an investigation into the downing of his plane MA423 and another plane the same day also from Squadron 208. In the investigation they found that both English and the other pilot Hanes had survived their emergency landings and were taken prison by the Germans, housed in an Italian civilian jail and they taken out during the evening of the 17 Apr. 1945 and shot. They were buried in a mass grave with an Italian Captain, also shot the same night, then moved to a village cemetery. The investigates state they advised the War Crimes Group, SE Europe in regards to the shooting of the two airmen. The report was done by the No. 5 Missing Research and Inquiry Unit APO 5565 Royal Air Force c/o B.T.A. - dated 31 March 1948.

Also, a correction to your site information - he was born in St. Catharines Ontario in 1924, (not US), but moved to New Jersey as a child with his parents. He returned to Canada and stayed with family in Mount Dennis to enlist in the RCAF in Sept. 1942. He was only 21 at the time of his death.
reply