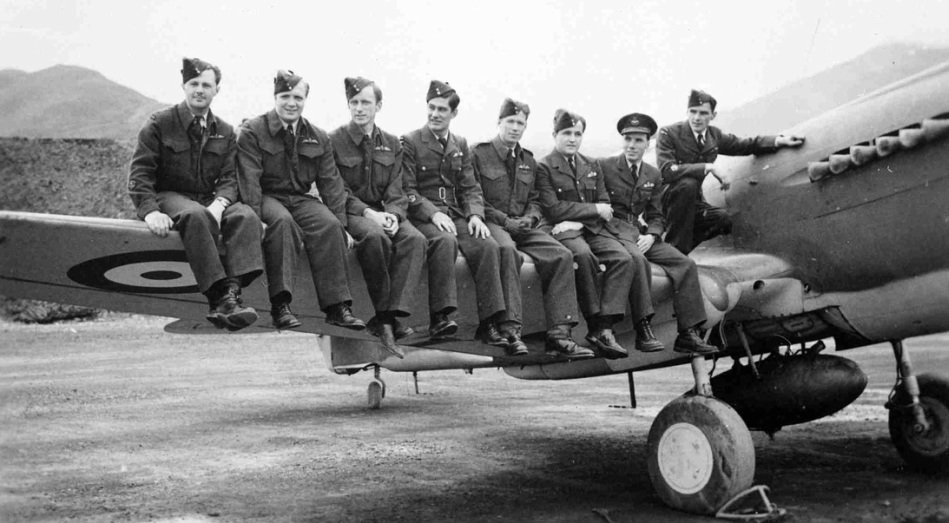 Thanks to Mr. Halliday (Distinguished Canadian Military Historian) who provided a database of all Canadian (RCAF / RAF) pilots who died in WWII. Most were KIA (operational), but a large number died in flying accidents (FA). We have thus added 500 Spitfire pilots to the database. The database as provided included all aircraft types (I wrote some code to filter for Spitfire), and, each row in the database included a key piece of information we were after -- the aircraft serial number flown, along with name, rank, squadron, date, burial location, home province (there are some as USA -- Americans who joined via Canada), marital status, and, how this pilot was killed (e.g. KIA, FA).

Because of this import, others can come along and fill in even more information using our wiki, i.e. images, comments / questions (users can "follow" a pilot twitter style and get informed when a question is asked / answered), additional text, and, more. We'd love to know more about each pilot, their pre-war activity, their home-town, and more of their training and operational histories. These pilots and aircrew had their young lives interrupted and became warriors. Each has a story and many went onto do amazing things after the war -- we'd love to capture that information as well.

It was relatively simple to write code to parse the existing data to be added to our database. What we lack however is the full story for each pilot, what they did before the war, their previous postings, and any supporting web links that may help fill in the gaps. So if you've read a good article or web page on a spitfire pilot, come back here to add that link to the pilot's page, and if the pilot is not in the database, add the pilot. It only takes a minute.

The fact that most records provided an aircraft serial number makes for fascinating research. One can now click through to the aircraft flown, and then see the full timeline and history of that aircraft, what type it was, images, videos if any, and who else flew it. That's a world first for aviation history and if users like this type of functionality, please drop me a line, and, let me know what else should be added. You are the experts.

If other national databases exist, or, if someone is in possession of similar information to the above, I'd be glad to parse that into the database, it's usually the best way to get other people adding even more as family members and enthusiasts find the pilot listing in time.