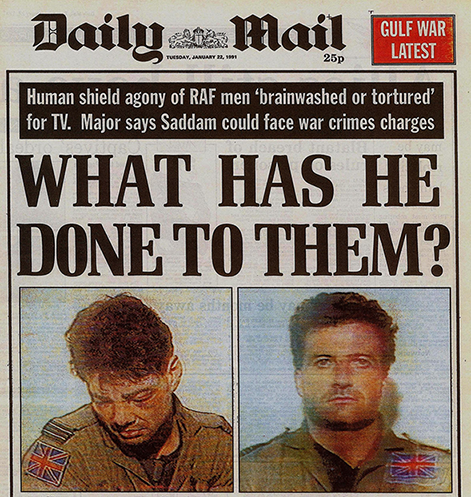 Captured and tortured in the 1st Gulf War, John Nicol has since become an author (14 books), journalist, and motivational speaker. He is very well known for his media projects and reflections on war, his web-site is www.johnnichol.com and, now, he is considering writing a book on the Spitfire, focusing on the pilots. Our site, www.allspitfirepilots.org also presents a focus on the pilots and their stories from pre-war to their war efforts, and, beyond. John reached out to www.allspitfirepilots.org with the following ...

"I am currently researching a TV documentary and book about the Spitfire, and why, 75 years on, it still retains such an iconic place in the nation’s collective memory. I am already in touch with a number of squadron associations, but I am still seeking the “human” stories from the veterans themselves. This might be via living veterans who can talk about their experiences or from memoirs that deceased veterans wrote in the past. I’m also interested to hear from relatives of veterans who might be able to talk about their father/uncle’s etc. experiences and shed some light on the story.

The book / documentary will look at the human story of the aircraft throughout the whole period of the war. Much of the focus will obviously be on the pilots – as you know, there are only a few of “The Few” Battle Of Britain pilots who can still talk about that aspect of WW2, but I hope to find a number of aircrew who served after The Battle Of Britain and throughout WW2 who can talk about their experiences in the many and varied roles and regions where the Spitfire flew.

My starting point in the “Spitfire saga” is to find real voices to bring that story to life.
...

Many thanks again for your time.