A Son's Tribute to 244 Wing of the Desert Airforce! 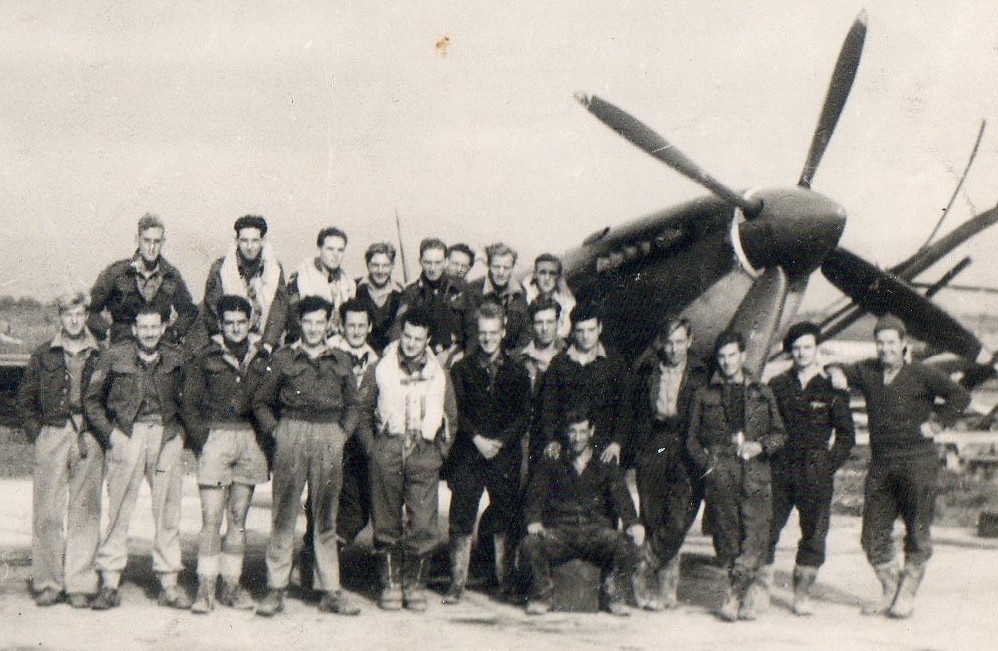 As the editor (and founder) for www.allspitfirepilots.org, I've been fortunate enough to be in touch with many sons, daughters, grand-children, nieces and nephews of former Spitfire pilots. What's almost universal about them is that in a quest to find out more, they typically end up researching a great deal about other pilots in the squadron or wing. For Kevin Charles, son of Spitfire pilot Alan Charles, this is no different. You can check out Kevin's profile on this site to see the couple of hundred pilots he's posted, along with his own father's page. Kevin has posted a considerable amount of material on the Desert Airforce, and, he attributes that in part to long cricket matches on TV allowing him to read through the ORBs. In corresponding with Kevin, I requested a short article summing up his research interest and activity which you can read below. Plus he just located his father's log book, so stay tuned for more.

From Kevin Charles on Spitfire pilot Alan Charles and 244 Wing - the Desert Airforce!

My father Alan Charles was a member of 601 Squadron and flew Spitfires in Italy at the end of WW2, and managed to get himself shot down, baling out into the sea about 1½ miles off the Italian shore and spending two hours in a dinghy before being picked up by an Air Sea Rescue Walrus which landed and was shelled from the shore.

As children we got to hear his war stories, which were mainly drinking and poker stories, but as a teenager I got to see his log book and saw what he flew and where he trained.

At the age of 18 he had sailed to Durban, South Africa and trained in Rhodesia (now Zimbabwe), and then travelled the length of Africa to Egypt and from there to Italy. Quite a journey, but one that a lot of pilots made.

As he got older I arranged a holiday in Italy with him and my sister, and we visited a lot of the places that he had been. We also contacted the Bologna Flying Club and they were fantastic in flying the three of us following the course of the flight when he was shot down.

On the way back to Bologna we landed at a small airstrip, and I will always remember the warm Italian summer evening, the only noise being the birds singing and my father talking, sharing Spitfire stories with the two Italian pilots.

A bit later the BBC created the WW2 People’s War Web Site that allowed people to document their wartime experiences, so I got him to dictate the story when he got shot down, which I submitted and can be read at ww2peopleswar/stories.

Part of the story was a cutting from the Eighth Army news below.

On his first air-sea rescue trip in northern Italy a New Zealand Walrus pilot of the Desert Air Force had to “get his man” while under enemy shellfire. He is Warrant Officer C.S. Tod and his observer was Sgt E Bilton of 5 Launder Terrace Grantham Lincs. The Walrus was sent to pick up a DAF Spitbomber pilot Sgt A.R. Charles of 45 Kensington Avenue Thornton Heath Surrey.

I got an e-mail from another contributor to the WW2 People’s War Web Site, Mike Widdowson, saying he recognized the cutting and his father had pasted it into his log book. It turned out that his father flew for 92 Squadron and had also had to bale out into the sea and be rescued. It also turned out that they were mates and he had photos showing the two of them.

Both squadrons were part of 244 Wing of the Desert Air Force, and looking at the reference books written just after the war, remarkably little was written about the Desert Air Force in the latter stages of the war in Northern Italy. It was mostly summed up in a paragraph or two, and this seems to me to be a bit unfair.

So I got interested in finding out more about the squadrons in 244 Wing and discovered the Squadron ORBs (Operational Record Books) that are housed in the National Archives in Kew.

There are two types of ORB, the Summary and the Detail. The Summary is a Squadron diary and contains anything of interest to the writer (rugby and football scores seem to have been a popular subject), whereas the Detail lists each flight, the pilot, aircraft serial number and details of the mission.

These ORB’s can now be downloaded in PDF form (for a price) from the national archives ORBs.

Working from these, I started tracking down the people who flew with my father and wondered what happened to them, and it’s amazing what you can find out.

For example, I traced the Air Sea rescue pilot, Cecil Spencer Tod, to his native New Zealand. Unfortunately he died in the 1980’s, but on a recent trip there, my wife and I placed flowers on his grave in gratitude for his bravery - well to be honest without him I probably wouldn’t be here.

And while tracking down these pilots I stumbled on Kurt’s website and started adding to his collection.

Editor's note: Thanks Kevin, I think your efforts will no doubt inspire others, and, I should note, it's not my collection, it's everyone who has added a pilot to the site. As the site grows, which it certainly is, there will no doubt be many more great stories of heroes past. It is a journey, thanks for sharing yours and your fathers.