IWM Duxford Battle of Britain Weekend - Kevin is there! 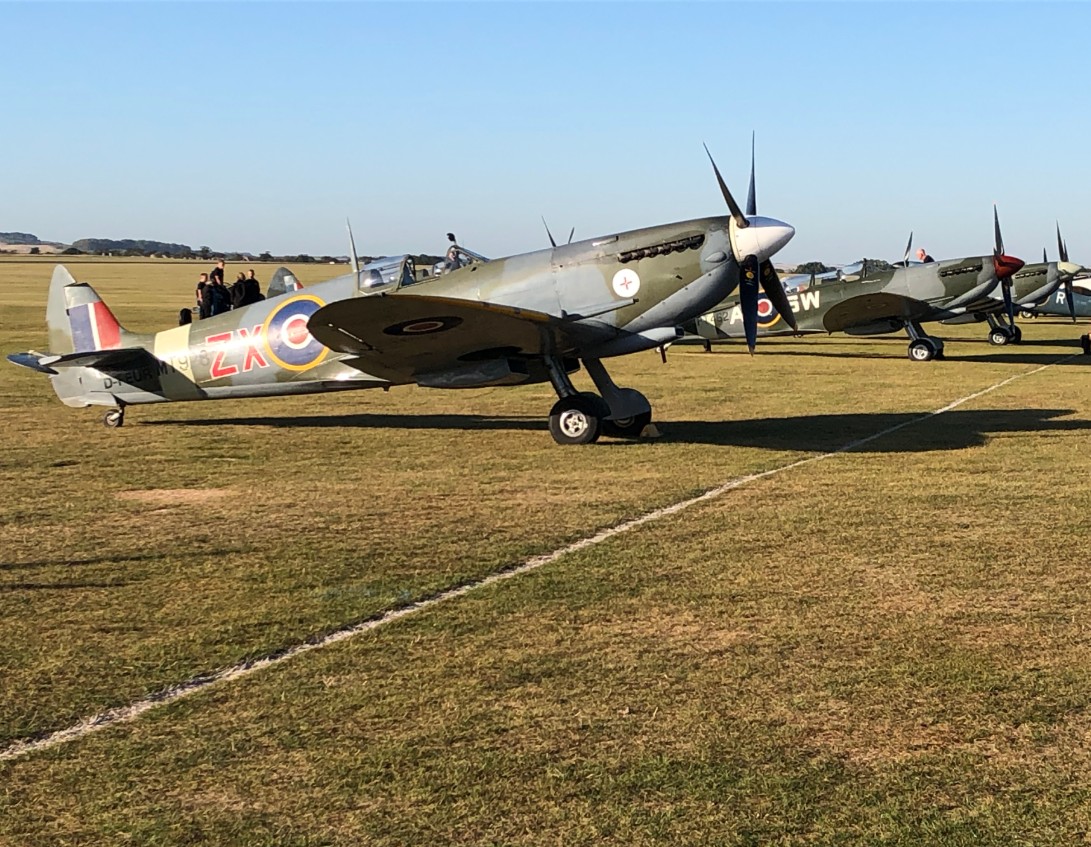 Our Senior Editor Kevin Charles is wandering around the IWM Duxford Battle of Britain show. After meeting up with Kevin at Capel Le Ferne on the cliffs of Dover for the September 15th Battle of Britain weekend, Kevin is now in Duxford for the big air show. If you go, try to find Kevin (email us with contact us we'll put you in touch, just buy him a tea and he's got a T-shirt for you from allspitfirepilots.org).

See more than a dozen Spitfires take to the sky at once, participate in a recreation of the now 50 year old Battle of Britain movie, walk the airfields, enjoy the show.

Walk through the same hangars and buildings as those who served at RAF Duxford. See aircraft take to the skies from the airfield that Spitfires first flew. And get up close to over a century of aviation with hundreds of aircraft and objects on display.

This is a very special year to be attending, and, stay tuned for Kevin's report but better yet, try to find Kevin and say hello. He may describe his particular interest, the North African and Italian air campaigns, where his father served and became a member of the Caterpillar club.