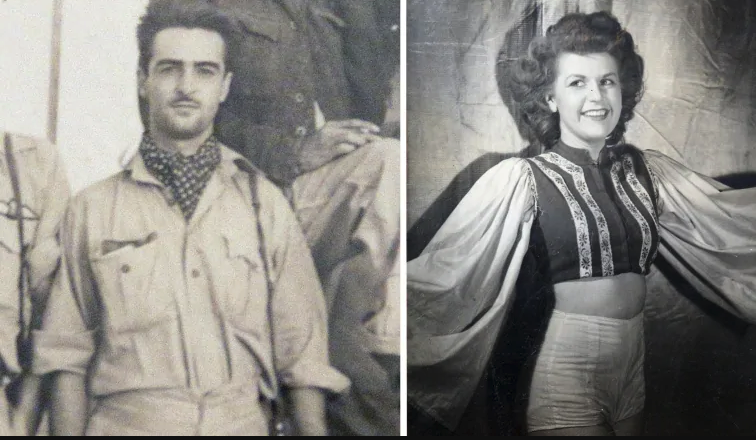 The WWII Allied Italian campaign is of significant interest to users (contributors) of this site, and, it appears, in the news as well as the 75th anniversary of the Italian Campaign is recognized this year. These recent news articles help paint a picture of life back then, as the pilots moved from North Africa to Italy for the push to Germany. Read the article about a Spitfire pilot in HE FLEW SPITFIRES OVER ITALY, SHE ENTERTAINED THE TROOPS, STILL MARRIED (2019).

The 75th Anniversary triggered us to list several pilots from different countries (pages on this site with full biographies you can click to) in this post who served in North Africa and Italy, so stay tuned, some of our expert contributors are writing up this short-list presently.

W/C Ronald E Bary RNZAF, Commander 244 wing (fair amount if you Google him as well - he also flew in the Battle of Britain)

S/L David Goldberg, RCAF 417 Squadron
Every Stone Has A Story.

W/O Alan Charles, RAF, 601 Squadron (and father of senior editor of this site Kevin Charles who is one of the contributors focusing on North Africa and Italy). W/O Alan Charles

F/L John McAndrew Brodie RCAF, Squadron 32 (killed off the Croatian coast - based in Italy - some Squadrons from Italy assisted in Baltic attacks, and, the Croatian contributor for the page of this young pilot (23) has dedicated much of his time to filling in the story of the pilot of the Spitfire locals found under the sea near his resort town).

The fighter-bomber aircraft (Spitfires / Typhoons / ...) largely focused on ground attack, and, so the goals and perspective from the ground are important to understand.

For an excellent read on one rather famous Canadian's account of the ground war in Italy, one can read 'And No Birds Sang' by Farley Mowat. His war-time accounts are gripping, the shelling he personally faced in key battles brought on PTSD as it did for many others, if they survived. By some accounts, up to 25% of Canadian ground troop force were either killed or seriously injured, as they faced some of Germany's most elite troop units. The Americans landed in Sicily in similar circumstances and vicious fighting. Mowat went on to become one of the world's great naturalist writers after witnessing war first hand.

If you know of any pilots or can write a biography for a Spitfire pilot that served in Italy (as an example, see John Brodie on this site -- quite a story and of the Croatian researcher who has dedicated many hours to this Canadian pilot), please be in touch. This article will expand to highlight some of the Italian (and North Africa) campaign Spitfire pilots shortly. Stay tuned for a great read list, and, more information on the Italian campaign as fought by allied fighter pilots ...
post comment