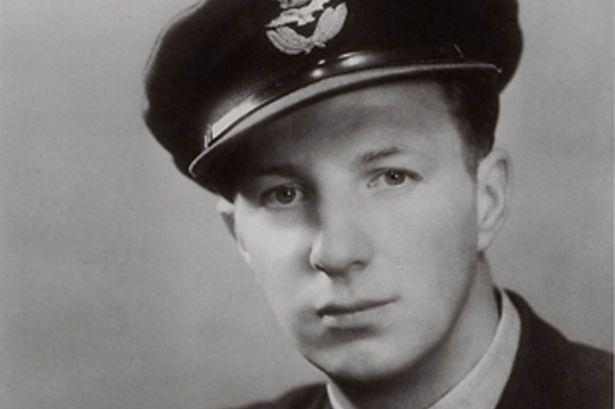 < = expand >
Having been introduced by an ex flying student of mine, I interviewed Squadron Leader Tony Clifford Iveson DFC for my Battle of Britain novel, Wings Over Summer, in 2010. At the time, he was a sprightly and self-effacing 90-year old and Chairman of the Bomber Command Association. I knew he was better known as a bomber than a fighter pilot, but I had no idea exactly how famous he was until he appeared on Desert Island Discs, a BBC radio programme, and then anniversary television programmes about the sinking of the Tirpitz when he was a Lancaster pilot with 617 Squadron. Anyway, he was very helpful to me and was kind enough to read and comment (favourably) on Wings Over Summer before it was published. Sadly, he died on 5 November 2013.

Perhaps someone can add more detail on his Spitfire career, but the following is what I know. He joined 616 Squadron at RAF Kenley as a brand new sergeant pilot on 2 September 1940. He told me he chased them round southern England for about a week and when he caught up with them they'd lost so many pilots they were moved out of the red heat of Kent to the comparative quiet of RAF Coltishall in Norfolk. Nevertheless, on 16 September, he ran out of fuel chasing a Ju 88 and was forced to ditch in the North Sea. In October 1940, he was posted to 92 Squadron (which I think was still at Biggin Hill then). At some point after this, he went to become a flying instructor in Rhodesia, where he was commissioned in May 1942, from where he returned to become a Lancaster pilot and fly 27 operations with 617 Squadron.

Shropshire Blue, A Shropshire Lad in the RAF Vol 2, On The Buffet