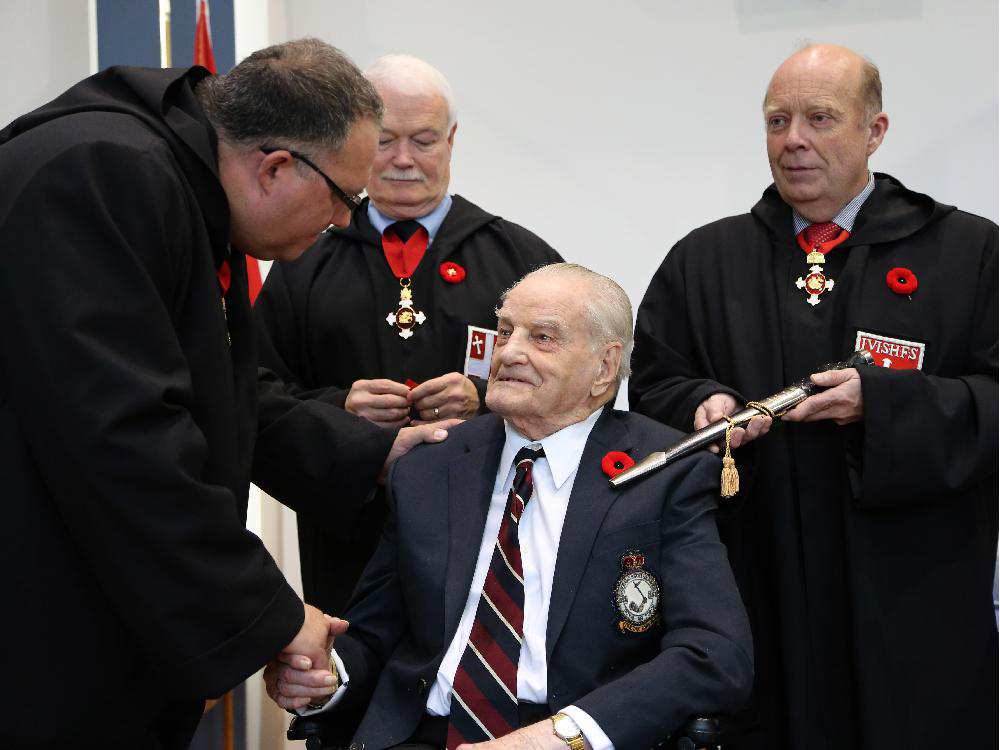 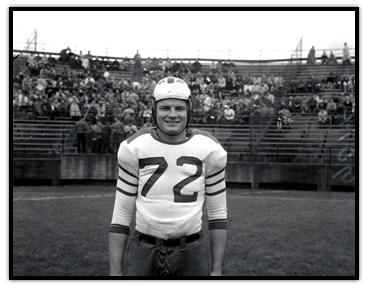 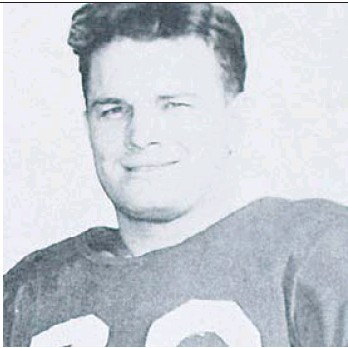 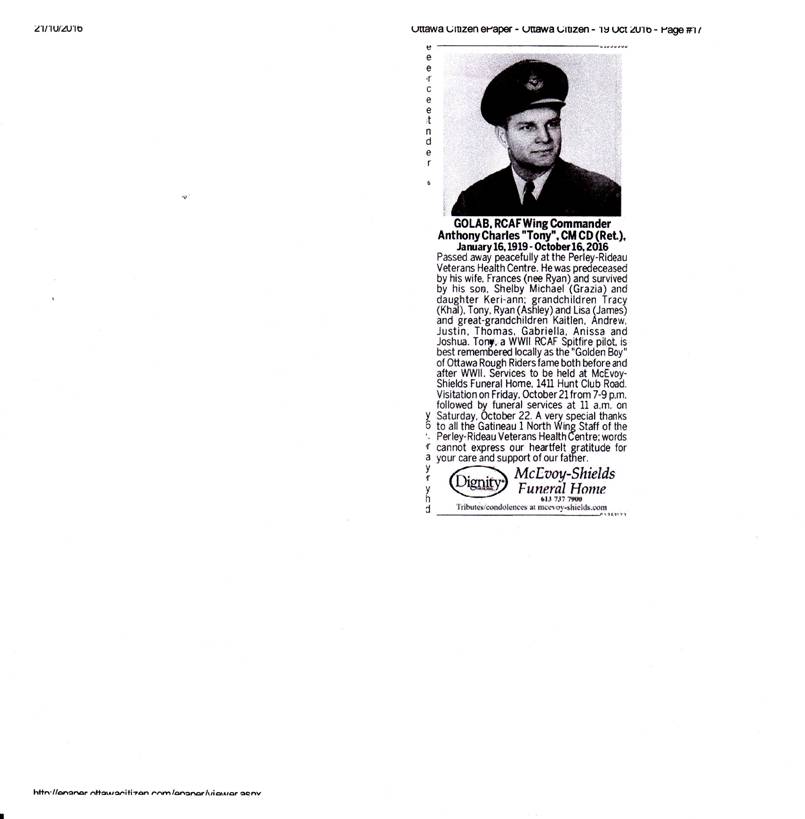 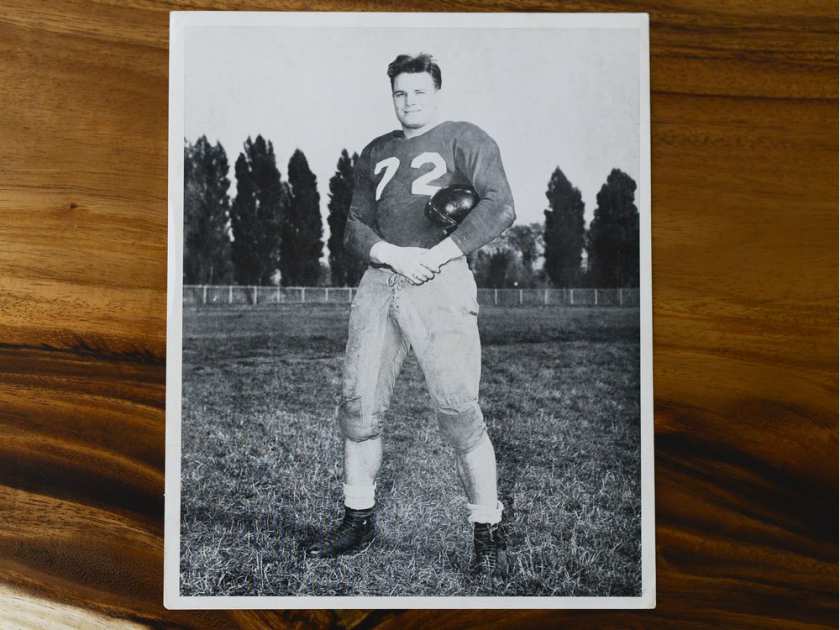 < = expand >
The Golden Boy of Canadian football has died. Tony Golab was 97 when he passed away Sunday in Ottawa (Oct 2016).

Golab starred for the Ottawa Rough Riders for nine seasons over two stints between 1939 and 1950, separated by military service in the Second World War, where he was a tactical reconnaissance pilot (Spitfire) having been shot down twice, once over Italy, once over Egypt. During service in Egypt, he apparently taught the King of Egypt how to swim. In Egypt, the pilot who shot him down at 5,000 feet was actually an inexperienced American pilot.

"One day, flying at 5,000 feet taking photos of German troops on the move in Egypt, a plane slid in behind Tony’s Spitfire. The pilot lit up the Spitfire with his guns and Tony had to quickly bail out and hit the silk. He cursed aloud when he saw his plane had been shot down by an inexperienced and confused American pilot." (Ottawa Citizen)

Over Italy, he was hit by ground flak, causing an explosion just behind the cockpit, which, shattered his knee. He was declared MIA, but was quietly being looked after by the Italian resistance. On his return, he played professional football again despite his knee injury. He passed away only recently, in Ottawa, Canada (2016) at 97.

He was part of Rough Riders teams that played in four Grey Cup games and won the title in 1940. He was three times an Eastern allstar at halfback and twice as flying wing, approximately the equivalent of the slotback position today.
In 1941, Golab was received the Jeff Russell Memorial Trophy as most valuable player in the Big Four conference and the Lionel Conacher Award as Canada’s outstanding athlete, voted by The Canadian Press.

“When I first got hired here, I wanted to do a good job of learning about the history of Ottawa football and guys that had been here, and obviously his name is up on the wall (at TD Place stadium) for a reason,” Ottawa Redblacks head coach Rick Campbell said Monday. Redblacks fullback Brendan Gillanders grew up in Ottawa, but, still more than a month shy of his 26th birthday, is far too young to be aware of Golab’s background, but not of the impact of former players like him.

“Having the history here, in my opinion, it has kind of been passed down from generation to generation because each generation experienced a different version, depending on what era you grew up in,” Gillanders said. “But you knew there was always support, and I think that’s why (Ottawa Sports & Entertainment Group) got off to such a good start right off the bat when the Redblacks were here in Year 1.”

During the Second World War, Golab was twice shot down while flying reconnaissance missions over Italy, Egypt and other parts of North Africa. He was once reported as missing in action, although it turned out he was quietly being cared for by the Italian resistance movement, and Ottawa sports historian Jim McAuley said Monday that Golab also told a fascinating story about being asked to teach Egypt’s King Farouk to swim while stationed in that country.
After the war and during his second Rough Riders stint, Golab continued working as an RCAF pilot and worked his way up the chain of command.

He served as chief administrative officer at a base in Nova Scotia and advance flying school in Saskatchewan, where he also became commanding officer. Subsequent postings included one on the planning staff for the Western NORAD region at a base in Washington state and another as battle wing commander at an air force base in California.

Originally from Windsor, Golab also coached the Hamilton Panthers (1952-53) and Royal Military College (1954-57) football team, and he was general manager of the Canadian Football League’s Montreal Alouettes in 1968-69.
In addition, he was a consultant to Sport Canada between 1972 and 1984.