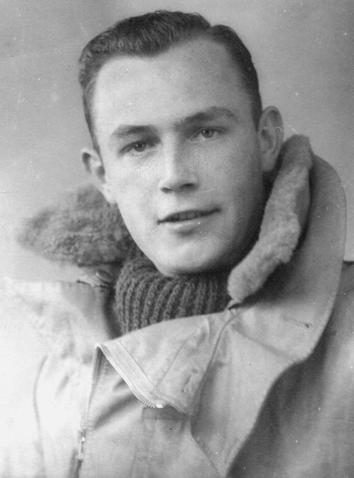 Bar to DFC 19 Sept. 44 (241 Squadron)
This officer has set a fine example of skill, determination and devotion to duty. He has completed a large number of sorties and much of the success achieved by the squadron can be attributed to his efficiency and resolution. Flight Lieutenant Turkington is a gallant and inspiring Flight Commander.

DSO 17 Apr 45 (601 Squadron)
Since the award of the Bar to the D F C this officer has completed many more operational sorties. He has a distinguished record as a close support leader. An outstanding squadron commander, S/Ldr Turkington has always shown great courage, brilliant leadership and unswerving devotion to duty.

From Historical Society (link right) - he had survived the war, but died tragically on a routine post-war flight while on operational standby (sounds like stall):

Bobby expected to be demobbed shortly after V E Day on the 8th May, 1945, but he was retained in Italy on operational standby because the War with Japan was not yet over. He wrote to his mother to say that that he would be home in August. She re-decorated his room in welcome. When the telegram came on the 2nd August she expected it to herald his homecoming. Instead it notified her of his death in a flying accident on the 29th July. An RAF Document gives a witness report.

S/Ldr Turkington took off in a Spitfire MK 423 on a cross-country flight to Naples. His engine was heard to cut out and he immediately turned to starboard in an attempt to return to the landing strip. The aircraft began to lose height and suddenly struck the ground with the nose and starboard wing. It then burst into flames.

F/Lieut Jones ( 601 Squadron ) saw the accident from start to finish and stated that S/Ldr Turkington probably died almost immediately. His body was recovered during the afternoon, after the heat had subsided.

Paddy Turkington was one of the most popular men in the Royal Air Force.

Operational flying today consisted of 12 bombing sorties during the early part of the morning and a dusk patrol of 2 aircraft. 2 enemy strongpoints were attacked in the ALPHONISE area and a further strongpoint was bombed in the RIOLO area. In the latter attack, the formation of four aircraft was led by the Squadron Commanding Officer, S/Ldr R.W. TURKINGTON D.F.C. In an endeavor to wipe out the enemy position, the formation made a determined strafing attack after releasing their bombs. Mixed flak was encountered and the Commanding Officer’s aircraft, Spitfire P.T. 593 was hit. The aircraft was so badly damaged that on return to base, a crash landing was necessary. The C.O. made a wheels up landing and stepped out of the wreckage uninjured. The aircraft was later categorised as B.2, the engine Cat 2 – many flak holes were found and the aircraft was completely unserviceable. The enemy position was left in flames.

The Commanding Officer, S/Ldr. R.W. TURKINGTON, D.F.C. while returning from Liaison duty in the early hours of the morning in a Jeep, was dazzled by an oncoming vehicle and the Jeep ran off the road causing the C.O. to sustain injuries which necessitated his removal to No. 66 (Br) General Hospital and being detained there.

The Commanding Officer, S/Ldr R.W. TURKINGTON, D.F.C. returned to the Squadron on discharge from hospital being fit for duty once more.