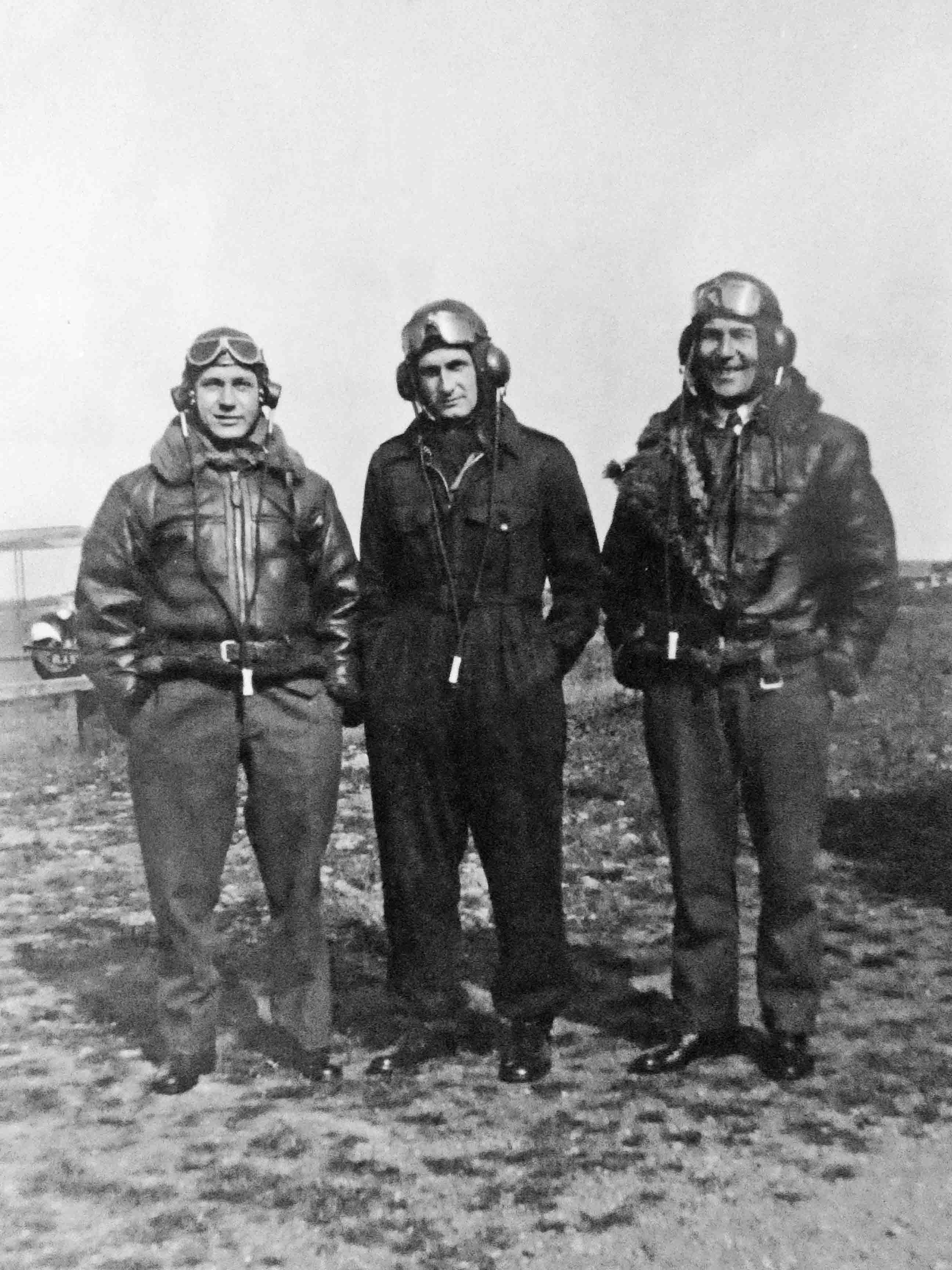 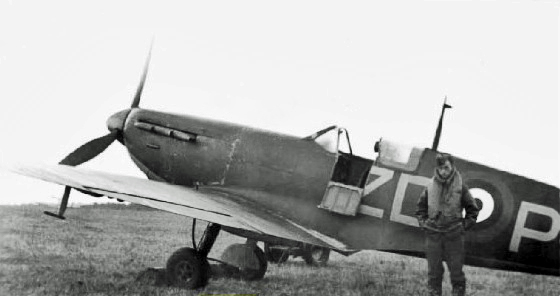 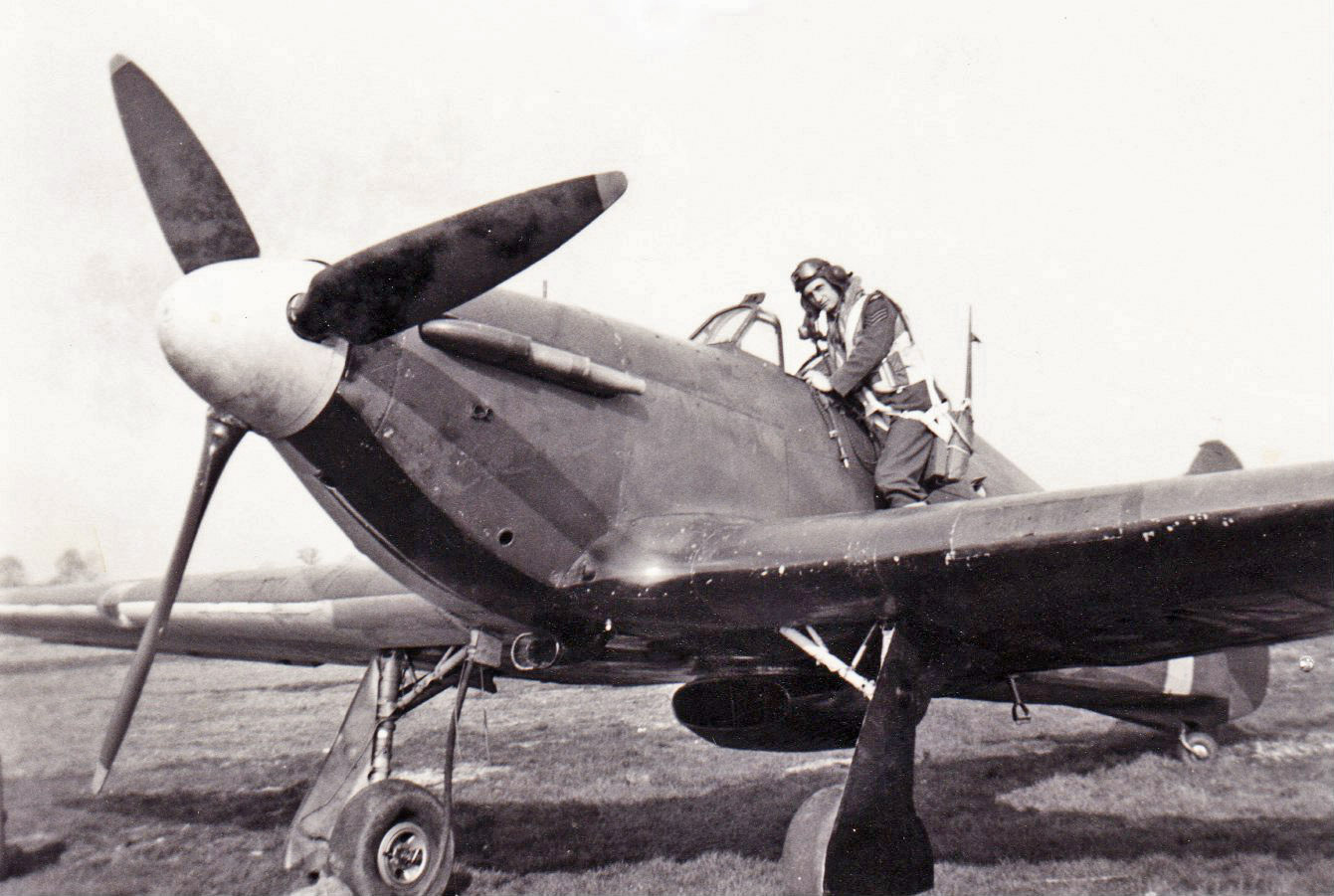 < = expand >
Aged 22, Reginald Bernard Johnson joined the RAFVR about May 1939 as an Airman u/t Pilot and carried out his elementary flying at 22 E&RFTS Cambridge. Called up at the outbreak of war, Johnson did his intermediate and advanced flying at 10 FTS Ternhill on No. 16 Course, which ran from 6th November 1939 to 11th May 1940.

He joined 222 Squadron at Duxford direct from 10 FTS. On 3rd September 1940 Johnson baled out over Burham, having developed a glycol leak on a routine patrol, slightly injured. His Spitfire, L1010, crashed at Lower Raypits, Canewdon.

He baled out again on 14th September after being damaged in combat with Me109's. His Spitfire, X4249, crashed south of Cockhide Farm, Avely.

In February 1941 Johnson was posted to 52 OTU Debden as an instructor. He went on a course at CFS Upavon in July 1941.

He was released from the RAF in 1945 as a Flight Lieutenant.

Hi with regards your uncles logbook, this was acquired by Dave Mann. This comes from the No 222 Squadron book "Go Straight Ahead " by Ernie Burton published 1996.
Best regs,
Steve Sheridan

R B Johnson was my uncle and I have been researching his experiences whilst serving with 222 Sqn in the BoB. When I was 15 he sent me a graphic account of his bale-out on 14 Sep 1940, together with the ripcord handle that he used. I have a list of all his operational sorties that are listed in the ORBs, but in order to complete the narrative, I need to see his log book. I understand from his daughter that they might have been sold to a private collector, but so far I have been unable to confirm that. If anyone knows more, please send an email to d50mac@hotmail.com
reply
by: David McIntyre Still looking! 2020-07-29 13:02:20

Thanks, Steve. Sorry about the late reply, I forgot my original password and couldn't reset it! I managed to get a copy on Go Straight Ahead, and have been trying to locate Ernie Burton and Dave Mann without success, sadly
reply
post