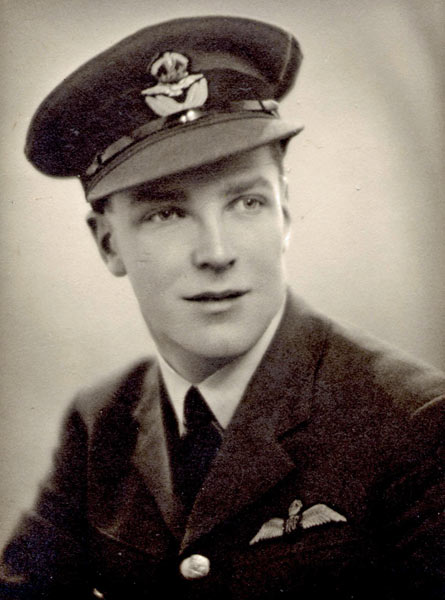 < = expand >
William Radclyffe Assheton was born on 12th December 1917 in Kent and attended Sherborne School in Dorset. He went on to study Electrical Engineering at Jesus College, Cambridge but before completing his degree he joined the RAF on a short service commission in early 1939.
He was posted to 222 Squadron at Duxford in early November.
In August 1940 the squadron was at Hornchurch. On the 30th Assheton crash-landed at Bekesbourne Aerodrome in Spitfire R6720 after combat over Canterbury.
On 11th September he made a forced-landing on Parsonage Farm, Fletching, in Spitfire R6638, after an action over the Maidstone area.
Assheton's third escape came on 20th September when he baled out with slight burns, after being shot down in a surprise attack by Me109's over the Thames Estuary. He landed at Latchington and was admitted to St. Peter's Hospital, Maldon. His Spitfire, K9993, crashed and burned out at Linkhouse Farm, West Hanningfield.

In 1945 Assheton was awarded the DFC (gazetted 10th April 1945) for service with 540 Squadron, a Mosquito photographic-reconnaissance unit.

He remained in the RAF after the war, graduated from the RAF Staff College and retired on 22nd November 1957 as a Squadron Leader.

He then moved to Spain where he died on 4th November 2009.