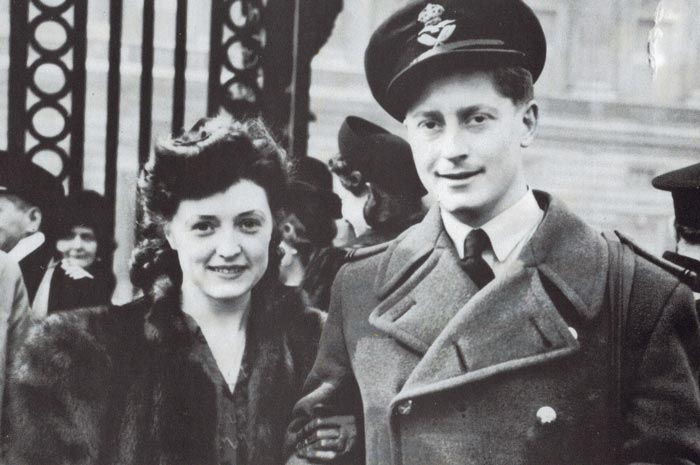 < = expand >
Robert Arthur Beardsley was born in Charlton, London on 19th January 1920 and educated at the Roan School, Blackheath. He joined the RAFVR on 2nd April 1938 and carried out his elementary flying training at 20 E&RFTS Gravesend.

Called up on 1st September 1939, he was sent to 3 ITW Hastings after which he was posted to 15 FTS Lossiemouth moving later to Middle Wallop and Chipping Norton.

With his training completed, Beardsley went directly to 610 Squadron at Biggin Hill on 27th July 1940. He was attached to 7 OTU Hawarden on the 30th and after converting to Spitfires rejoined 610 on 12th August.

Beardsley claimed a Me109 destroyed on the 25th, probably destroyed a Do17 and a Me109 on the 29th and shot down a He111 on the 30th. The next day the squadron flew north to Acklington but Beardsley went south again on 18th September to join 41 Squadron at Hornchurch.

On this day he damaged two Me109's and on the 30th he probably destroyed a Me109 and a Do17. On this sortie Beardsley was attacked by Me109's off Dungeness and, after his engine caught fire, he made a forced-landing at Hawkinge, unhurt.

Again off Dungeness, on 25th October 1940, Beardsley was in hectic combat with Me109's. After shooting one down, his Spitfire, P7371, was hit and a cannon shell went through his starboard camshaft. He managed to make a forced-landing at Hawkinge, once again unhurt.

Commissioned in June 1941, Beardsley remained with 41 Squadron. On 18th August he probably destroyed a Me109 and damaged another. From late July 1941 the squadron was based at Merston, as part of the Tangmere Wing.

He spent some time instructing at a Spitfire OTU before going to Andreas, where 93 Squadron was being reformed in June 1942. Beardsley went with the squadron to take part in the invasion of North Africa in November. On the 25th of the month he probably destroyed an Fw190.

After returning to England in 1943, he again instructed at an OTU.

After the invasion of Europe Beardsley joined 222 Squadron at Tangmere and went with it to France.

He later had a staff job in Cairo before being released from the RAF on 20th December 1945.

Beardsley rejoined the RAF on 19th April 1949 as a Flight Lieutenant and after a flying refresher course and conversion to jets he served with 74 Squadron at Horsham St. Faith as a Flight Commander in 1950 and 1951.

When he retired on 31st July 1970 Beardsley was stationed at HQ 11 Group, Bentley Priory.

After retirement he took a mature teacher-training course, afterwards joining the staff at Butley Middle School, Woodbridge in Suffolk.

Photo:-Beardsley with his wife Eileen after being invested with the DFC