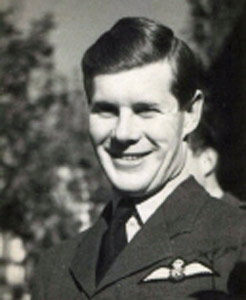 < = expand >
Graham James Cox was born in Sparkhill, Birmingham in 1919. He joined the RAF on a short service commission and began his initial training at 23 E&RFTS Rochester on 28th December 1938.

Returning to operations in September 1942, Cox went to 501 Squadron at Middle Wallop as a Flight Commander.

In May 1943 he was posted to 43 Squadron at Mateur, Tunisia. The squadron moved to Malta on 8th June. On a bomber-escort to Gerbini, Sicily on 4th July Cox destroyed a Me109. On the way back he decided to fly at low level and he and his No. 2 attacked a train at Vizzini station and blew up the engine.

On the 5th he was promoted and took command of 229 Squadron at Krendi. On 10th July he destroyed three Mc200's.

In October 1943 Cox was posted away for a rest. He returned to operations in February 1944 when he took command of 92 Squadron at Marcianise in Italy. Cox destroyed a Fw190 and damaged another on 13th May and destroyed a Ju188 on 21st July.

In 1945 he served as a Forward Controller in Italy. He was released from the RAF in 1946 as a Squadron Leader.

On 14th February 1968 Cox was piloting Cessna 182H CF-WUK over Lesser Slave Lake, Alberta, Canada when it became uncontrollable due to ice forming on the wings. The aircraft came down in the lake and Cox and his two passengers were killed.

London Gazette 17th October 1941 DFC Citation
Acting Flight Lieutenant Graham James Cox (41668), No. 152 Squadron. This officer has completed 250 hours operational flying in the course of which he has participated in 22 combats and has destroyed 3 hostile aircraft and damaged a further 5. On one occasion Flight Lieutenant Cox coolly drove off an enemy fighter which was attacking his commanding officer whose aircraft had become separated from the rest of the fighter formation. He then flew to the assistance of one of our bombers which, owing to its damaged condition was unable to keep formation, and escorted it until it was forced to descend on the sea. Although his fuel was running low, Flight Lieutenant Cox flew over the position until he saw the bomber crew had successfully launched the dinghy. Both as section leader and flight commander, this officer has displayed great leadership and ability.

London Gazette 10th October 1944 DSO Citation (Flight Magazine 2nd November 1944)
"Over a long period of operational flying, this officer has displayed conspicuously fine leadership combined with outstanding gallantry as a pilot. At the opening of the campaign for Rome he started the rout of the enemy air forces when he led his squadron against a greatly superior force of Fw 190s which were attempting to attack our ground forces in the Cassino area. Fire enemy aircraft were destroyed on that occasion, one of them by Sqn. Ldr. Cox, His squadron continued to play a leading part in the elimination of enemy air opposition, and within a week destroyed eleven more German fighters. Since the award of the D.F.C., Sqn. Ldr. Cox has destroyed at least five enemy aircraft, making a total of nine, destroyed and many more damaged. As a squadron commander he has an outstanding record of achievement"