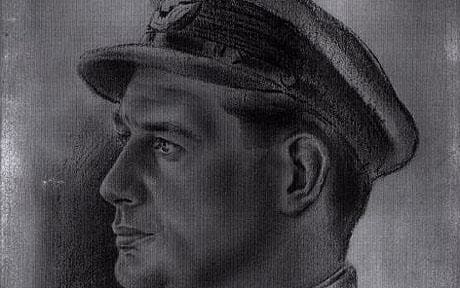 < = expand >
Robert Deacon Elliott was born on 20th November 1914 at Church Brampton, Northampton. He joined the RAFVR about August 1937 as an Airman u/t Pilot.

Called to full-time service on 1st September 1939, he completed his training at 6 FTS Little Rlssington on No. 14 Course which ran from 9th October to 9th December 1939. He was commissioned on the 10th and joined 72 Squadron at Drem on the 16th.

Elliott took part in operations over Dunkirk in late May 1940. On 15th August he was at 20,000 feet when his oxygen supply failed. He blacked out and his Spitfire went into a dive and he did not come round until he was at 1000 feet.

Posted to a staff job at HQ Fighter Command in October 1941, Elliott was awarded the DFC (gazetted 17th October 1941) and received a Mention in Despatches.

He later commanded a Wing in Cyprus and the Armament Practice Camp on the island.
He was made an OBE (1954) and a CB (1967). Elliott was a graduate of the Joint Services Staff College and the RAF College of Air Warfare.

He held a number of appointments and commands, including Commandant at Biggin Hill, prior to his retirement on 27th September 1968 as an Air Commodore, retaining the rank of Air Vice-Marshal.

After his retirement he was known as Deacon-Elliott.

Following his retirement Deacon-Elliott was appointed Bursar at the Civil Service College.

His portrait was made by Cuthbert Orde during the war.