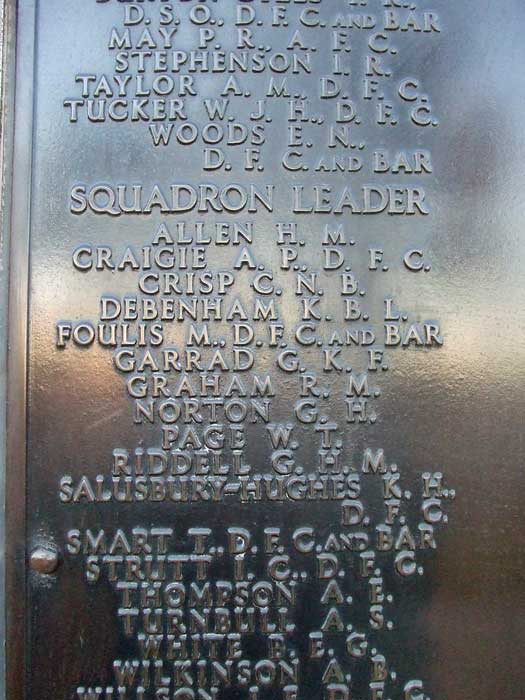 < = expand >
Kenneth Barry Lempriere Debenham, of Cambridge, joined the RAFVR about April 1939 as an Airman u/t Pilot. Called up on 1st September, he completed his training, was commissioned in late June 1940 and after converting to Hurricanes joined 151 Squadron at Martlesham Heath on 15th July.

He claimed a Me109 destroyed on 15th August and shared in the destruction of a Me110 on the 18th. Debenham was shot down on the 24th in combat with Me109’s over Ramsgate and was seriously injured when his Hurricane, R4183, crashed and burned out. He was admitted to Ramsgate Hospital and later underwent surgery at the Queen Victoria Hospital, East Grinstead, making him a member of the Guinea Pig Club.

Debenham took command of 126 Squadron at Grottaglie, Italy in November 1943. He was killed on 16th December aged 24. Aircraft searching for a missing pilot west of Bize, Albania sighted Me109’s of 10/JG27 (operating from Kalimaki, northern Greece). Wg Cdr. EN Woods DFC in Spitfire Vc JK643 and Debenham in MA905 took off on their own initiative from Grottaglie to investigate. They were not heard from again and it is believed that they may have collided over the sea.

Debenham is commemorated on the Malta Memorial - Panel 6. Column 1.