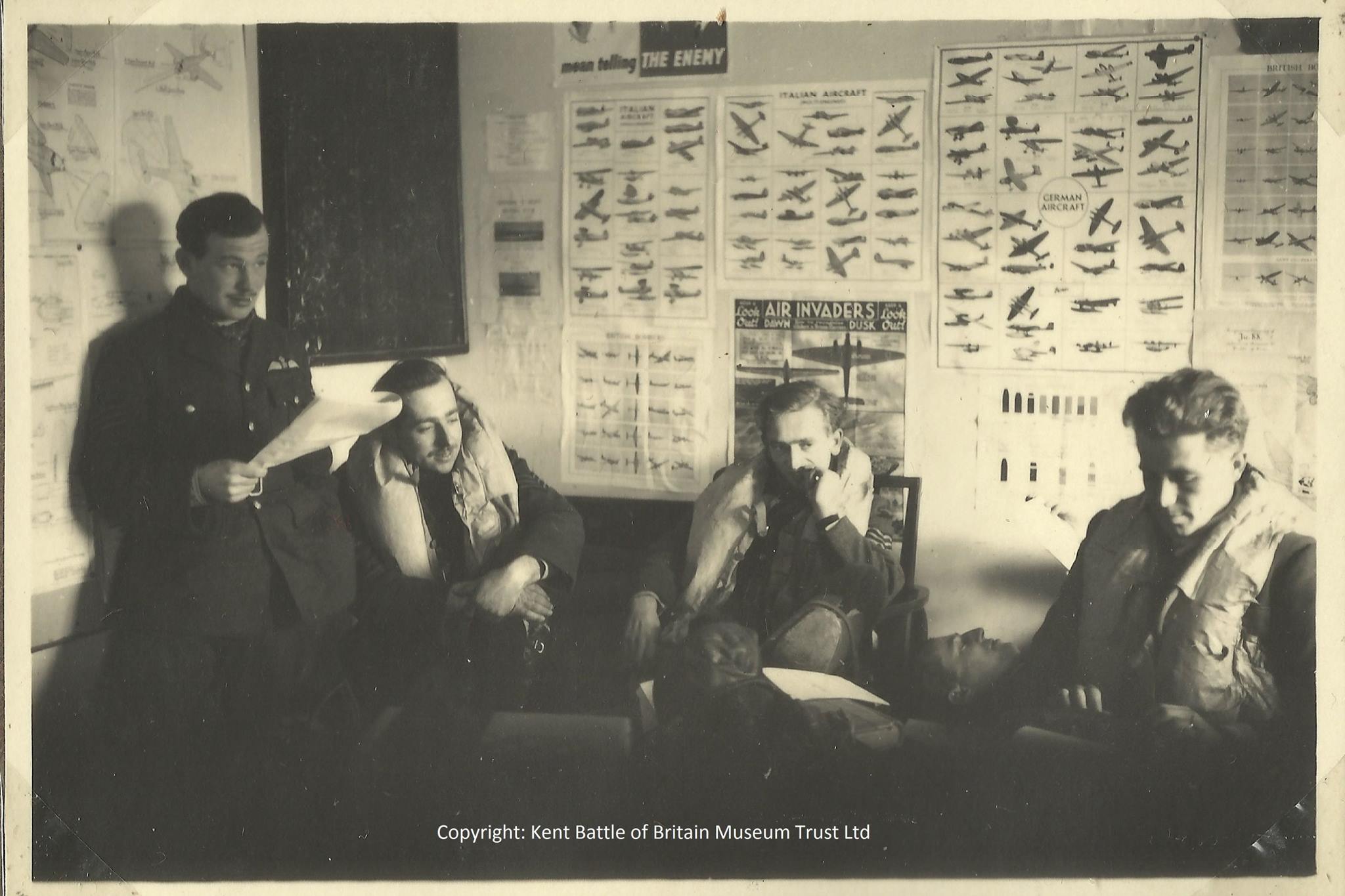 < = expand >
Dudley Henry Forrest joined the RAFVR about October 1937 as an Airman under Training Pilot (740773) and was almost certainly attached to the regular RAF for training and was fully trained when he was called on 1st September 1939.

No.263 Squadron embarked on to the carrier HMS Glorious on 21st April for Norway. Operating from a frozen lake at Lesjaskog, No.263 Squadron had all its Gladiators rendered unserviceable within three days. It was recorded in Squadron Leader Donaldson’s report on the first Norwegian expedition that Sgt. Dudley Forrest had a crash in Gladiator, Serial No. N5705, at Bodo at 11.20am on 25th April. The Squadron returned in the HMS Glorious, reaching Turnhouse on 3rd May, to reform.

Sergeant Dudley H. Forrest was posted to No.66 Squadron at Duxford on 11th May 1940. At 3.40pm on 27th September he shared in destroying a Junkers Ju 88, probably from Kampfgeschwader 77, in the Biggin Hill area.

He was posted to 421 Flight at Hawkinge on 7th October and damaged a Dornier Do 17 two miles south of Folkestone at 4.10pm on 29th November, post-war this was found to be from 6 Staffel Kampfgeschwader 1 and had crashed on return to Merville. Sergeant Forrest damaged another inconclusively off Folkestone the next day. At 9.30am on 12th December he and Fg Off Peter McD. Hartas shared in damaging a Junkers Ju 88, later identified as being from 4(F) Aufklärungsgruppe 121 and having crash-landed at Caen. At 2.20pm on 18th December he shared in the destruction of what they described as a ‘Dornier Do 17’ with Fg Of P M.cD. Hartas once again. This has been identified as actually a Messerschmitt Bf 110 of 3(F) Aufklärungsgruppe 11, this got away to force-land at Calais.

Forrest remained in 421 Flight when it reformed into 91 Squadron until July 1941 when he was posted to 53 OTU as an instructor.
Forrest was commissioned as a Pilot Officer on 31st December 1941. Promoted to a Flying officer on 1st October 1941 and a Flight Lieutenant on 31st December 1943. He was awarded the Air Efficiency Award in July 1944.

He survived the war, being released from the RAF in July 1947 as a Flight Lieutenant.