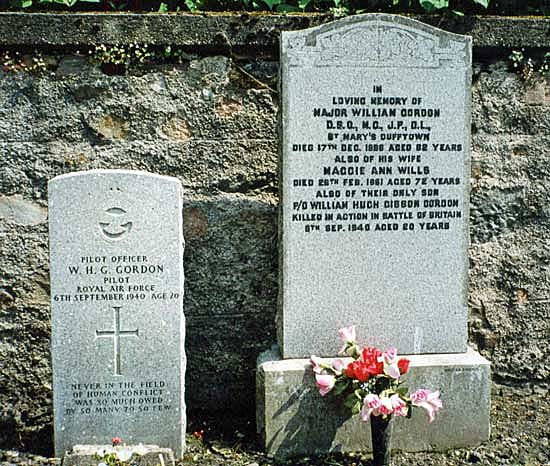 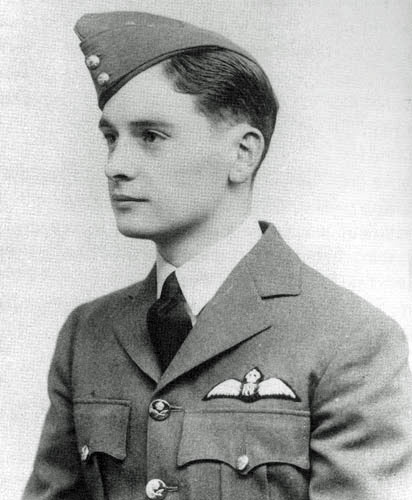 < = expand >
William Hugh Gibson Gordon was born in Aberdeen in 1920 and began his education at Mortlach Primary School.

He joined the RAF on a short service commission and began his elementary flying training on 13th March 1939.

Gordon joined 234 Squadron direct from 6 FTS on 6th November. The squadron had only recently been reformed at Leconfield.

Gordon shared in the probable destruction of a Ju88 on 12th July 1940 and claimed a Me109 destroyed over the Isle of Wight on 24th August.

He was shot down and killed in combat with Me109's on 6th September. His Spitfire, X4035, crashed on Howbourne Farm, Hadlow Down.

His funeral took place two weeks later at Mortlach Parish Church and he was buried with full military honours.

However a licensed excavation of the crash site in early 2003 found Gordon's body still in the aircraft. For the benefit of his family a weighted coffin must have been shipped north in September 1940.

He is also remembered on a memorial plaque, presented to Mortlach Primary School in 2003.