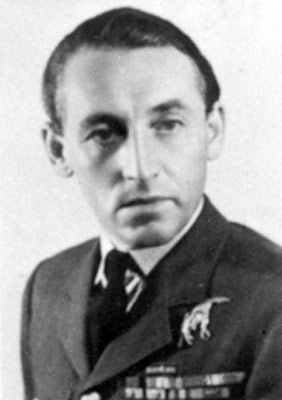 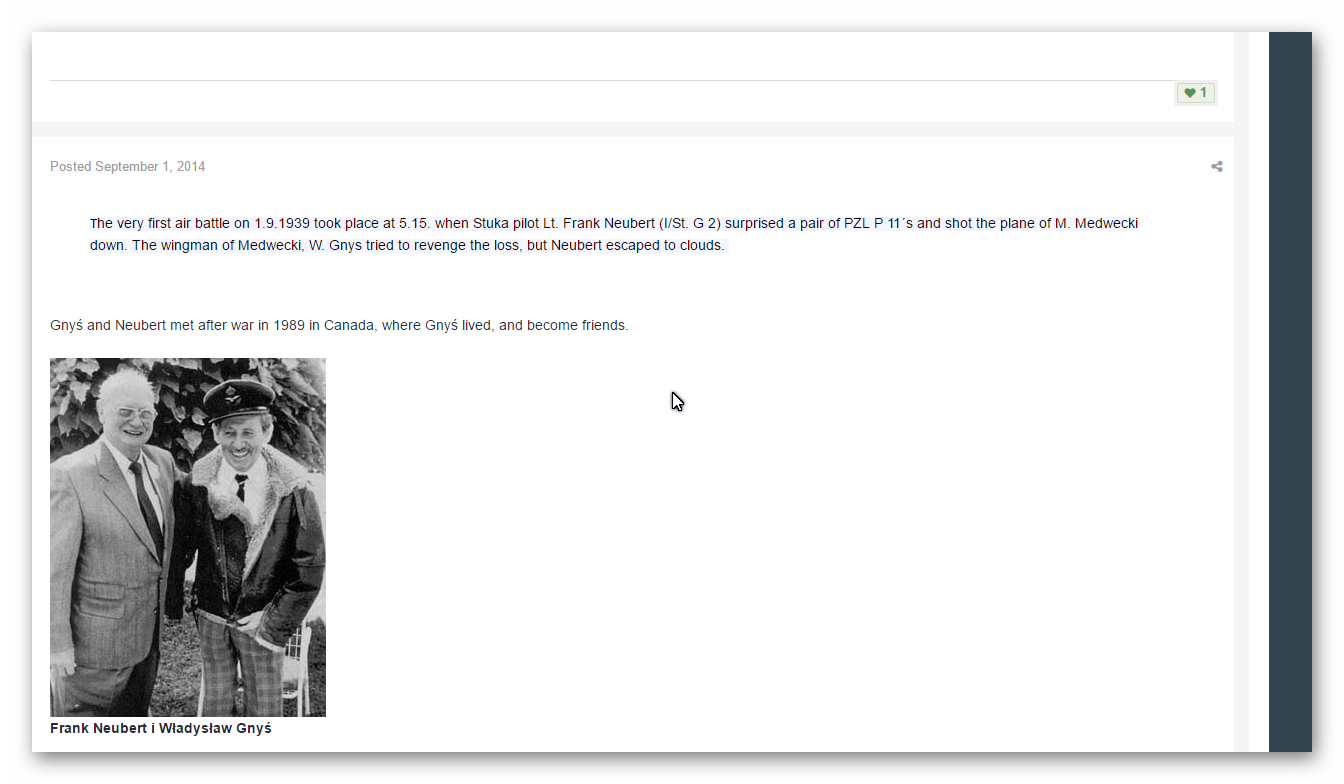 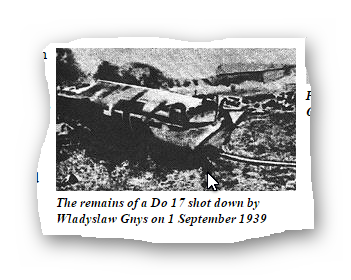 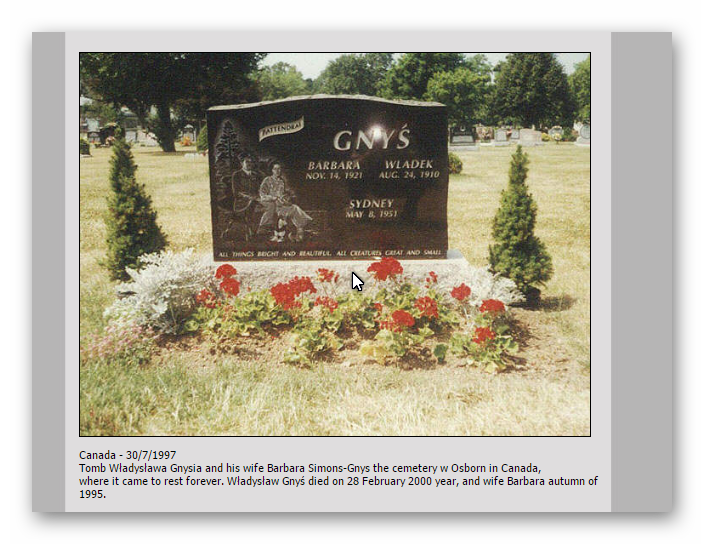 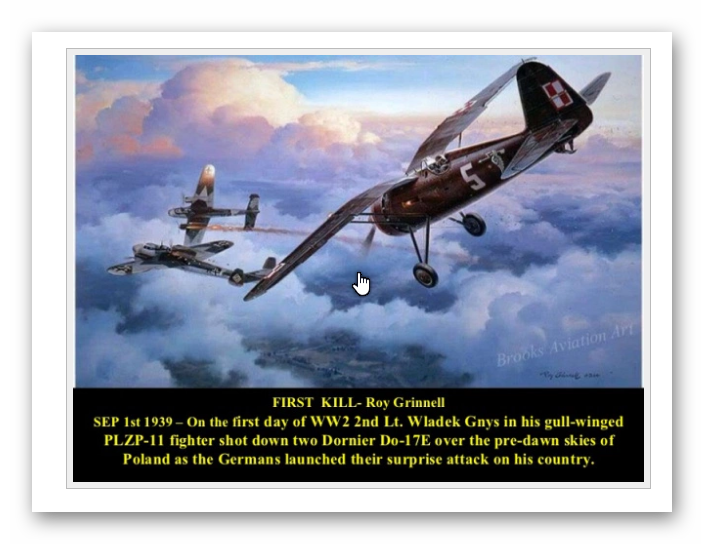 < = expand >
Wladyslaw Gnys was born in Zary, Poland on 24th August 1910 and joined the Polish Air Force in 1931. He began flying training in 1933 and then went on to a fighter pilots course. After squadron service, he was posted to the academy at Deblin in 1935 as an instructor.
By May 1939 Gnys had been posted to 121 Fighter Squadron near Krakow, equipped with obsolete PZL P11c fighters. On 31st August the Squadron moved to a reserve airfield in Balice.

He was in action on 1st September and engaged Ju87's and Do17's, he was sure that some must have been destroyed but the confusion of the time meant that this could not be verified.

He did destroy a He111 some days later.

When Poland collapsed Gnys crossed into Romania. He boarded a ship sailing for Marseilles via Malta. In France he joined l'Armee de l'Air and by February 1940 he was serving with GC III/1, operating the MS406 at Toul-Croix, west of Nancy. He shared in destroying a German bomber in May.

Prior to the French collapse Gnys sailed to Algiers, then went by train to Casablanca and boarded a ship for Liverpool, arriving there on 14th July 1940. He was sent to the Polish Wing at 3 School of Technical Training Blackpool to await a posting.

He joined the recently-formed 302 Squadron at Leconfield on 28th July. Gnys was attached to 5 OTU Aston Down on 2nd September for training on Hurricanes, after which he rejoined 302 on 26th September.

In early August 1944 Gnys was given command of 317 Squadron at Plumetot, France. On the 27th he was shot down and wounded in Spitfire NH365 (JH-A). He made a crash-landing and was captured. He was in a German hospital when it was captured by the French Resistance.

Gnys was flown back to hospital at Swindon. He did not return to operations and, after a period at HQ Polish Air Force Blackpool, he was posted to HQ Fighter Command on 17th September 1945 as a liaison officer.

He got married and settled down in Canada. His wife - Barbara Simons-Gnys (passed away in 1995) was an author of the book "Wladek Gnys -first kill",devoted to her husband's service.

In 1989 Gnys met his opponent - Frank Neubert, ex-Ju-87 pilot who shot his commnader on 1st September 1939 over Balice airfield (gaining the first aerial victory for Luftwaffe in the WWII). He was a farmer for some years and then worked in an automobile factory.