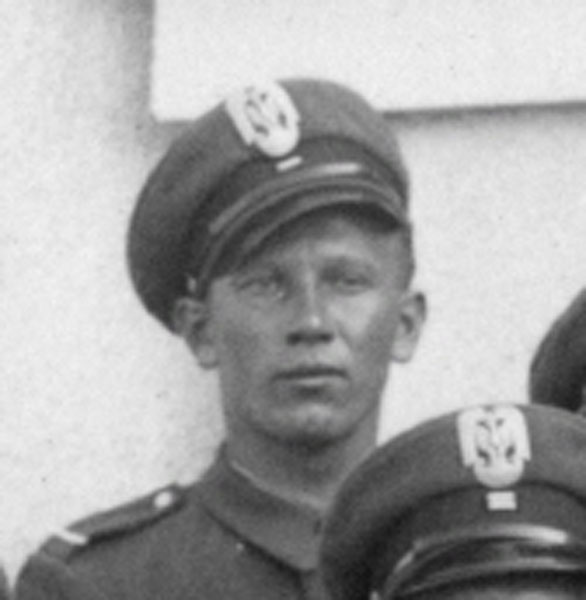 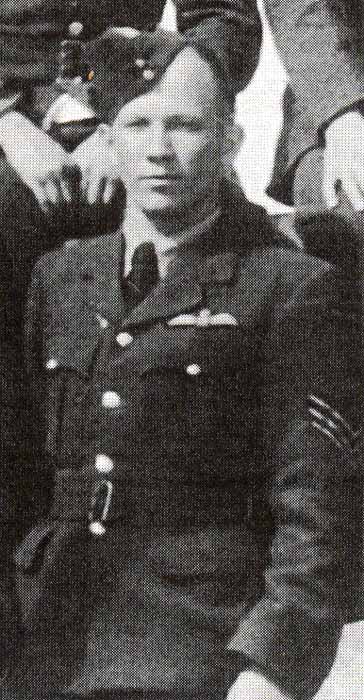 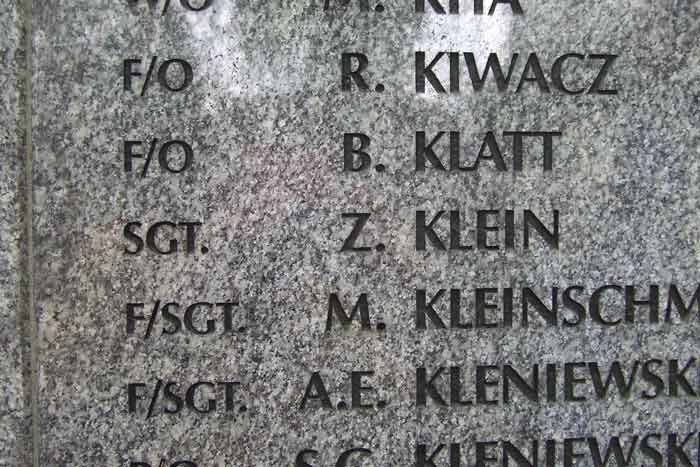 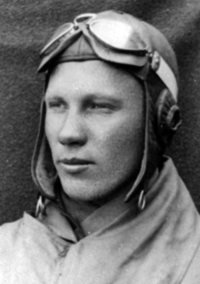 < = expand >
Zygmunt Klein was born on 24th August 1918 in Koronowo, Poland. In 1936, at the age of 18, he joined the Polish Air Force and underwent flying training in the 4th Air Regiment at Torun, on qualifying he was posted to 142 Squadron 'Mysliwski'. On 3rd September 1939, he shared a Hs126 with three other pilots.

Klein was in action until 17th September when his unit was evacuated to Romania. He then made his way to France. The French Air Force was unable to absorb all the Czech and Polish airmen that arrived in the country and some, including Klein, went on to England to enlist in the RAF. After initial training in the reception centre for Polish airmen at Eastchurch he was posted on 6th August 1940 to 234 Squadron at St. Eval.

Flying a Spitfire, he claimed a Me109 destroyed the next day and a Me110 shared on 4th September. Klein moved to 152 Squadron at Warmwell on 5th October and damaged a Me110 on the 7th. He made a crash-landing near Torquay on 26th November, out of fuel.

Klein was reported 'Missing' two days later, believed shot down into the Channel by Me109's in the Isle of Wight area, in Spitfire P9427-UM-V. It was during this engagement that Flt Lt. John Dundas shot down the German ace Helmut Wick and it is believed that Klein may also have scored hits on Wick.

His body was never recovered and Klein is remembered on the Polish Air Force Memorial at Northolt.

Hi, Please can you confirm where you got the information tying Spitfire P9427 to UM-V
Was it from the photo on the Zygmunt Klein page? If so I am not sure if it is correct as there is another photo taken from a different angle of this plane and pilot, taken at the same time which shows the serial number as R6597 UM-V. I do not believe this photo to be of Ziggy
reply
by: Lee Gray Klein aircraft correction 2019-12-20 14:05:11