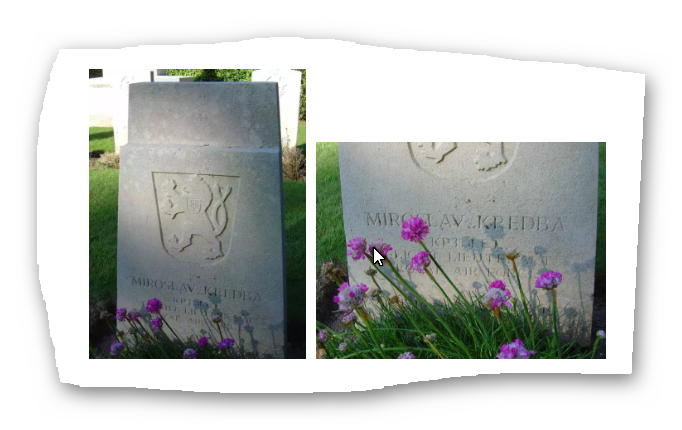 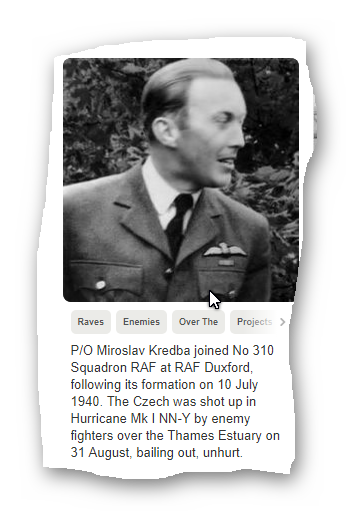 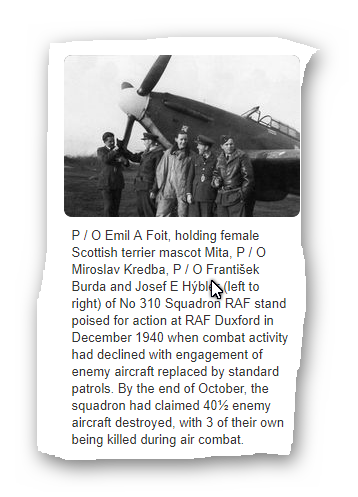 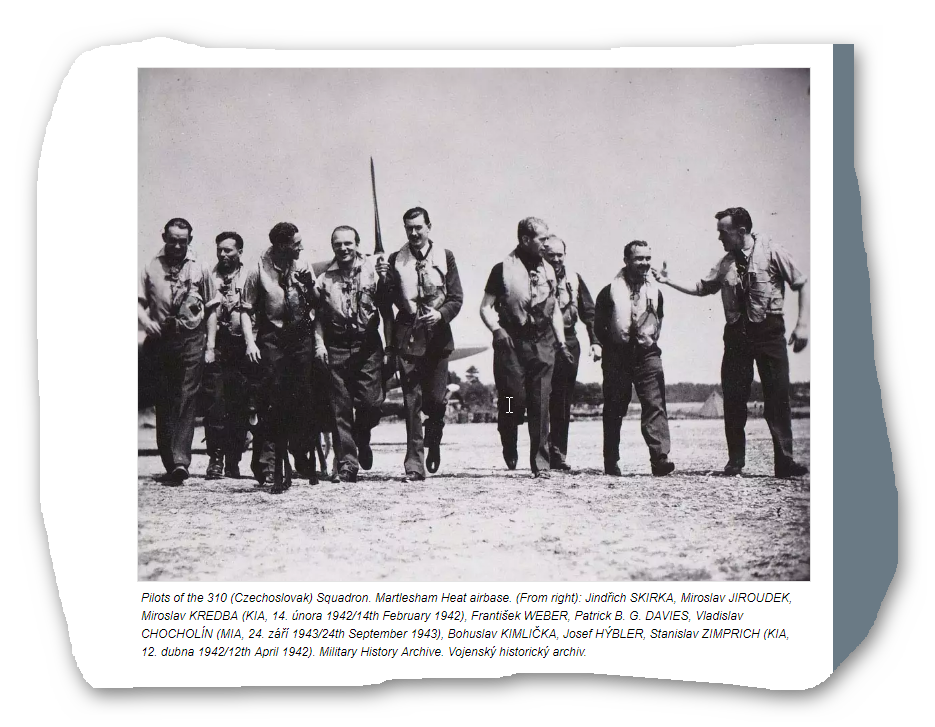 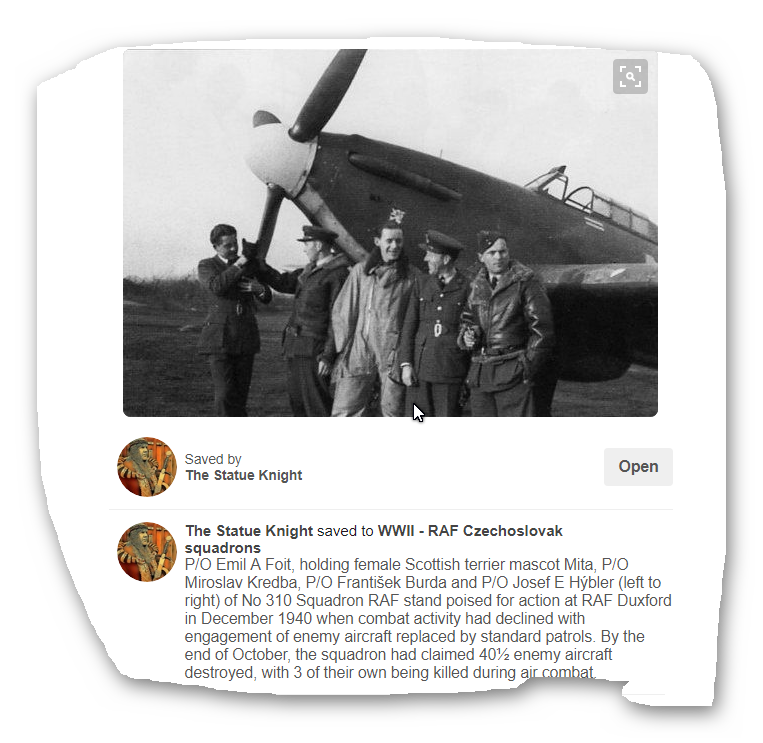 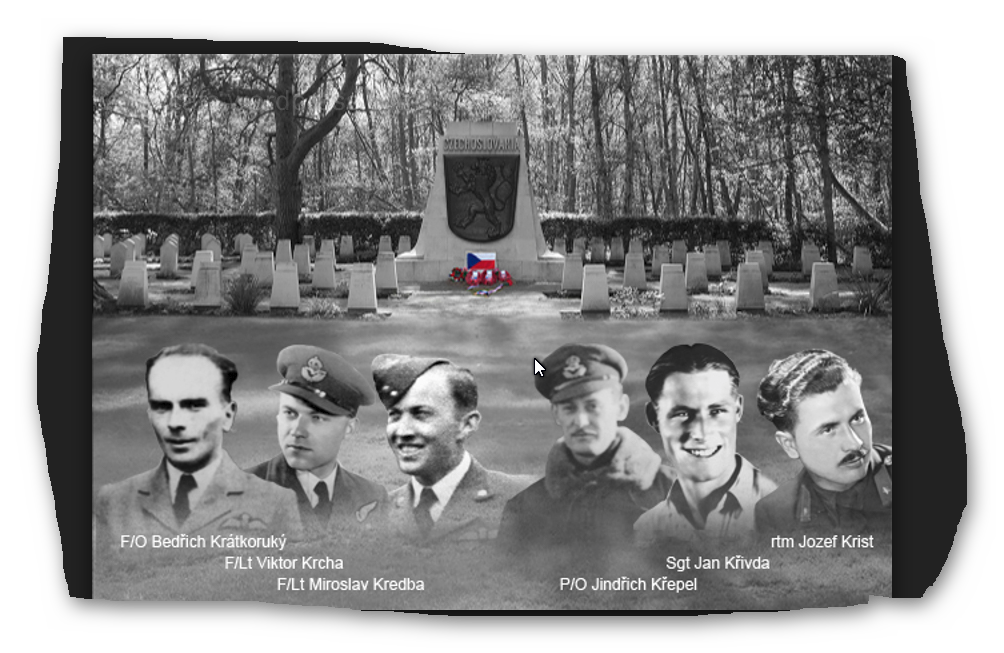 < = expand >
Miroslav Kredba was born on January 29th 1914 at Libichov, Czechoslovakia. He escaped from that country after the Nazi takeover and went to France. From the outbreak of war until the French collapse in June 1940, Kredba served in the Armee de l'Air.

He escaped to England and joined 310 Squadron at Duxford at its formation on July 10th 1940.

Kredba was shot down on August 31st, in Hurricane P8814, over the Thames Estuary by Me109’s, which were escorting Do17’s. Kredba baled out, unhurt.

In early 1942 he was serving as a Flight Lieutenant with 310 Squadron at Perranporth. He was killed in an accident on February 14th, whilst flying Spitfire AD414/NN-X when he hit a ground obstruction when taking off on a night training flight.