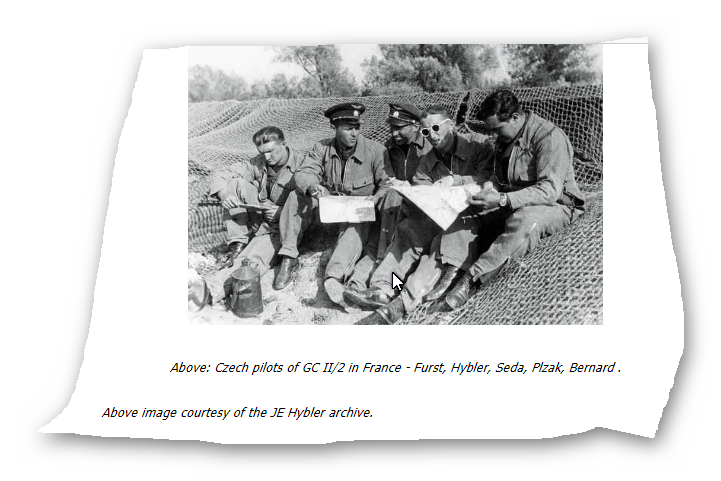 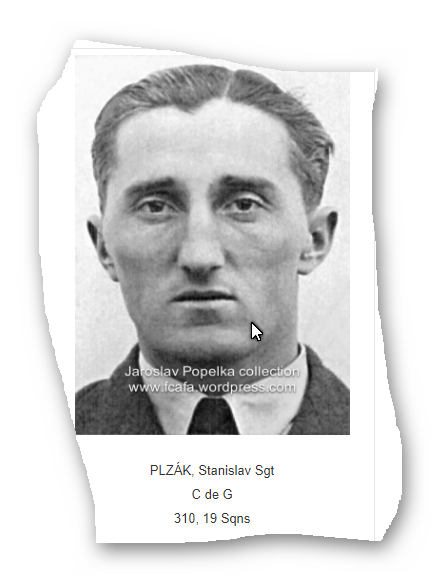 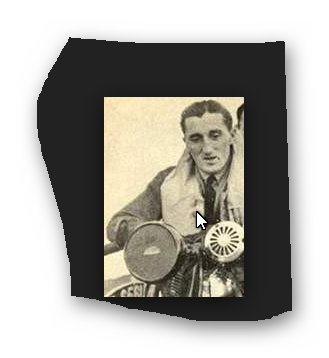 < = expand >
Stanislav Plzak was born in Plzen, Czechoslovakia on 13th November 1914. He joined the Military Aviation Academy at Prostejov as a cadet on 1st October 1932 and began his military service on 1st August 1934. He was posted to the training squadron of the 1st Air Regiment at Prague-Kbely.

Later he was transferred to the 4th Observation Squadron at the same airfield. He served there until 28th September 1937, having completed pilot and night-flying training. He was selected for fighter pilot training and went to the Military Aviation Academy at Hradec Kralove.

On 15th February 1938 he was posted to the 4th Air Regiment and on 30th June he went to the Regiment's 32nd Fighter Squadron which was equipped with B-534 aircraft.

After the Germans took over the country in March 1939 Plzak was demobilised. On 8th June he crossed the border near Radvanice into Poland and reported to the Czech Consul in Krakow. They arranged for him to travel to Gdynia where he boarded the Kastelholm, in which he sailed to Boulogne, arriving on 31st July.

Plzak was required to join the French Foreign Legion but war was declared just as he due to be posted to the Legion base in Algeria. He was posted to l'Armee de l'Air instead on 11th September 1939 and sent to the Ecole de Pilotage at Avord for re-training on French equipment. On 16th January 1940 he went to CIC Chartres for further training and on 17th May was assigned to GC II/2, operating the MS406 at Laon-Chambry.

The German advance caused GC II/2 to move airfields frequently as it retreated westward and by mid-June the unit was at Frejorgues, near Montpellier in southern France.

After the French collapse Plzak was released from service after which the CO of GC II/2 arranged for the Czech airmen in the unit to be flown to Perpignan in a Lockheed L12. From there they travelled to Port Vendres.

On 24th June they boarded the General Chanzy and sailed for Oran, Algeria. From Oran they travelled by train to Casablanca where they boarded the Gibel Dersa, bound for Gibraltar. Here they transferred to the Neuralia bound for England and arrived in Liverpool on 12th July.

Plzak was sent to the Czech Transit Camp at Cholmondeley but moved to the Airmen's Depot at Cosford on 20th July. He enlisted in the RAFVR on 25th July and joined 310 Squadron at Duxford.

He was commissioned on 7th August 1941. On the same day he was on a sortie with 19 Squadron over Mardyck in Spitfire P7771, the last sortie of his operational tour. On the return from escorting Blenheim bombers which attacked Lille, the formation was attacked by Me109's from JG2 and JG26 near Calais.

Plzak's aircraft was shot down and probably crashed into the English Channel. His body was never recovered.

He is commemorated on the Runnymede Memorial, panel 34.