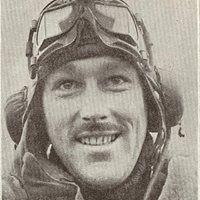 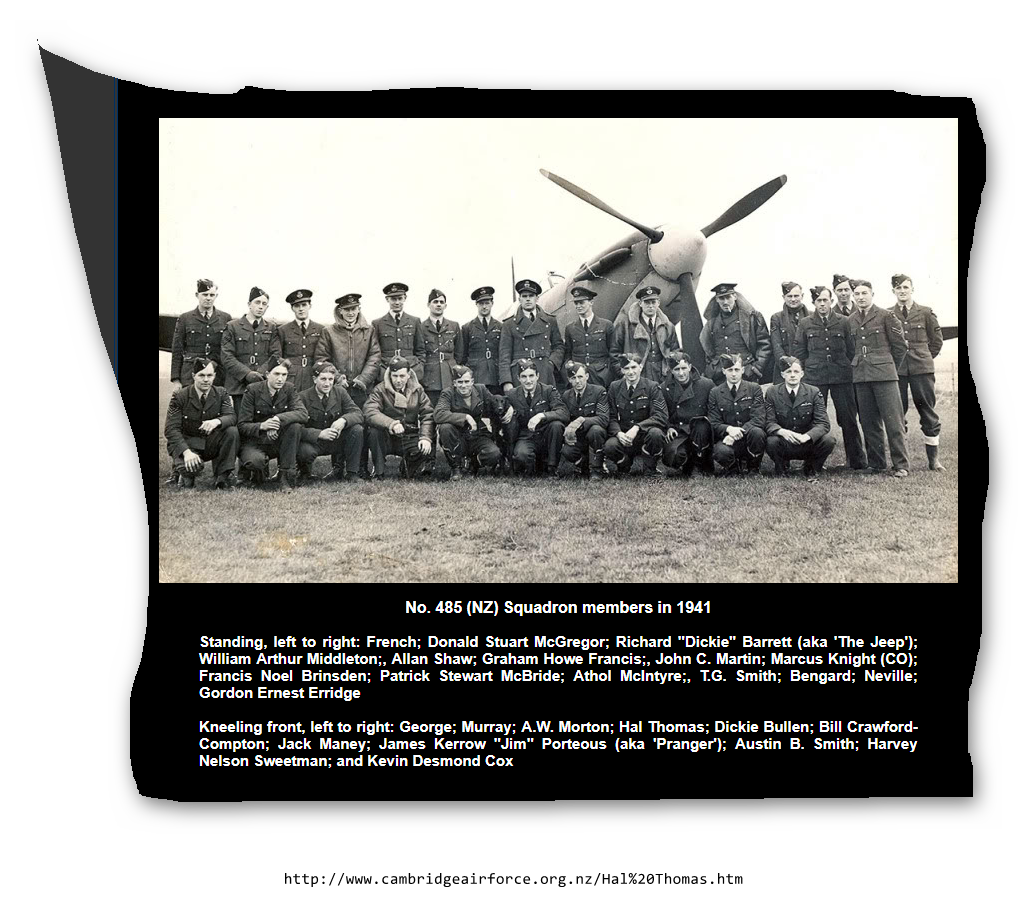 < = expand >
Athol Gordon McIntyre was born in Auckland on 4th January 1917 and educated at New Plymouth Boys High School. He went to work for an insurance company in Wellington.

In August 1938 he applied for an RNZAF short service commission but there were few awarded and he did not begin his elementary flying training at the Wellington Aero Club until 26th June 1939.

McIntyre was commissioned and went to No. 1 FTS Wigram on 12th September. He was awarded his flying badge on 23rd November and sailed for the UK in early March 1940 in the SS Remuera, arriving there on 13th April.

McIntyre transferred to the RAF at Uxbridge and went to 12 OTU Benson in May, to convert to Fairey Battles. On 3rd June he was carrying out a night cross-country exercise. At one point he was engaged by searchlights and fired on by anti-aircraft guns, in spite of having given the correct signals for the day.

Later on the same flight he ran out of fuel and baled out, landing safely but suffering concussion.

On 15th July McIntyre moved to 7 OTU Hawarden to convert to Spitfires but afterwards joined 111 Squadron at Croydon on 29th July, the squadron was equipped with Hurricanes 29. On the 30th he was detached to the Kenley Sector Training Flight, probably to convert to Hurricanes.

He rejoined 111 on 6th August and made his first flight with the squadron on that day, becoming operational on the 10th.

On the 13th he destroyed a Do17 and on the 15th he was shot down by a Me110 over Thorney Island. His Hurricane, P3595, was severely damaged and he landed at Hawkinge, slightly wounded. McIntyre rejoined 111 on 24th October and made his first flight since 15th August on 25th October.

On 1st March 1941 McIntyre was posted to 485 Squadron, then being formed at Driffield. With his tour completed, he went to 51 OTU Cranfield on 7th October 1941, for Controller duties, and did not return to operations until November 1942, when he joined 488 Squadron at Ayr.

McIntyre was made a Flight Commander in February 1943 and in May went on attachment to Rolls Royce at Derby, where he became Senior Service Instructor on the Fighter Pilots Engine-Handling Course.

McIntyre was posted away in October 1944 and in January 1945 went to 83 GSU Aston Down to convert to Typhoons and Tempests.

He joined 3 Squadron at Volkel in Holland in March 1945 and was with it until July, when he was posted to RAF Sealand as a maintenance test pilot.

McIntyre was awarded the AFC (gazetted 1st January 1958) and retired from the RAF on 30th January 1959 as a Squadron Leader.

He went to work for Rolls Royce and eventually became Military Representative in the Aero Division.