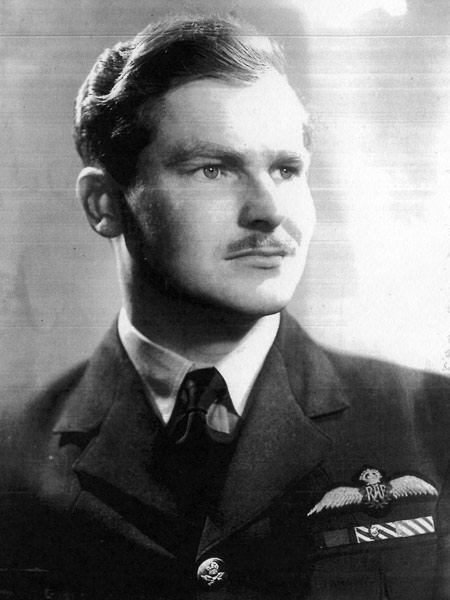 < = expand >
This pilot flew fighter aircraft for the RAF in WWII, this record has come from the RAF Archives with a log book reference. The log book is available for viewing in the RAF London archives. The data we parsed includes pilot name, rank, awards, and log book dates - but little else, i.e. country of birth or aircraft flown. We have made country of birth the UK until users edit the pilot listing to make a correction, figuring a majority will be UK pilots. We do have a reference number for the operational log book(s) available in the RAF archives, in London, and the reference numbers include: Log Book accession no. M10523. If a user conducts research on this pilot and can fill in this pilot's biography further by clicking edit, or, can visit the RAF archives to inspect the log book(s) and add any aircraft serials or sortie details, this change will be reflected in your profile as recognition. Let us know if you visit the archives.

Denys Edgar Gillam was born at Tynemouth on 18th November 1915 and educated at Bramcote, Scarborough and Wrekin College, Shropshire. He was awarded his 'A' Flying License at Public School Aviation Camp at Norwich on 12th September 1934.

He joined the RAF on a short service commission in February 1935 and was posted to 6 FTS Netheravon on 7th May. With his flying training completed he joined 29 Squadron at North Weald on 6th March 1936.

Gillam was posted to the Met Flight at Aldergrove on 25th January 1937. He was awarded the AFC (gazetted 9th June 1938) for flying food to Rathlin Island, which had been isolated by a gale for three weeks. He made two perilous landings in a Westland Wallace.

On 1st September 1940 Gillam destroyed a Do17, probably another Do17 and a Me109 and damaged a third Do17 and on the 2nd he destroyed a Me110. In this last action his engine was set alight by a Me110 over the Maidstone area. Gillam baled out, unhurt. His Spitfire, X4181, crashed at Brook Farm, Capel.

Gillam was posted to 312 (Czech) Squadron at Speke on 6th September as a Flight Commander. He destroyed a Ju88 as he took off on 8th October, the squadron's first victory and probably the fastest confirmed victory of the war.

Gillam was shot down on 23rd November by ground fire at Dunkirk and baled out, wounded in legs and arms. He got into his dinghy and was protected by aircraft of 615 until an ASR launch arrived from the Goodwins and picked him up.

In January 1942 Gillam went to the USA to lecture American aircrews. Back in the UK in March, he was posted to Duxford to form the first Typhoon Wing, which made its first operational appearance at Dieppe on 19th August.

Gillam attended the RAF Staff College in October and was posted to HQ 12 Group in February 1943. He was sent to the Command and General Staff School, Fort Leavenworth, Kansas in August and after his return to the UK was appointed Wing Leader 146 Wing in December.

On 24th October he led the Wing against a building in Dordrecht where a conference of high-ranking German officers was taking place. Gillam dived from 6,000 feet and dropped a marker bomb, followed by two 500lb. bombs. He was followed by five Typhoons which bombed from a very low level. Among the dead were two Generals, 17 senior officers and 55 other officers of the HQ of the German Fifteenth Army.

Awarded a second Bar to the DSO (gazetted 23rd January 1945), Gillam was posted in February 1945 to HQ 84 Group as Group Captain Ops. In August he went to 84 Group Disbandment Centre and was released from the RAF in October 1945.