added by: The Warshipologist
add 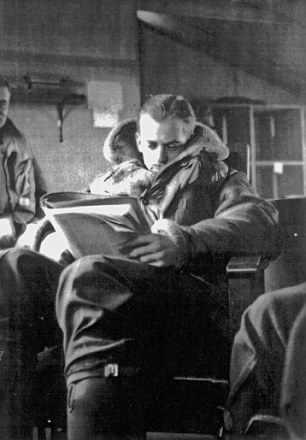 < = expand >
Charles Gordon Chaloner Olive was born at Paddington in Brisbane to New Zealand-born clerk Hugh Chaloner Olive and Lucinda Maud, née Exley. After attending Brisbane Grammar School and, briefly, the University of Queensland, he enlisted in the Royal Australian Air Force as a cadet in January 1936, studying at Point Cook in Victoria. He became a pilot in December 1936 and in January 1937 went to England on a commission with the Royal Air Force. He served as a pilot officer with the No. 2 Flying Training School, and on 22 May 1937 was transferred to the No. 65 Squadron's Hornchurch Wing. Promoted flying officer on 19 August 1938, he became a flight commander at the outbreak of the Second World War.

Olive piloted a Spitfire on 193 sorties over three tours of duty between September 1939 and March 1941, and was slightly wounded while patrolling during the Dunkirk evacuation. He destroyed five enemy aircraft during the Battle of Britain and on 19 August 1940 was promoted flight lieutenant, winning the Distinguished Flying Cross on 24 September. He married Helen Mary Thomas on 22 June 1940 at Kensington in London; she went to Australia in 1943, one of the first English war brides to do so, but died in 1946. Olive shot down his sixth enemy aircraft in December 1940, and in June 1941 was appointed to command the No. 456 Squadron, Australia's first and only night-fighter squadron. He was promoted squadron leader on 18 January 1942 but was forced off active service due to ill health in March. In June 1943 he joined the Royal Australian Air Force officially, but he remained attached to the RAF. In October 1943 he returned to Australia and in February 1944 joined RAAF Command, becoming acting wing commander on 1 April. On 29 December he took over command of No. 101 Fighter Control Unit, moving to Air Defence Headquarters in Sydney in January 1944. From 16 July 1945 he was posted to Air Defence Headquarters in Morotai, Indonesia, and he was demobilised and transferred to the Reserve on 7 March 1946. He was state commandant of the Air Training Corps from 1948.