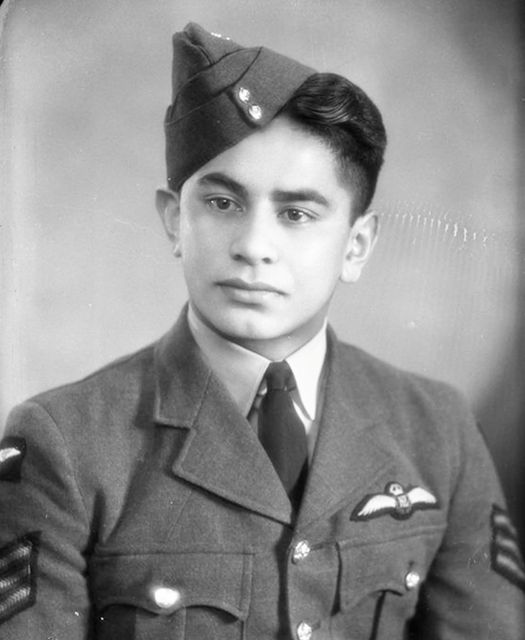 Of New Plymouth, New Zealand was born on 16 January 1922. Bert was educated at New Plymouth Boys High School and was the first Maori airman to leave New Zealand on active duty when he was posted to Singapore where he achieved Ace status with five Japanese aircraft destroyed and several probables.

When World War Two broke out Bert enlisted with the RNZAF and received his training in Levin, Bell Block and Ohakea. He was promoted to Sergeant just before leaving for overseas in July 1941. Sergeant Wipiti was posted to Singapore with the 243 Squadron at Kallang Airport. Bert stood out for his expertise during the aerial assault by the Japanese forces on Singapore where he was responsible for the first enemy aircraft to be shot down by his Squadron.

"Sergeant Wipiti was awarded the Distinguished Flying Medal for his service in Singapore. The citation read; “Sergeant Wipiti carried out a large number of operational flights against the enemy and displayed outstanding courage and determination whilst engaging large formations of enemy aircraft. He set a fine example to all.”

After Singapore Bert was posted to Calcutta where he joined the 67 Squadron (RAF). He was promoted to Warrant Officer in 1943 and posted to England where he was trained on Spitfires before joining RAF 485 (NZ) Squadron at Biggin Hill, Kent.

Warrant Officer Herbert Sam Wipiti was shot down as part of the escort for RAMROD 88 escorting Boston bombers on 3 October 1943.

Sources vary but credit Bert with 3 aircraft destroyed and others credit him with 5 enemy aircraft destroyed.
Operationally Bert flew Buffalo's, Mohawks, Hurricanes and Spitfires with 21, 453, 5, 67 and 458 Sqns in Malaya, Singapore, India, the United Kingdom and France.

Bert was 21 years old at the time of his passing. He is memorialized on the Runnymede Memorial, in Englefield Green, Surrey, England. After the war, his parents were presented with their son's DFM by the Governor-General of New Zealand, Sir Cyril Newall, in a ceremony at Government House in Wellington. Lest We Forget.