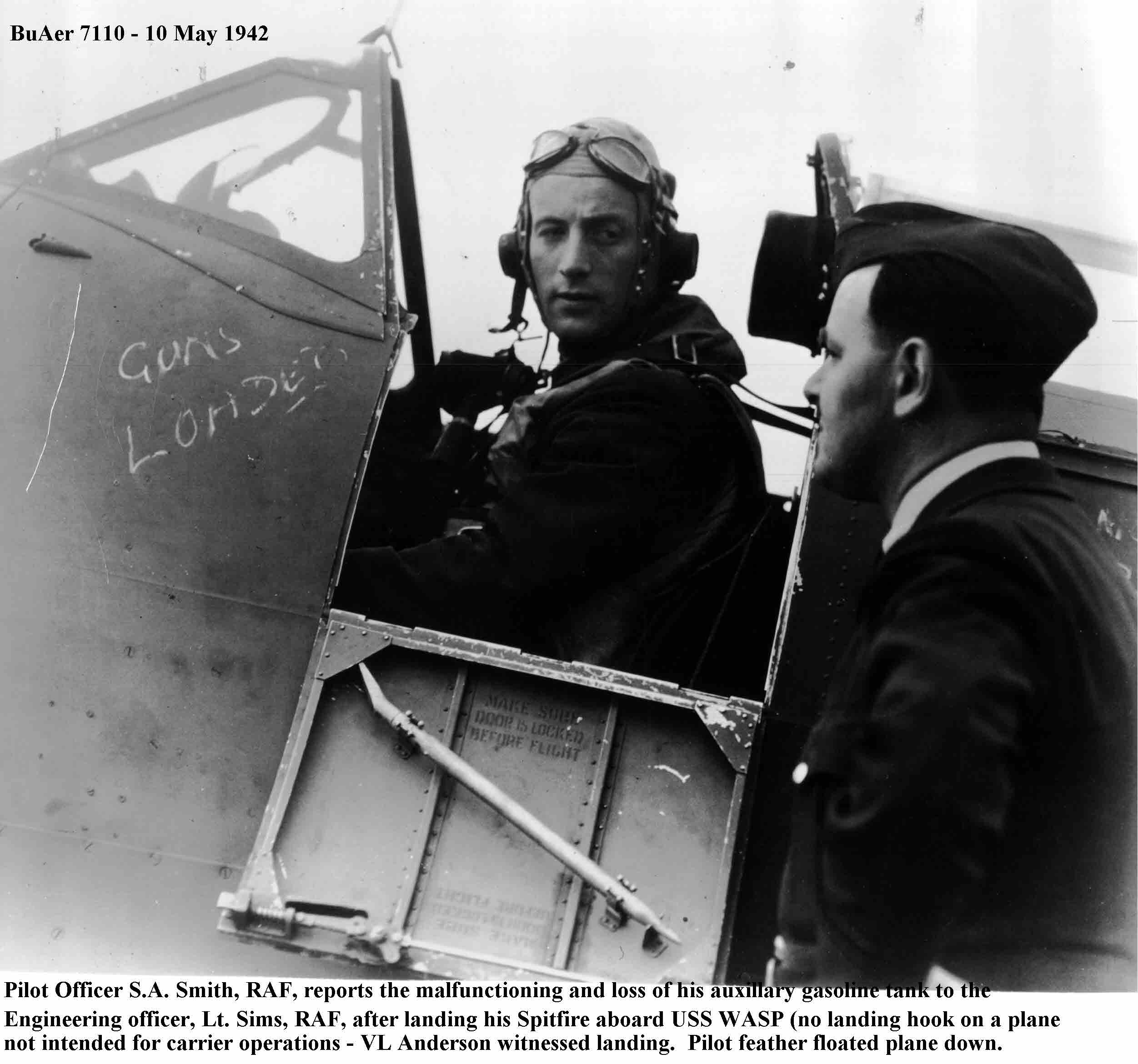 < = expand >
One of the legendary Smith brothers, Jerry Smith joined the RCAF in October, 1940, just after his younger brother, Rod and was posted to an RAF squadron. On May 3rd , 1942, he boarded USS WASP CV-7 with 601 Squadron RAF and sailed for Malta in Operation Bowery; the delivery of 47 vital Spitfires to the beleaguered island fortress.

Upon take off on the 9th May, Pilot Officer Jerry Smith found his long range fuel take was not drawing which made it impossible to complete the 500 mile trip to Malta. Faced with ditching in the sea, he requested permission from WASP's Captain John W. Reeves jr. to land on the carrier. The major problem with this, was that Spitfires did not have tail hooks to catch the arresting wires on the flight deck and thus stop the aircraft before it ran off the bow.

After an aborted first attempt, he was guided in by the LSO Lt. David McCampbell (Later the highest scoring US Navy ace of WW2) and came to a halt 15 feet from the bow of the ship. His plane was undamaged. For this unprecedented and remarkable feat, he was unofficially awarded a gold pair of US naval aviators wings by the Air Officer, Cmdr. Michael H. Kernodle.

The next day, he took off for Gibraltar and later flew to Malta via HMS EAGLE on 18th May, 1942. He landed successfully and joined 126 squadron RAF. He was joined the next month by his brother, Rod Smith who flew as his wing man.