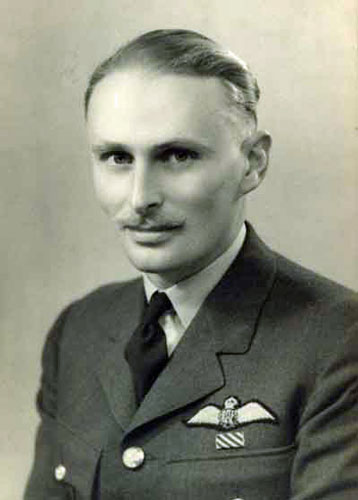 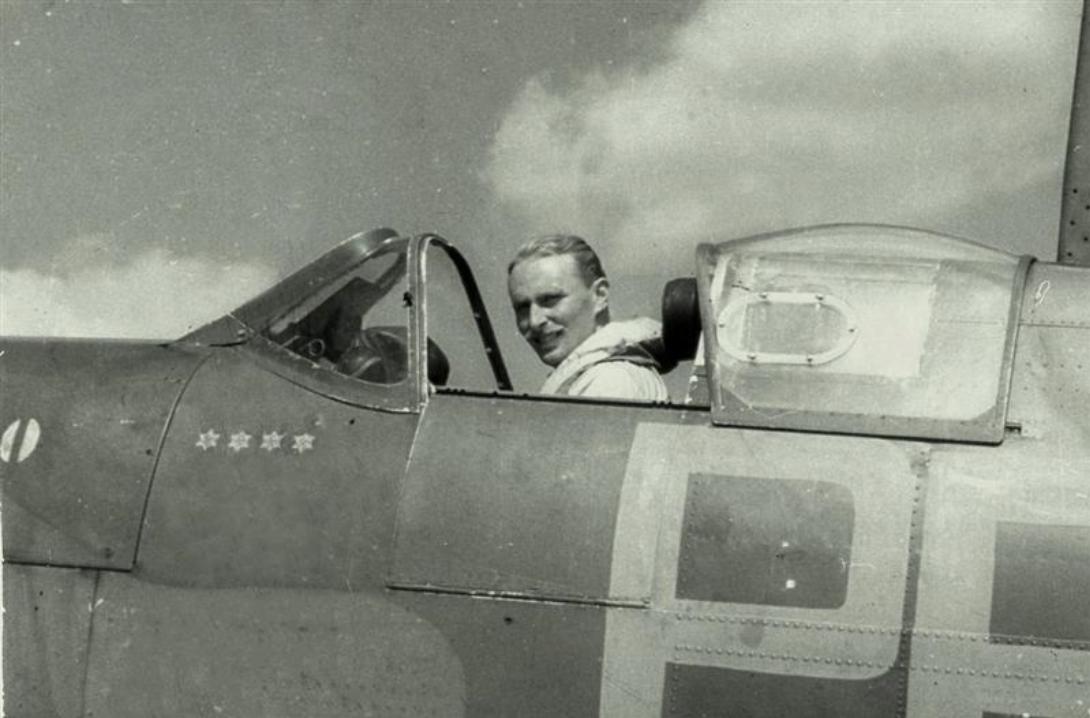 < = expand >
Frank Jonathan Howell (39612) was born in Golders Green, London on 25th January 1912 and attended Chichester School from 1925 to 1929. He worked as a clerk for the Commercial Union Assurance Company until 1934, when he went to work for the Egham Motor Company as a mechanic.

In 1935 Howell joined Henry Howell & Co. at Hendon and was there until 1936. He joined the RAF on a short service commission and began his elementary flying at 9 E&RFTS Ansty on 1st March 1937.

He returned to the UK in July 1939 but was admitted to Uxbridge Hospital on the 21st. He was discharged on 28th August 1939 and after sick leave went to No. 1 Depot Uxbridge on 25th September as a supernumerary.

After a spell on temporary administrative duties he was posted to 609 Squadron at Drem on 14th November 1939. Near Dunkirk on 31st May 1940 Howell shared in the destruction of a Ju88 and on 1st June he damaged a He111. He was appointed 'A' Flight Commander on this day.

Above: his portrait was made by Cuthbert Orde in November 1940.

On 12th July he shared in the probable destruction of a He111 and on the 18th shared a probable Ju88. In this engagement, off Swanage, Howell was shot down in Spitfire R6634 by return fire. He baled out and was rescued by the Navy.

On 21st February 1941 he went to Filton to form and command 118 Squadron, which became operational at Pembrey on 28th March. Howell claimed the squadron's first victory, shooting down a He111 in the early hours of 8th July over Southampton.

On 15th October he shared in the destruction of a Me109 near Le Havre.

On 23rd October Howell relinquished command of 118 Squadron and became supernumerary pending an overseas posting. He was given command of 243 Squadron, then at Kallang in the Far East. He sailed in the battleship HMS Prince of Wales and arrived in Singapore on 2nd December 1941.

Howell took command of 243 Squadron. Its Buffalos were no match for the Japanese fighters. He shot down an Army Type 97 on 16th January 1942 but by the time that Singapore fell on 15th February the squadron had virtually ceased to exist.

On 12th February Howell was reported 'Missing, believed PoW', he had been captured by the Japanese while trying to reach Sumatra by boat.

After years of gruelling imprisonment he was released after the Japanese surrender in August 1945 and returned to the UK, where his fitness was assessed.

Howell went on a pilot refresher course on 23rd January 1946, followed by a course at 17 FTS from 9th April. A posting to HQ Fighter Command came on 17th June 1946 and he remained there on administrative duties until 1st July 1947 when he was posted to the RAF Staff College Bracknell for a course.

He returned to HQ Fighter Command on 21st December, went to 54 Squadron at Odiham on 2nd January 1948 as a supernumerary and then took command on the 12th as an Acting Wing Commander.

On 9th May 1948 Howell was making a cine film of Vampires of the squadron taking off and landing at Odiham. He was struck on the forehead by the wing tip of one coming in to land, suffering a severe injury and died of a cerebral haemorrhage.

THE BATTLE OF BRITAIN LONDON MONUMENT