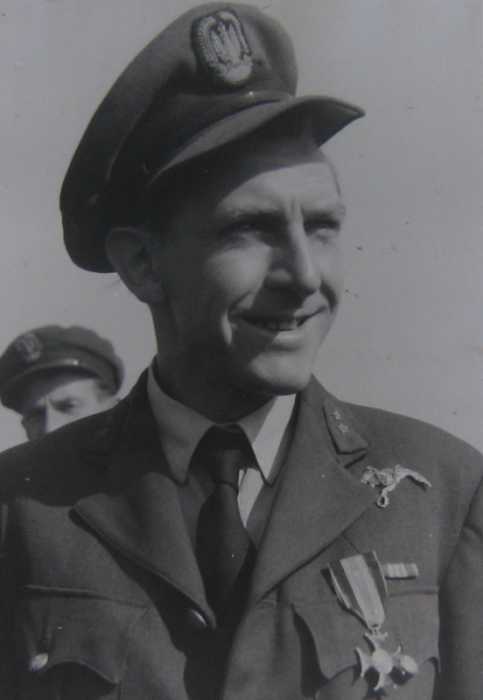 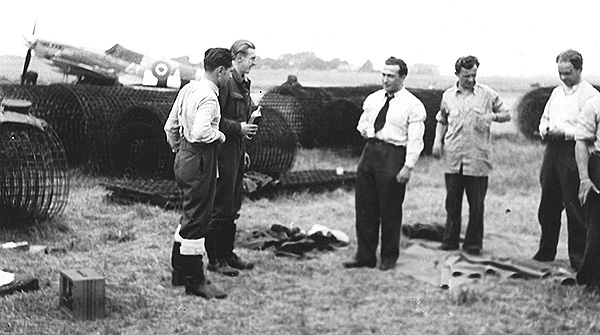 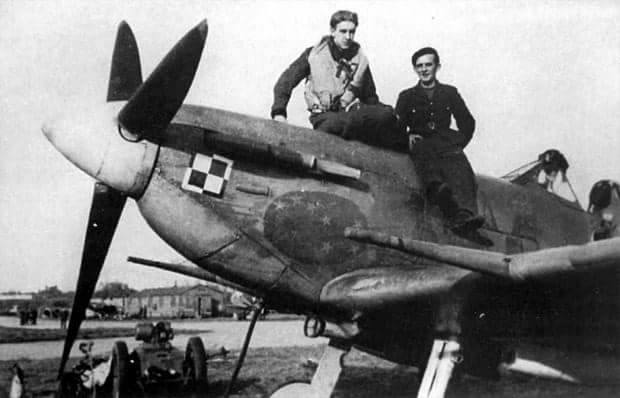 < = expand >
Son of Kazimierz Schiele (mountaineer, climber, skier, PZN activist and co-founder of a ski factory in Zakopane). In Zakopane, he graduated from primary and secondary school. In school times, an active member of the Mountaineering Club, and at the same time a participant of gliding courses at Bezmiechowa and the Gliding School in Tęgoborze. He became a glider pilot before his final exams. He graduated from the Air Force Reserve Officer Cadet School in Sadków with first place. In Dęblin he became an aviation instructor. During the September campaign in 1939 he was taken prisoner by the Germans. After escaping from a POW camp, he returned to Zakopane. On December 31, 1939, he crossed the border and reached England through Slovakia, Hungary, Yugoslavia, Italy and France. In Manstone, he founded and edited the magazines "Wiadomości z świat" and "Skrzydła" with his friends.

In 1940 he was trained in Blackpool and Carlisle and - as a fighter pilot - was assigned to the British 122 Fighter Squadron. Soon he was transferred to the 308 "Krakowski" Fighter Squadron commanded by Captain Marian Pisarek. The plane on which he flew his individual emblem was the constellation Ursa Major.

In December 1941, Tadeusz Schiele married Jeanne Johnstone, an English woman he had met in Northolt, who served in WAAF (after the war she came with her husband to Poland, in the 1950s she sang with Polish jazz bands, recorded albums, but at the turn of the 1950s and 1960s, she left unable to come to terms with the conditions in the country ruled by communists). Her person was the prototype of the character of the Englishwoman Mary in the film The Pilot's Case Maresz.

During his service in the aviation, Lieutenant Tadeusz Schiele made 201 sorties, shot down one Messerschmitt Bf 109 himself, for sure, and the second on July 17, 1941, in partnership with Capt. Pisarek, the third was probably shot down - this is how he officially scored victories according to the so-called Bajan's list (listed there under number 197) [1] also destroyed several enemy planes on the ground and rocket launchers. He received Polish and British decorations for his combat actions, incl. Silver Cross of the Order of Virtuti Militari [2]

In September 1947 he returned to Poland. He was arrested by the then authorities and put in prison for a year. After his release, he returned to Zakopane, where he lived until the end of his life. Tadeusz Schiele practiced mountaineering and speleology, wrote books and articles on aviation. For several years he was also a glider and airplane pilot and instructor at Aeroklub Tatrzański in Nowy Targ. He had the Golden Glider Badge with two diamonds (he won the diamond for surpassing the Tatra Mountains in 1969 [3]).

He died on March 22, 1986. He was buried in the New Cemetery in Nowotarska Street in Zakopane.