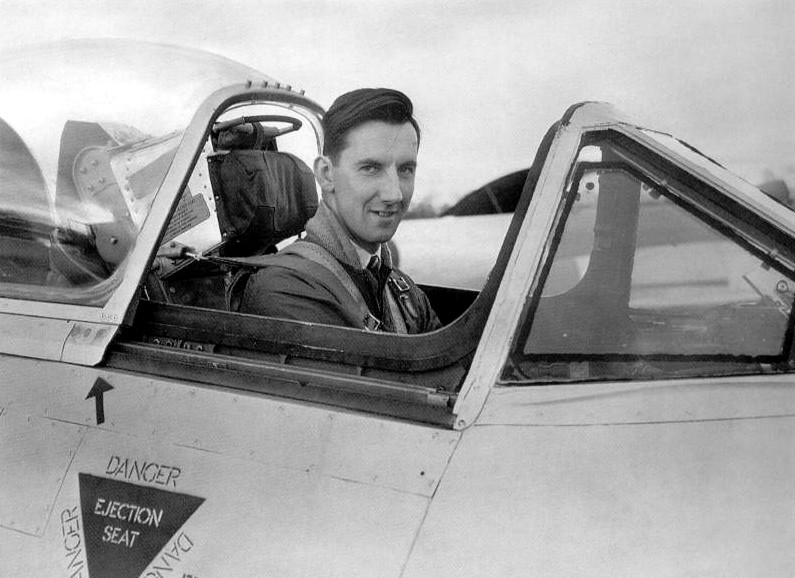 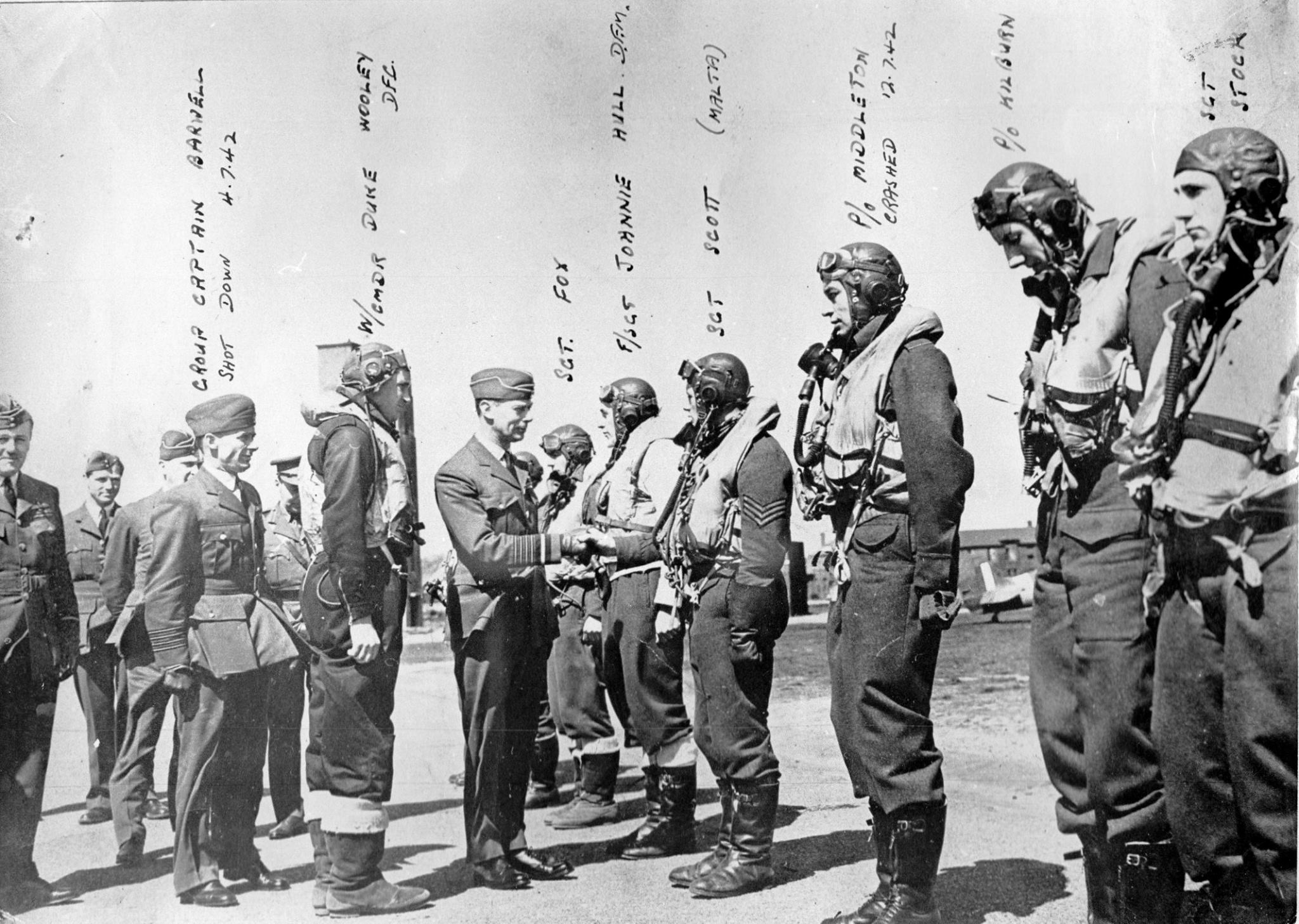 < = expand >
Michael Kilburn was born in London on 15th April 1922 of Irish parentage. He joined the RAFVR on 6 June 1940 at Cardington,Beds. On completion of training he was posted to 124 Sqn in May 1941, making his first claim whilst escorting Swordfish aircraft attacking the battlecruisers Scharnhorst and Gneisenau, as they passed through the English Channel on 12th february 1942. After the Dieppe operation on 19th August 1942, he was awarded the DFC,and in November he was promoted flight commander. He remained with the squadron until August 1944, flying successively Spitfires Mark Vb,VIb,VII and IXe. During the period 6th June 1944 until the liberation of Paris, Flight Lieutenant Kilburn was engaged in operations in No.11 Group area during which time he participated in 36 operational sorties in support of the invasion and liberation of France. He then joined CGS,becoming an instructor there.

In March 1945, he joined 83 Group,2nd TAF, where after a brief conversion course to Tempests, he was posted to 80Sqn in Holland until May, where he took command of 56 Sqn. He led this unit for a year,leaving the service in June 1946. He was credited with 6 kills, 1 shared destroyed and 4 damaged.

For the next three years he attended the Fairey Aviation Design School and trained as an aeronautical engineer at Southall technical College.On graduation in 1949 he became a production and development Test Pilot with Glosters ,mainly on Meteors,although he was still with Gloster for the early part of the GA5 and Javelin development.

He joined De Havilland Aircraft CO in 1953 as a test pilot. In 1955 he became Chief Test Pilot for De Havilland Propellors Limited, and 10 years later Sales Manager for the DH125. He was a very successful DH125 demo pilot in the US during the late 60's, early 70's. In 1974 he moved to Canada as Sales EManager for DH Canada,retiring in 1987 as Regional Dirctor,Far East.