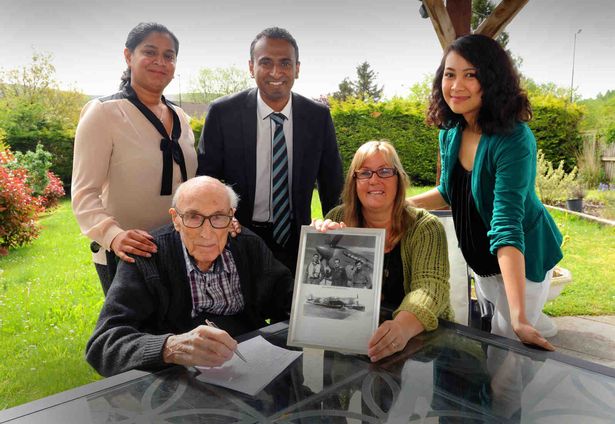 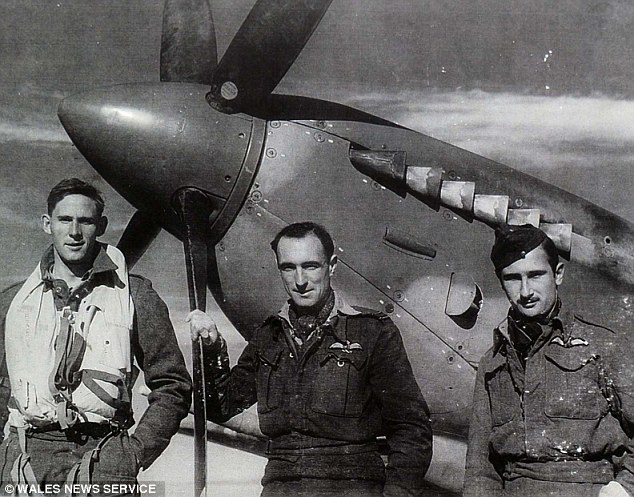 < = expand >
This pilot's life was spared by his Luftwaffe adversaries -- regaining control of his badly damaged Spitfire, after being attacked by a pair of Me 109s, he was saluted and left to his own. He credits his long 100 years to these two German pilots.

From Dailymail.co.uk article credited on the left ... TA World War Two Spitfire pilot has revealed how his life was spared by German Messerschmitt crew because they admired his bravery. John Hamilton Nicholls destroyed and damaged a number of enemy aircraft during the war and was awarded the Distinguished Flying Cross for his work.

Now, as he celebrates his 100th birthday, he has confessed that he owes his life to two pilots who allowed him to escape after shooting down his Spitfire just off the coast of North Africa.

Mr Nicholls, from Ammanford, South Wales, revealed he lost consciousness at 36,000ft following the attack but was allowed to continue flying by the German crew after regaining control of his aircraft when he came round at around 2,000ft.
He said: 'I was caught across one wing and the fuselage and one cannon shell exploded in the back of my seat.
'Fortunately I had a radio back pack on which cushioned the explosion but I momentarily lost consciousness and the spiralled out of control from 36,000ft.

'The Messerschmitts followed me down. I regained consciousness and recovered control of a badly damaged aircraft at about 2,000ft. 'The enemy aircraft flew alongside me, saluted and peeled away to leave me to my fate.