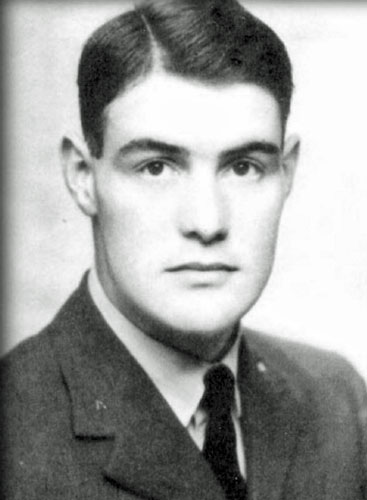 < = expand >
Keith Russell Aldridge was born on 8th May 1918 in Bristol and served in the Auxiliary Air Force before joining 501 Squadron in 1937. Called up on 24th August 1939, he was posted to 5 EFTS Hanworth to complete his training. Aldridge went on to 3 FTS South Cerney for his advanced flying.

On 19th August 1940 he rejoined 501 Squadron. In an engagement on 24th August he shot down a Ju88 near Maidstone but was himself shot down and he baled out, suffering burns and multiple fractures of an arm and shoulder. His Hurricane, L1865, crashed near Pells Farm, West Kingsdown.

After a spell in hospital, Aldridge was posted to the operations room at Rudloe Manor and later went to Exeter as controller. In early 1942 he did a refresher course at Hawarden, converted to Spitfires and then joined 33 Squadron in the Western Desert.

Aldridge later went to 206 (Maintenance) Group as a test pilot and became Chief Test Pilot, Middle East, responsible for supplying pilots to units from Cyprus down to Khartoum.

After his release from the RAF in 1946 Aldridge took up gliding, an interest he followed for the next forty years.