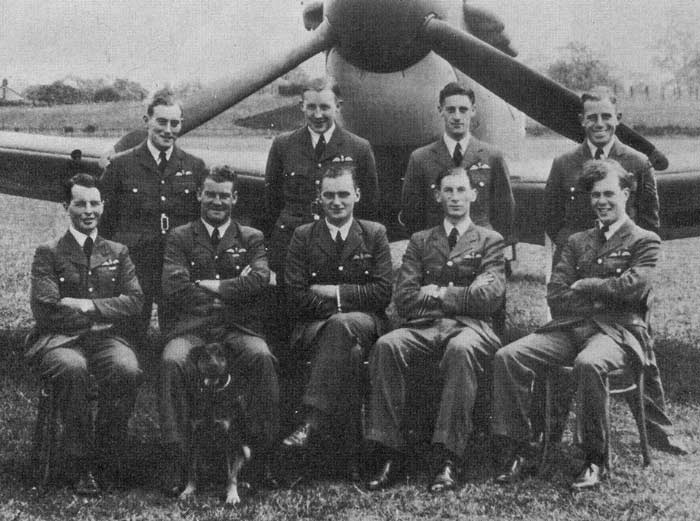 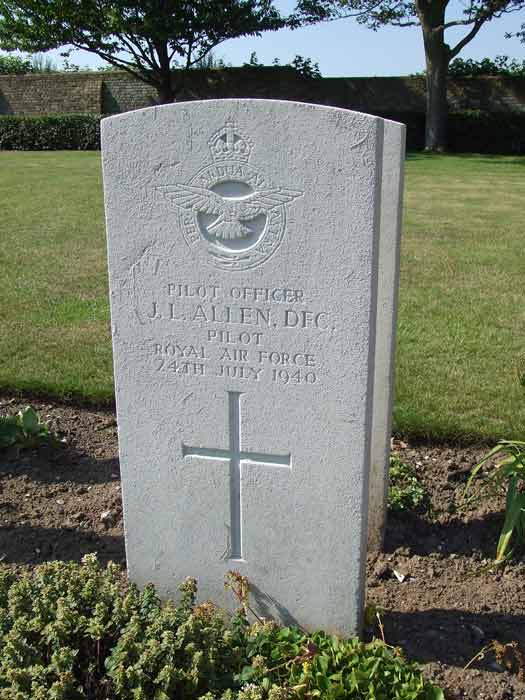 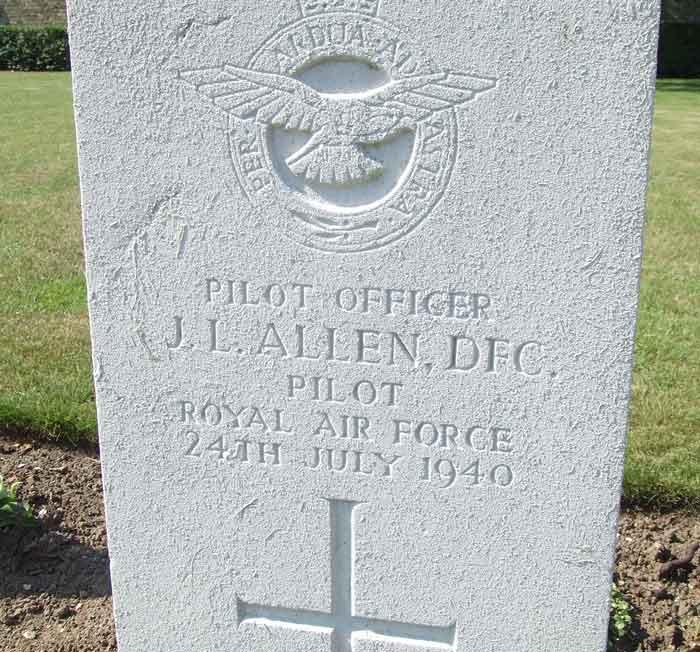 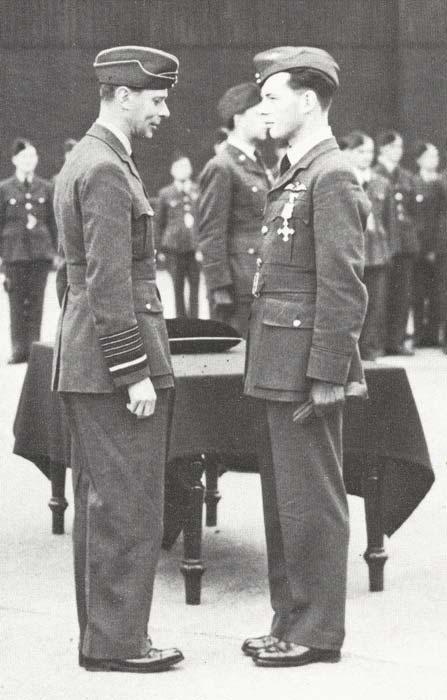 < = expand >
John Laurance Allen joined the RAF in June 1937. He went to 8 FTS Montrose on 21st August. He was on a training flight on 18th January 1938 when he disappeared in fog over Forfarshire. Search parties failed to find him. Early the next morning an RAF search plane spotted wreckage on Glen Dye moor, Kincardineshire.

Beside the wreck was a rescue party, laying down, spelling out the word ALIVE. An ambulance plane picked up Allen, badly injured. After a long stay in hospital he finished his training and joined 54 Squadron at Hornchurch on 5th December 1938.

On 21st May 1940 between Dunkirk and Calais Allen probably destroyed a Ju88, 54 Squadron's first victory. Two days later he and Alan Deere escorted Sqn Ldr. J Leathart, in a Miles Master, to Calais-Marck airfield to pick up the CO of 74 Squadron, who was stranded there. Twelve Me109’s attacked the Master but were engaged by Allen and Deere, who between them shot three down and badly damaged three more. Allen destroyed one and damaged two others.

On 24th May Allen shot down a Me109 in the Calais area, on the 25th he destroyed two Me110's and on the 26th another Me110 with another probable. In the last engagement his engine was hit by a cannon shell and he baled out over the Channel near a destroyer. He returned to the squadron that evening dressed in a naval officer's uniform, carrying a kitbag.

Allen was awarded the DFC (gazetted 11th June 1940) and received it from the King (below) in a ceremony at Hornchurch on 27th June in company with Deere and Leathart, who were awarded the DFC and DSO respectively.

Allen destroyed a Ju88 on 17th June and shared in destroying a He59 on 9th July.

His engine was damaged in a combat with Me109’s over Margate on 24th July 1940. He stalled while trying to reach Manston. He was then seen making for Foreness in a controlled descent with a dead engine, which suddenly restarted, causing him to again make for Manston.

The engine stopped again and trying to turn for Foreness a second time he stalled and spun in and was killed when his Spitfire, R6812, crashed and burned out near the Old Charles Inn at Cliftonville.