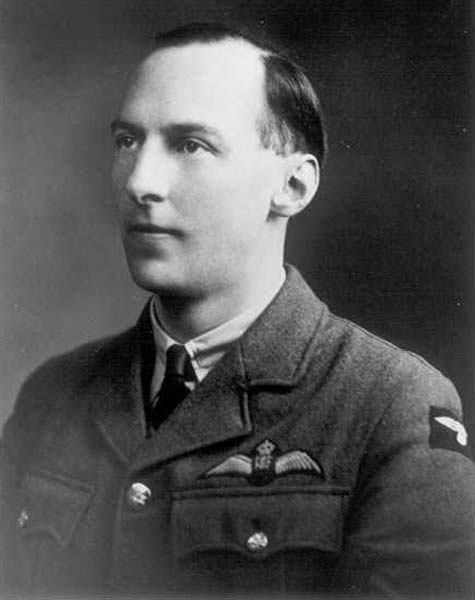 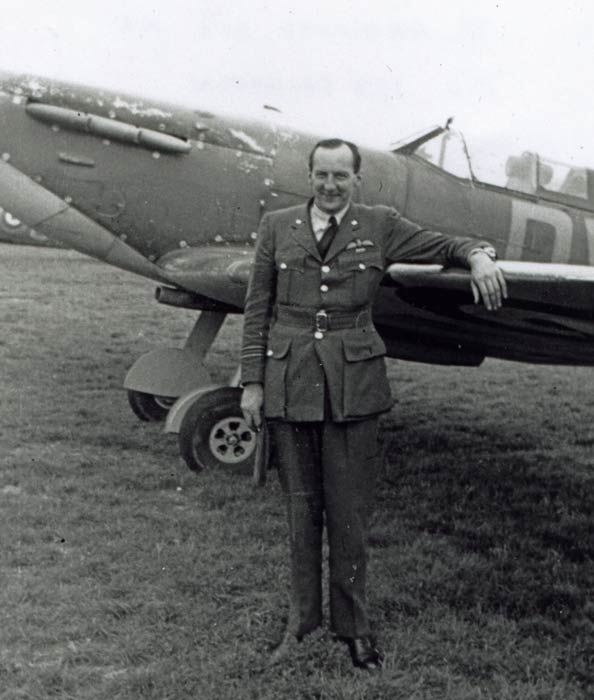 < = expand >
Dennis Lockhart Armitage was born in Little Hulton, Bolton, Lancashire on 28th March 1912 and learned to fly in 1934 at the Lancashire Aero Club at Woodford, Cheshire and joined the RAFVR on its formation in 1936. Called to full-time service on 1st September 1939, he completed his flying training at 2 FTS Brize Norton. On 10th December 1939 Armitage was commissioned and joined 266 Squadron at Sutton Bridge, the squadron then had just a few Fairey Battles. He was appointed A' Flight Commander on 3rd August 1940.

On the 12th he claimed the destruction of a Ju88. The next day both the CO and the other flight commander were shot down and he assumed temporary command of the squadron. On 21st September, having only five pilots remaining, 266 was sent to Wittering to reform, S/Ldr. Jameson being posted in as CO.

Armitage was posted from 266 in May 1941 and was awarded the DFC (gazetted 18th July 1941) for his service with the squadron. Promoted to Acting Squadron Leader, Armitage took command of 129 Squadron on 20th June 1941, then forming with Spitfires at Leconfield.

On 21st September, on a Wing-escort for bombers attacking targets in France, Armitage was shot down over Boulogne. He baled out and was captured.

He was released from the RAF in late 1945, as a Squadron Leader. Armitage passed away on 5th March 2004.