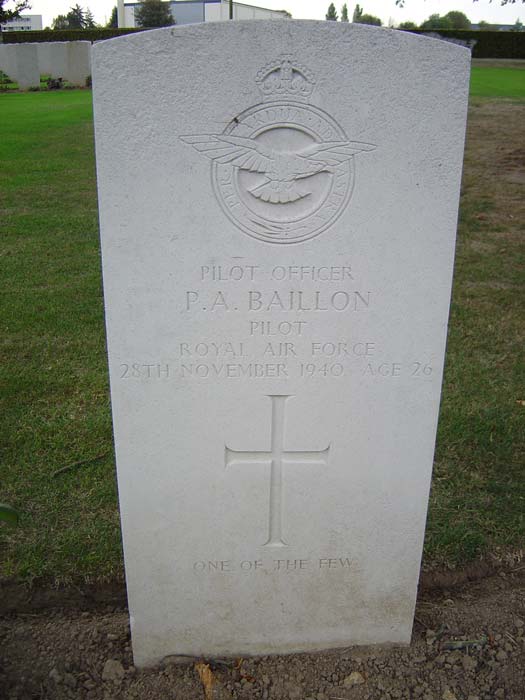 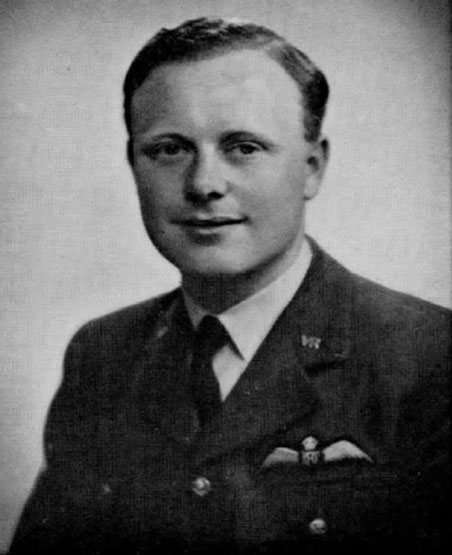 < = expand >
Paul Abbott Baillon was born at Upton, Northampton on 1st April 1914. He was educated at Ratcliffe College and joined a firm of solicitors, qualifying in July 1938.

He joined the RAFVR as an Airman u/t Pilot in September 1938 and trained at 6 E&RFTS Sywell. Called up on the outbreak of war he completed his training at 1 ITW Hastings, Cranwell FTS and 7 OTU Hawarden.

He joined 609 Squadron at Middle Wallop in September 1940. On the 27th October his Spitfire, P9503, was severely damaged by return fire from an enemy aircraft engaged over Andover.
Baillon baled out, unhurt, near Upavon.

In combat with Me109’s over the Channel in the late afternoon of 28th November 1940 Baillon was shot down into the Channel, in Spitfire R6631.

His body was later washed ashore on the French coast and he is buried in Bayeux War Cemetery. XXVIII. J. 25.