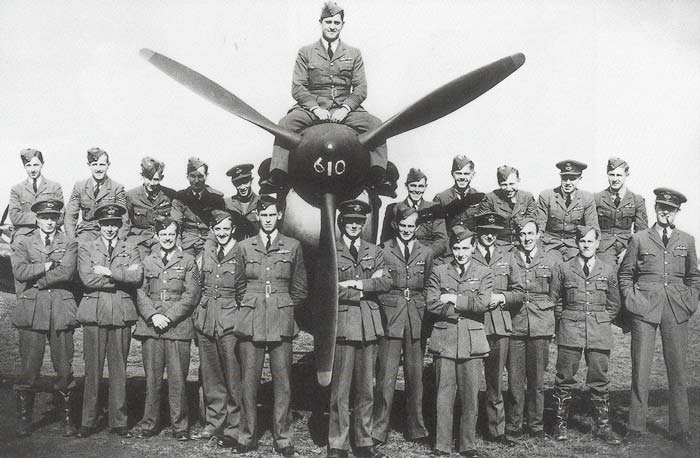 He moved to 9 FTS Hullavington on No. 18 Course on 18th April 1940 and on completion he rejoined 610 at Biggin Hill on 27th July. With no experience of Spitfires, Baker and three other new arrivals were sent to 7 OTU Hawarden on the 29th.

Commissioned in April 1941, Baker later went to the Middle East and joined 112 Squadron in the Western Desert in February 1942.

On completing his operational tour he was awarded the DFC (gazetted 4th December 1942).

Baker was released from the RAF in 1946 as a Flight Lieutenant.

Sgt A C Baker is sitting on port wing 4th from the right.