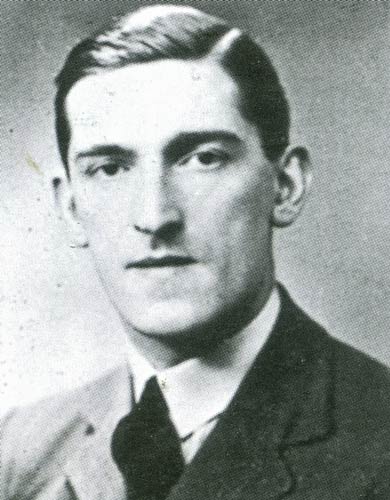 < = expand >
Robert Hugh Barber was born on 19th December 1915 at Hatfield, Hertfordshire. He moved to Lincolnshire as a child and was educated at Oakham School. He went into estate agency at first but then in 1935 joined the Metropolitan Police.

Barber entered the RAF on a short service commission in June 1939. After completing his initial training at 22 E&RFTS Cambridge he was posted to 12 FTS Grantham in late August.

In early 1940 Barber went to RAF Manby for an armament course then in July he was posted to 7 OTU Harwarden to convert to Spitfires. On 15th August he joined 46 Squadron at Digby.

On 4th September, acting as weaver, Barber was jumped by a Me109 over Rochford. His glycol system was damaged and he was soaked in fluid. He dived from 15000 feet and made a belly-landing at Chigborough Farm, Heybridge. He was admitted to St Margaret's Hospital, Epping, with three fractured vertrbrae in his neck and his jaw broken in three places.

He was in hospital for six months.

Barber's medical category barred him from further operational flying and he went to HQ 10 Group as an assistant to the Controller. When Wg Cdr A G Malan formed CGS at Sutton Bridge, Barber was one of his first pupils.

Early in 1944 Barber went to the Gun Research Unit at Exeter, flying with the new gyro gunsight. He was then given command of a non-operational Spitfire squadron at Southend, to train pilots on the new sight, including some Americans.

Later in the year the squadron moved to North Weald. Barber had to return to Southend to settle some administrative matters. He was to be flown there in an Oxford but the aircraft swung on take-off and crashed. The pilot was killed and Barber went into hospital for several months.

He returned to the APC at Warmwell but then joined a Disarmament Group that was about to move to Germany. After a motor accident on a mined bridge and another spell in hospital, Barber was posted to Sylt to set up an APC for Squadron training.

Barber was released from the RAF in 1947 and emigrated to New Zealand.