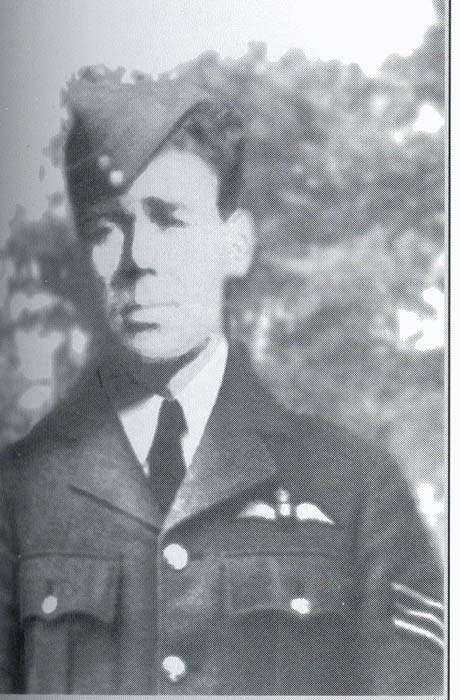 < = expand >
Stanley Michael Barraclough was born on 2nd April 1917, the only child of Douglas and Dorothea, at Livingstone in Northern Rhodesia where his father was the Senior Civil Servant for the district. At the age of three he and his mother returned to England in preparation for his education. They lived with his maternal grandparents at the vicarage in Shoreham, Sussex, where his grandfather was the vicar. Michael and his mother were soon to move with his grandparents the short distance along the coast to Chichester.

After his primary education he entered the local Public School in 1925. Sporting success came naturally to him, he was selected for the First teams at cricket, rugby and hockey, but to achieve academically he had to work hard to be in the top half of his class come the end of term. During this time news was received from Rhodesia that his father had been reported as missing in the Bush, no rational explanation for his disappearance has ever come to light.

In 1929 Michael and a like-minded friend moved to the Training Ship “Mercury” at Hamble near Southampton which catered for pupils who intended to join the Navy. It was very strict on discipline and trainees were still flogged over a cannon as they had been in Nelson’s era. Michael had decided on a career in the Royal Navy, rather than take the “easy route”, a job in the Architects office of his new Stepfather. In 1931 he witnessed a momentous milestone in aviation history, the winning of the Schneider Trophy by the RAF. The grace and the speed of the Spitfire’s forerunner thrilled him and at this moment he decided that he wanted to fly. In early 1932 he successfully sat the entrance exam for the RAF. and was accepted as an apprentice Metal Rigger. He learnt his trade at RAF. Halton in Buckinghamshire far from the family home at Marple Bridge in Cheshire.

Having completed his training he was posted firstly to Cranwell and then to Iraq, where he also trained to be an Observer as well as performing his Rigger’s duties. During 1937-1938 he was privileged to fly as Observer to his Commanding Officer, the same man who had inspired him to join the RAF, the pilot of that Schneider Trophy winning seaplane!

His desire to be a pilot as strong as ever, his request for pilot training was approved. On arrival back in England during the spring of 1939, he did his initial training at Filton, Avon, moving to Brize Norton in Oxfordshire for his flying training. The outbreak of war shortened all training programmes, Michael completing his in late February 1940 and being posted to 92 Squadron. During his time as a Sergeant pilot with 92 at Pembrey he flew more than 60 operational sorties and scored more than one victory however for undisclosed personal reasons he never made any claims.

Michael Barraclough left Pembrey with 92 when the squadron was transferred to Biggin Hill but was instead posted to 7 OTU at Hawarden, where he taught other experienced pilots how to fly Spitfires. After a short period he moved to the Central Flying School on Salisbury Plain Wiltshire, where he spent seven weeks becoming a Flying Instructor. He was then posted to 15 FTS at Kidlington Oxfordshire, here he taught young airmen to fly, they were destined to replace those lost during the Battle.

He was commissioned as a Pilot Officer on 28th June 1941, and later moved to the Flying Instructors School in Scotland where he remained until he returned to operational flying in 1944. He flew Mosquito night-fighters fitted with airborne radar for use in the Intruder role to counter the enemy night-fighters which were attacking RAF bombing missions.

Michael remained in the RAF post-war at the Empire Central Flying School at Little Rissington, Gloucestershire. Here he evaluated many types of aircraft and began flying jet-powered aircraft. In May 1946 he re-formed 504 Sqn at Syerston, Nottinghamshire shortly afterwards the squadron moved to Hucknall. At this point he was promoted to Squadron Leader, and posted for Staff duties at Reserve Command HQ.

1949-51 saw him at the Air Ministry in London, where he was responsible for foreign Air Attaches. He then went on No.9 course at the RAF Staff College at Andover, Hampshire. “Desk-flying” ceased in 1952 when he became Deputy Chief Instructor at 231 OCU. This entailed the training of Canberra bomber crews belonging to overseas air forces, bringing them up to operational standard. This was followed by three years of staff duties in Cyprus, where he co-ordinated the withdrawal of units from the Middle East. He retired from the RAF on 28th May 1958 after 25 years service.

His first three years of civilian life were spent working in the whisky export business, the remainder of his working life was spent as an Administration Manager for a construction company. Michael never married, and spent his retirement solving crosswords, playing Bridge and enjoying the social life of the retirement village where he lived in East Anglia.

Michael spent a major part of his RAF career teaching pilots and instructors, passing on the skills he had learnt on the steep learning curve of early 1940 and those learnt as one of “The Few” in the early days of the Battle.